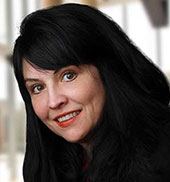 In a blow to certain distressed companies, the Tax Cuts and Jobs Act of 2017 eliminates the ability of taxpayers to carry back net operating losses (“NOLs”) incurred after December 31, 2017, to previous tax years. Under the old law, a taxpayer could carry back NOLs for two years and carry forward NOLs for 20 years.

The U.S. Supreme Court described the policy reasons for the carry back and carry forward rules as follows:

[These rules] ameliorate the unduly drastic consequences of taxing income strictly on an annual basis. [The rules] were designed to permit a taxpayer to set off its lean years against its lush years, and to strike something like an average taxable income computed over a period longer than one year.

Section 3302 of the Tax Cuts and Jobs Act of 2017 eliminates entirely the carry back of non-farming related NOLs. Companies may no longer carry back NOLs to receive refunds for taxes paid in the previous two years. This will hamper the restructuring efforts of many companies that may no longer rely on tax refunds generated from the NOL carryback.

The new law could also adversely affect the administration of Chapter 7 bankruptcy estates. Chapter 7 estates will frequently receive income in one year but will not incur corresponding expenses (such as distributions to creditors) until later years, after all claims have been administered.

Under the old law, an estate might have to pay income tax in the year the income was recognized, but it could carry back losses in the future years to receive a refund. The new law, however, precludes the estate from carrying back the losses. In order to ameliorate such a mismatch between the recognition of income and the incurrence of a loss, a bankruptcy trustee may want to consider establishing a Qualified Settlement Fund (“QSF”) under Section 468B of the Internal Revenue Code and Section 1.468B-1(c) of the Treasury Regulations. The trustee could then make an interim distribution from the bankruptcy estate to the QSF in the same year the estate recognizes the income. The estate’s contributions to the QSF could be deducted in the year made, thereby reducing the estate’s income tax liability. The funds would remain in the QSF until the Chapter 7 case was fully administered and then distributed to the holders of allowed claims.

The new law also changes the rules on NOL carry forward. The 20-year limitation was eliminated, giving the taxpayer the ability to carry forward losses indefinitely. However, NOL carry forward arising after January 1, 2018, will now be limited to 80 percent of taxable income.

David Warfield is the co-chair of Thompson Coburn’s Financial Restructuring Group. You can reach David at (314) 552-6079.