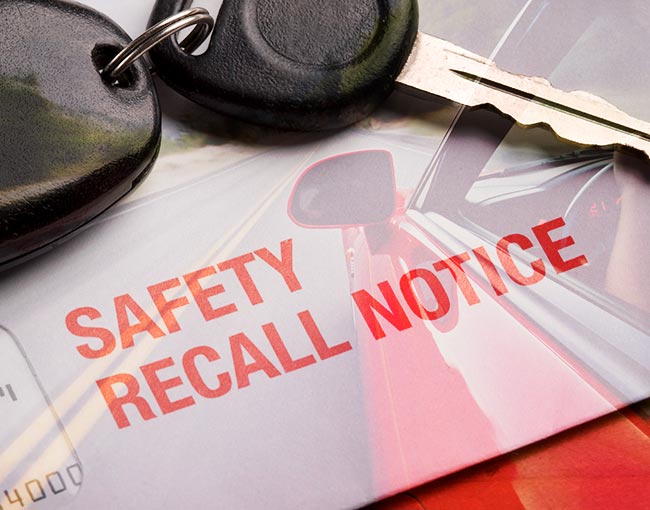 On November 2, 2015, a group of plaintiffs won a motion for attorneys’ fees against Ford Motor Company, even though Ford’s voluntary recall of vehicles mooted the plaintiffs’ lawsuit. In MacDonald v. Ford Motor Company, the U.S. District Court for the Northern District of California detailed how such fees could be granted by applying a “catalyst” theory to California Civil Code § 1021.5.

Section 1021.5 and the catalyst theory

Section 1021.5 provides an exception to the general rule that each party to a lawsuit must bear its own attorneys’ fees. Under section 1021.5, a court can award attorneys’ fees to a “successful party” when a lawsuit results in the enforcement of an important right affecting the public interest if (a) the enforcement creates a significant benefit for the general public or a large group of people; (b) the necessity and financial burden of enforcement make the award appropriate; and (c) the fees should not in the interest of justice be paid out of the plaintiff’s recovery.

A plaintiff does not have to win in the lawsuit to be a “successful party” under the catalyst theory. A party is “successful” if (a) the lawsuit was a substantial factor in motivating the defendants to provide the relief sought; (b) the lawsuit had merit and achieved its catalytic effect by threat of victory and not because it would be a nuisance or expensive, and (c) the plaintiffs attempted to settle before filing the lawsuit.

Notably, the Court did not require direct evidence that the lawsuit prompted Ford to act. Rather, as the Court explained, “the chronology of events may raise an inference that the litigation was the catalyst for relief.”

Facts and the Court’s Analysis

On June 28, 2013, plaintiffs filed a lawsuit against Ford alleging violations of the California Legal Remedies Act (CLRA), Unfair Competition Law (UCL), Song-Beverly Act, and the Magnuson-Moss Warranty Act. Plaintiffs claimed certain Ford cars had defective cooling pumps that could cause an abrupt loss of power to the car.

Ford moved to dismiss plaintiffs’ complaint. On March 31, 2014, the Court granted in part and denied in part Ford’s motion. The CLRA and UCL claims survived. On September 2, 2014, Ford informed the National Highway Traffic Safety Administration (NHTSA) of its intent to perform a voluntary safety recall.

Ford presented evidence that its decision to issue the recall was independent of the lawsuit. In 2009, Ford’s Early Warning Data Trend Specialist, Kenneth Lilly, determined that certain Ford cars had an above average stall rate. Then, in February 2014, Transport Canada (Canada’s counterpart to the NHTSA) emailed Ford’s Canadian subsidiary to report incidents of stalling Fords. Consequently, in April 2014, Lilly (again) reviewed the data. Unaware of the lawsuit, he then reported the issue to others at Ford. After further analysis, Ford’s Technical Review Group recommended a safety recall; and Ford’s Field Review Committee approved the recall on August 25, 2014.

Nevertheless, the Court found that the “chronology of events … raise[d] an inference that the litigation was the catalyst for relief.” The Court was not convinced that an email inquiry from Transport Canada inspired Lilly to report the issue when several complaints to NHTSA and a class action lawsuit did not. It also found Ford’s actions were “just too much of a coincidence to be a coincidence,” noting Lilly’s report came only after Ford lost its motion to dismiss the CLRA and UCL claims. Additionally, the Court was troubled by the lack of evidence relating to the identity of the person who made the final decision to issue the recall and whether this person was aware of the plaintiffs’ lawsuit.

The Court is scheduled to hear the parties’ arguments over the amount of the attorneys’ fee award on January 14, 2016. Plaintiffs’ papers, filed on December 2, 2015, indicate plaintiffs seek at least $800,000 in attorneys’ fees.

The Court’s attention to the timing of events reinforces the need for automakers to have constant internal coordination on safety issues, recalls and product/defect litigation. With the automotive industry facing an unprecedented number of recalls, the implementation of such internal processes will help satisfy the organizational communication, transparency and accountability expected of automakers by federal regulators. The bright spot is that an effective internal process will also help automakers get ahead of a plaintiff who tries to claim he or she was a catalyst for a recall.

Natalie Ikhlassi is an associate in Thompson Coburn's automotive group. She can be reached at 310-282-9453.