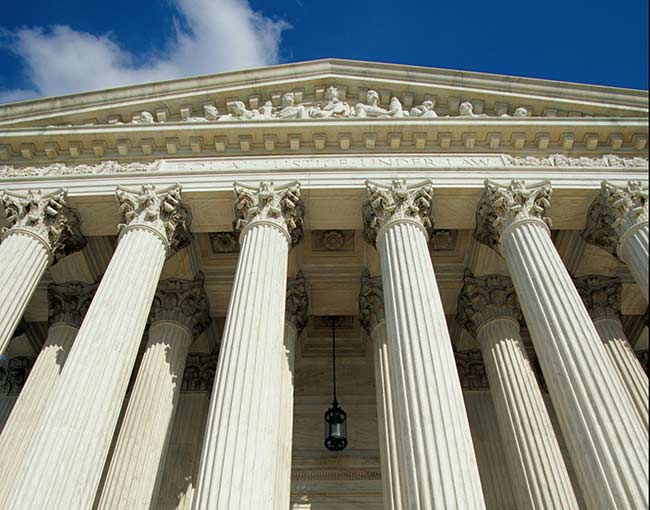 The United States Supreme Court held in a largely unanimous decision that any sale of a patented item (whether foreign or domestic) exhausts the patentee’s ability to enforce post-sale restrictions through an infringement suit.

Impression Products, Inc. v. Lexmark International, Inc. overturns two Federal Circuit decisions (Mallinckrodt, Inc. v. Medipart, Inc. and Jazz Photo Corp. v. International Trade Commission) and likely requires patentees to pursue post-sale enforcement through contractual remedies. This decision is likely to impact companies pursuing the “razor blade model.” These companies (like those involved in the sale of printer ink) are more likely to try to obtain a full measure of profit initially since they can no longer limit post-sale use through infringement suits aimed at competitors. Likewise, this decision may impact companies who sell patented items overseas at depressed prices, since those companies cannot sue for patent infringement if the items end up in the U.S. market.

Impression Products arises out of Lexmark’s ongoing battles with printer ink cartridge remanufacturers. Petitioner is an acknowledged remanufacturer of printer cartridges. Petitioner obtained cartridges from Lexmark’s customers that were either purchased under a contractual restriction that they could not be resold, or purchased abroad and returned to the United States. Thus, this most recent skirmish focused on two narrow issues: 1) whether a domestic sale of an article extinguished patent rights regardless of any contractual limitations placed on that sale; and 2) whether a sale of an article internationally extinguished patent rights domestically. On appeal, the Federal Circuit held that neither sale extinguished the patent rights, thus permitting a domestic infringement suit against a competitor. The Supreme Court reversed the Federal Circuit on both grounds.

The Supreme Court reached its conclusion with respect to domestic sales by examining the law’s abhorrence of restraints on the ability to sell property. Whereas the Federal Circuit analyzed exhaustion as a rebuttable presumption that parties could negotiate around, the Supreme Court determined that a sale is an absolute limit on a patentee’s rights. In short, the Supreme Court found Lexmark “exhausted its patent rights in these cartridges the moment it sold them” and could not maintain an infringement suit. In this way, a license is distinguishable from a sale – title is not passed and the licensee has no right to sell the licensed article.

International sales likewise result in an exhaustion of patent rights in the United States. Drawing on its recent Kirtsaeng decision concerning exhaustion of copyrights, the Supreme Court held that the territorial limit on patents (or sales made at lower prices because of an absence of protection abroad) is not a valid basis to avoid the exhaustion doctrine. “Exhaustion is a separate limit on the patent grant, and does not depend on the patentee receiving some undefined premium for selling the right to access the American market. A purchaser buys an item, not patent rights.”

With the government’s attention turning to taxes, your estate plan may need your attention