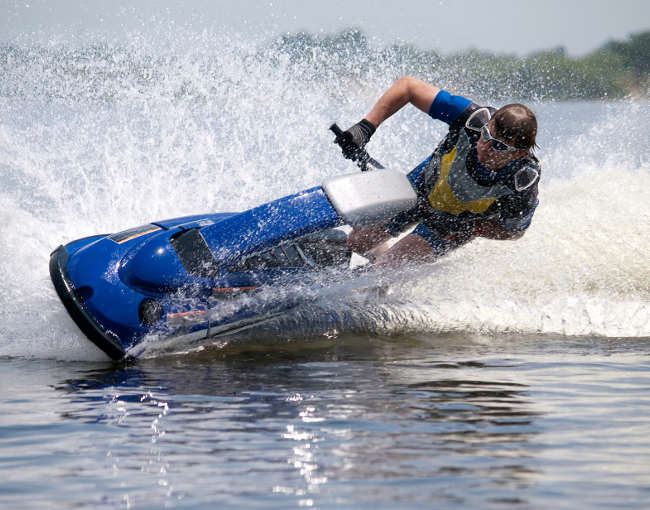 In July 2008, plaintiff John Beaver was riding a Jet Ski that exploded after a 45-minute ride with his brother. The plaintiffs (John and his brother, Justin Beaver) sought $2 million in damages, claiming that the product, a Kawasaki Jet Ski personal watercraft, was defective. An Iraq war veteran who served two tours of duty, Beaver claimed additional post-traumatic stress as a result of the explosion.

The trial included significant evidence about the brothers’ actions leading up to the explosion. For example, the owner of the Jet Ski, a doctor, testified that when the watercraft initially refused to start, the brothers pushed it to a neighbor’s dock and “did something to it” in an attempt to start it. The owner also said the brothers removed the seat of the watercraft and poked around the engine.

“The [plaintiffs] denied that any of this happened at the doctor’s house,” Mueller told Law360 in an article about the verdict. “[However, the police saw] jumper cables down on the dock. There were also scratch marks on the fuel filter, the fuel filter line was disconnected and the spark plug cap was off.”

The 2004 Jet Ski had two fuel-related recalls, both of which were admitted into evidence.

“The recalls got into evidence and there was testimony about them, but the jury in this case was able to see that the recall really wasn't something that had to do with this explosion,” Mueller said.

At the conclusion of the two-and-a-half week trial, the jury deliberated for about three hours and found no defect. The plaintiffs were represented by Marie Docter of Briggs & Briggs, Tacoma, Wash., and the defense was represented by Rick Mueller and Rachel Reynolds of Sedgwick LLP, Seattle.