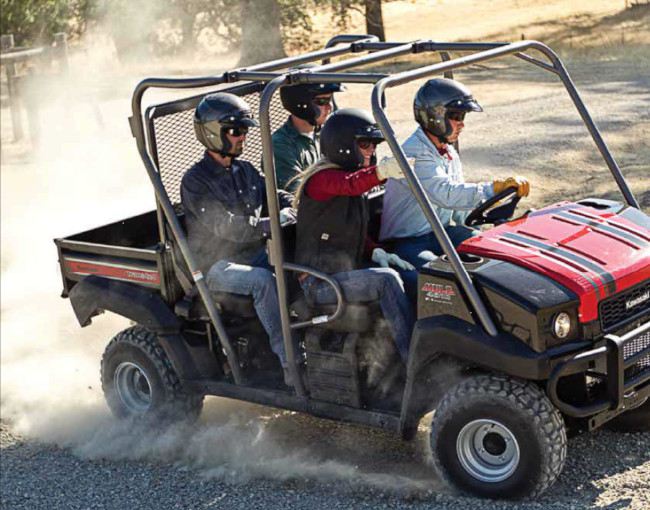 Plaintiffs Doris and Melanie Norris sued Kawasaki for damages associated with the rollover of a 2013 Kawasaki Mule 4010 utility vehicle (UTV) which occurred in August 2014. Melanie was 12 years old at the time and was a passenger riding with two underage friends when the Mule was rolled.  None of the occupants wore their seatbelts, and they were all ejected during the rollover. Ms. Norris received a severe injury to her leg, resulting in over $400,000 in medical bills, as well as estimated future expenses totaling $175,000. According to the Plaintiffs, Ms. Norris experienced more than 20 surgeries, including multiple skin grafts, a bone graph and leg lengthening treatments.

Plaintiffs asserted a failure to warn claim and design defect claims related to the Kawasaki Mule’s allegedly inadequate occupant protection system, i.e., that the vehicle should have had doors, shoulder bolsters and side netting. The applicable Society of Automotive Engineers (“SAE”) J2258 standard did not require doors or netting. Other standards for higher speed off-road vehicles, established by Recreational Off-Highway Vehicle Association (“ROHVA”), require doors and netting.

Plaintiffs interjected issues related to prior “Rhino Recall” on that topic.  Plaintiffs also incorrectly argued that the Consumer Product Safety Commission (“CPSC”) lacked jurisdiction over the Kawasaki Mule and that the industry had conspired to control the CPSC and SAE regarding off-road vehicle standards. Both the SAE and ROHVA standards, along with the “Rhino Recall” were admitted into evidence, as well as Kawasaki’s ROHVA products that also have doors and netting per the ROHVA standards.

Plaintiffs’ experts were Herbert Newbold from Colorado (design) and Dr. Mariusz Ziejewski from North Dakota (biomechanics). Thompson Coburn retained Kevin Breen (Florida) and Dr. Michael Carhart (Exponent) to address these issues. Prior to trial, the court granted Kawasaki’s motion to exclude expert testimony regarding side netting, but later reversed itself.

After all of the evidence, the Court directed a verdict in Kawasaki’s favor on the warnings claim but submitted the design claims to the jury. In closing argument, Plaintiffs asked the jury for nearly $5 million dollars in damages. After eating lunch and asking one question about the jury instructions, the jury returned a defense verdict about 45 minutes later.