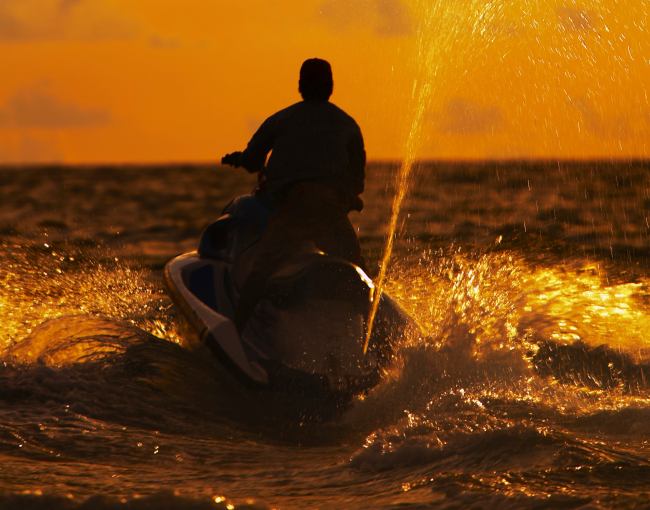 Products Liability partners Rick Mueller and Heather Counts secured another victory on behalf of Kawasaki Motors Corp., U.S.A., after excluding a plaintiff’s liability experts and obtaining summary judgment on design defect and failure to warn claims against Kawasaki on November 7, 2019.

Plaintiff Nicole Wells (a minor at the time) was injured during a 2015 outing on Utah’s Lake Powell after going out to cliff jump on the lake with a group of family and friends and then falling from the rear of a Jet Ski that was being operated by her aunt.

Plaintiff’s counsel, Friedman Rubin, brought suit against Kawasaki alleging design defect, failure to warn, breach of warranty, and for punitive damages, in federal district court for the District of Utah. The plaintiff also sued the rental company, H20 Zone, for negligence. The District Court ruled that admiralty jurisdiction existed and maritime law applied. H20 Zone brought suit against the individual who had rented the Jet Ski for the group’s use, as well as against Kawasaki. Kawasaki, in turn, filed cross-claims against the operator of the Jet Ski (the plaintiff’s aunt) and the plaintiff’s mother for their independent negligence.

The plaintiff named four expert witnesses regarding liability: Dr. Anand Kasbekar (mechanical engineer), Joellen Gill (warnings), Dr. Wilson Hayes (biomechanics), and Dr. Sourabh Apte (turbulence modeling). The plaintiff’s aunt named another expert witness, Brian Haygood (mechanical engineer). The experts essentially opined that the plaintiff’s injury would have been prevented by a differently designed seat or handholds on the subject Jet Ski and that on-product warnings are an ineffective solution because, for this risk, no warning would have worked.

Following the deposition (and rebuttal depositions) of these experts, as well as 26 fact witnesses, Kawasaki filed a series of Daubert briefs, arguing for the experts’ exclusion. As a result, the plaintiff withdrew two of her experts (Drs. Hayes and Apte, asserting that she would only call them on rebuttal). The aunt settled with the plaintiff, thus rendering Haygood’s alternative design opinions “moot.”

On November 7, 2019, the District Court granted both of Kawasaki’s Daubert motions against Plaintiff’s remaining liability experts (Dr. Kasbekar and Joellen Gill), finding that the warnings and human factors expert, Gill, was not qualified to opine on the Jet Ski’s warnings and that her opinions did not meet the reliability requirements of Rule 702. The district court likewise found that Dr. Kasbekar’s design opinions were unreliable and inadmissible under Rule 702. Because the plaintiff was left without admissible expert testimony to support her design defect and warnings claims, the district court granted summary judgment against the plaintiff on each of her claims against Kawasaki.