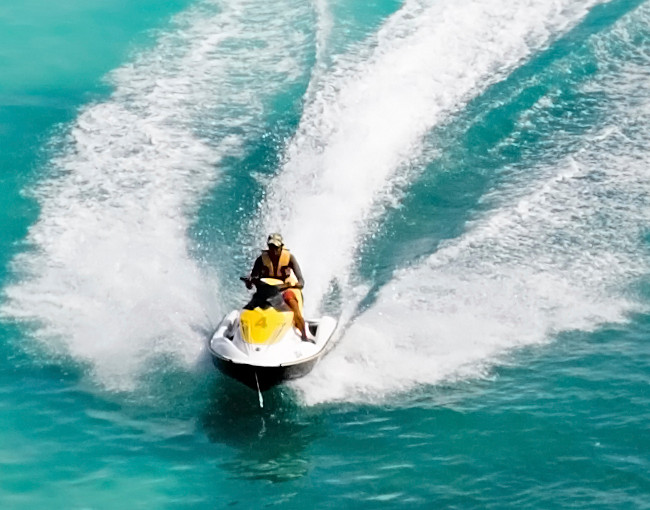 On July 4, 2016, Dominique Darnell was riding as the only passenger on a WaveRunner piloted by Thomas Moland on Logan Martin Lake in Alabama. While travelling across the water, Darnell fell off the craft and suffered internal injuries. Several warning labels were affixed to the WaveRunner, including warnings regarding prevention of the exact injury suffered by Darnell. She did not follow those warnings when riding. She was taken to a hospital and received extensive medical care over the following months.

Darnell sued for damages. Seeking to avoid the tort defenses available to defendants under the Alabama Extended Manufacturer’s Liability Doctrine (“AEMLD”), Darnell sued for breach of the implied warranty of merchantability under the Alabama Uniform Commercial Code, claiming “the jet ski was defective and not fit for the ordinary purpose for which the jet ski was to be used.” She asserted that the WaveRunner lacked devices to prevent a passenger from falling or that would cut off the engine in the event of a fall, i.e., a “kill” switch, effectively making a design defect claim.

Yamaha moved for summary judgment on Darnell’s claim, arguing that her claim was subsumed by the AEMLD and that her experts should be excluded under Daubert. Additionally, Yamaha argued that, even if there was a cognizable warranty claim for design defect, the evidence was insufficient here, considering the on-product warnings. After an extensive briefing schedule (including cross-motions for summary judgment) and a hearing on these issues, the Court ruled.

On August 4, the Court granted Yamaha’s motion for summary judgment. The Court did not reach the Daubert issues, having determined that under the facts there was no cognizable warranty claim. The Court concluded that there can be no implied warranty that a product does not contain a danger that the warning specifically recognizes. According to the Court, the “scope of a warranty may be discerned from the available warnings.” The craft operated as intended and it was safe for use, if the plaintiff had complied with the warnings.