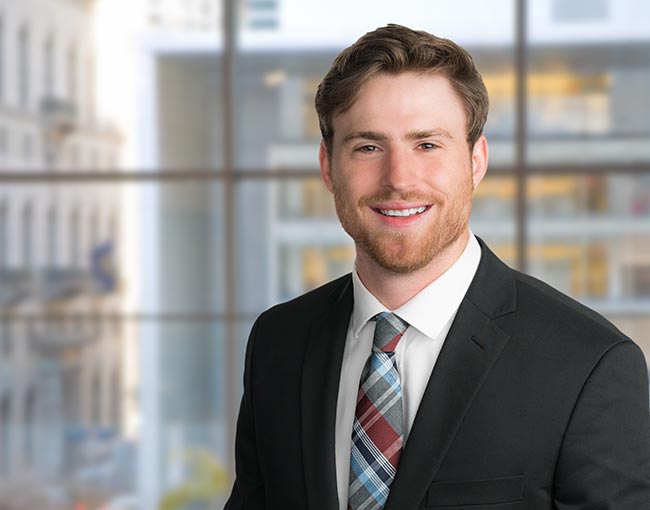 Jonah is an associate in the Firm's Railroad Litigation practice. Jonah was born and raised in the Southern Illinois area, and he completed his undergraduate degree at Southern Illinois University-Carbondale with a degree in Psychology as well as a minor in Political Science.

After completing his undergraduate degree, Jonah moved to Texas and received his J.D. from the University of Houston Law Center, largely tailoring his studies towards the health industry. Throughout law school, Jonah completed internships with the Illinois Attorney General's Office and the United States Attorney's Office for the Southern District of Texas, working closely with the Healthcare Prosecution team.

Jonah was an active member of UHLC's Alternative Dispute Resolution team where he competed in multiple negotiation and client counseling competitions. He also accepted membership to the Houston Health Law and Policy Journal where he explored the nuances of injury liability in professional athletics.

Prior to joining Thompson Coburn, Jonah practiced for a year with a small, boutique firm in Houston where he represented retired NFL players in their NFL Concussion Settlement lawsuits. He also worked in conjunction with several mass tort firms, exploring new mass torts as well as aiding them in securing financing for their mass tort dockets.

EEOC issues new guidance on COVID-19 vaccinations in the workplace