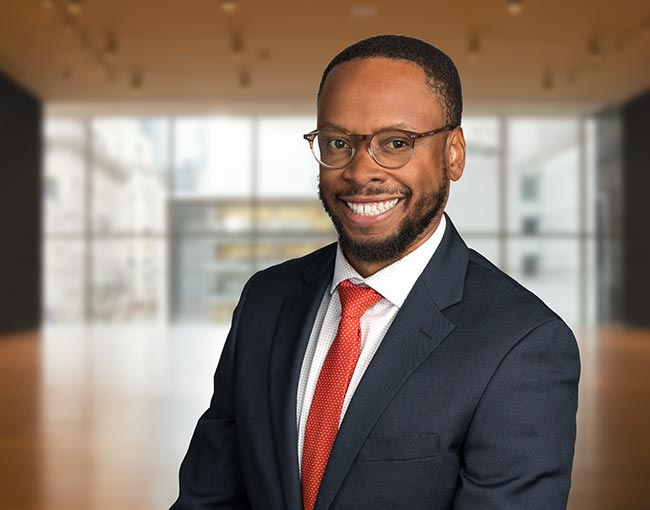 Sonthonax SaintGermain is an associate in Thompson Coburn's Southern Illinois office. He is a member of the Tort, Railroad and Products Liability practice groups.

Prior to joining the Firm, Sontho served as a law clerk to the Honorable Mary W. McDade, of the Third Judicial District of Illinois Appellate Court. He also worked as an Assistant Appellate Defender for Illinois' Office of the State Appellate Defender where he independently handled multiple appeals for indigent clients on various issues of constitutional law, statutory construction, sufficiency of trial evidence and other trial errors. He has significant experience advocating and orally arguing cases before the Illinois Appellate Court and Illinois Supreme Court.

Sontho received his J.D. from the University of Illinois, College of Law in 2014, where he was the Production Editor for the University of Illinois Journal of Law, Technology, and Policy. While in law school, Sontho was also an executive board member of the Black Law Students Association. He received his Bachelor of Science in Economics and a Master's of Science in Applied Economics from the Florida State University in 2008 and 2009 respectively. His masters' thesis was on the impact of business development districts on the crime rate in Miami-Dade County, Florida.

Before attending law school, Sontho worked as an Economic Research Analyst at the Agency for Workforce Innovation, now part of Florida's Department of Economic Opportunity, where he reviewed workforce surveys and conducted labor market impact studies.

Sontho is admitted to practice in Illinois and Florida.

Taking a Stock to the Moon: Determining Market Manipulation in the Age of Reddit
Timely Tech @ The University of Illinois March 2021