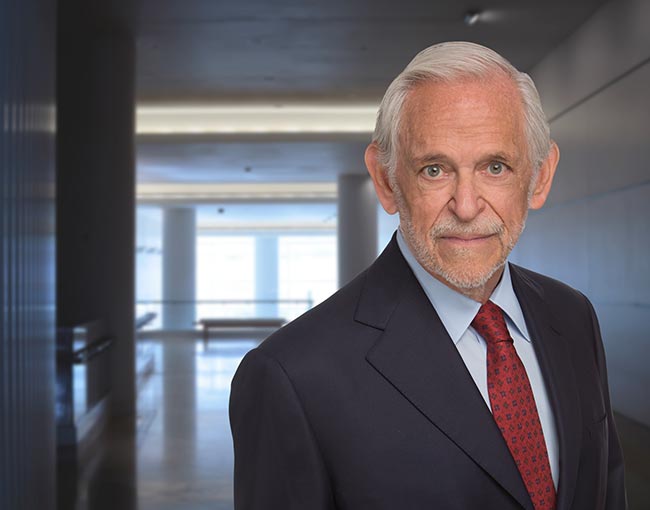 He has defended numerous employers in individual and class action lawsuits, including federal and state bench and jury trials. He regularly represents large and mid-sized corporations in these matters, and has first-chaired more than 100 employment litigations, arbitrations and NLRB trials.

In the early stages of class actions, he works closely with in-house counsel and human resources executives to analyze personnel policies, practices and compliance in light of federal and California laws, evaluate pay practices and compensation data and develop creative strategies to win summary judgment or defeat class certification. Art has helped numerous clients successfully resolve disputes in early mediation before expending large legal fees, often before an initial status conference or the hearing on class certification. He is one of the few California attorneys to have defended several wage class actions through trial. He has counseled employers through self-audits of personnel and pay practices and advised on obtaining releases of claims from employees in order to avoid litigation or class certification.

He has written over 150 articles and speaks extensively about employment law topics, including compliance under the FLSA and the California Labor Code. Art is the author of "Doing Business in California: An Employment Law Handbook" and "Complying With the Federal Family and Medical Leave Act and the California Pregnancy Disability Leave Law."

- Defended the subsidiary of a major consumer products company in a federal district court class action claiming unpaid overtime and travel expense reimbursement violations. After challenging whether common issues of fact existed among the class members, plaintiffs waived deadline for filing motion to certify the class and filed a separate action for 52 other individuals in California Superior Court. After the state case was removed to the federal district court, 62 individual plaintiffs agreed to a settlement on terms favorable to the defendants.

- Defended a company that had relied on a background check company's forms to be compliant with the federal Fair Credit Reporting Act in a class action filed on behalf of more than 17,000 individuals claiming technical noncompliance with the act. We asserted that the company was not liable for the technical errors and successfully persuaded a general liability insurer to support a classwide settlement of all claims on terms favorable to our client. Less than 30 percent of the class responded to the claims forms sent out by a third-party administrator.

- Defended a national retailer in this and other litigation in Alameda County Superior and other state courts alleging misclassification of employees and failure to pay overtime. Directed the collection of information pertaining to salary and hours of work data. Assisted in bringing the matter to early settlement without protracted litigation.

- Defended a national retailer in a class action claim alleging failure to reimburse employees for expenses and failure to provide meal and rest periods. Resolved the dispute in a mediation on favorable terms.

- Defended a retailer in a class action claim alleging misclassification of store managers and assistant managers, failure to pay overtime, and failure to provide meal and rest periods. Successfully opposed certification of meal period class, and led an eight-day bench trial resulting in a reduction of the class size by approximately 60 percent.

- Defended a national nurse staffing company in a class action involving over 3,500 nurses alleging failure to pay overtime, improper pay practices, and meal period violations. Litigated case to the point of settlement on terms acceptable to the client.

- After three administrative law judges and a trial court found a subsidiary of a major manufacturer liable for failing to pay retention bonuses to a class of employees who had been laid off, the client rejected the plaintiffs' counsel demand of $1.8 million to settle. On appeal of the trial court's award of $99,000 and an award to plaintiffs of over $880,000 in fees, persuaded the California Court of Appeal that our client had no obligation to pay the bonuses in the first instance. The court reversed the award of fees. On a second appeal following the trial court's award of $307,000 in catalyst attorneys' fees, obtained reversal and a remand directing the trial court to award our client all fees and costs in the eight-year litigation.

- Represented software company in recovering hardware and software following cybersecurity breaches by an employee who removed servers and laptops out of state without prior authorization.

Re-Opening Issues and Employer Liability Concerns In The Era Of COVID-19 October 15, 2020

Getting Back to Work in a Pandemic Environment June 10, 2020

House passes bill to clamp down on class actions March 31, 2017

“Complying With the Federal Family and Medical Leave Act and the California Pregnancy Disability Leave Law,"
2016

"Leaves of Absence as Reasonable Accommodations: When is Enough, Enough Under the ADA,"
Bender's California Labor & Employment Bulletin, December 2012

Art Silbergeld named one of the top employment lawyers in California August 1, 2016

As COVID-19 prompts more retail tenant bankruptcies, how should landlords and lenders respond?

DOJ and CFTC use tough tactics to pursue spoofers