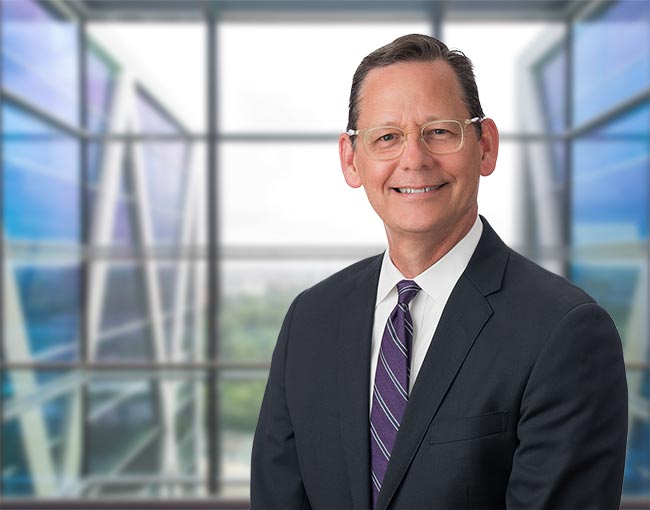 Bob has more than 25 years of experience defending class actions in state and federal courts across the country.

Bob has represented telecommunication companies, retailers, manufacturers, banks, railroads, public transit authorities, governmental entities, electric and agricultural cooperatives and energy companies in all aspects of the class action litigation process, from the initial responsive pleading through the class action trial. Bob has litigated class actions in 20 states and has argued more than 50 class certification hearings and participated in more than 100 certification rulings.

Prior to becoming a lawyer, Bob earned a business degree and worked in accounting and employee benefits administration for a regulated utility. This experience carries over into Bob's law practice, where he particularly enjoys learning about and defending challenged business practices.

Powerful results across a wide range of class action claims

Defeated motion to certify class of property owners whose homes were damaged by overland flooding.

Defeated class action against municipality based on doctrine of substantial compliance.

House passes bill to clamp down on class actions March 31, 2017