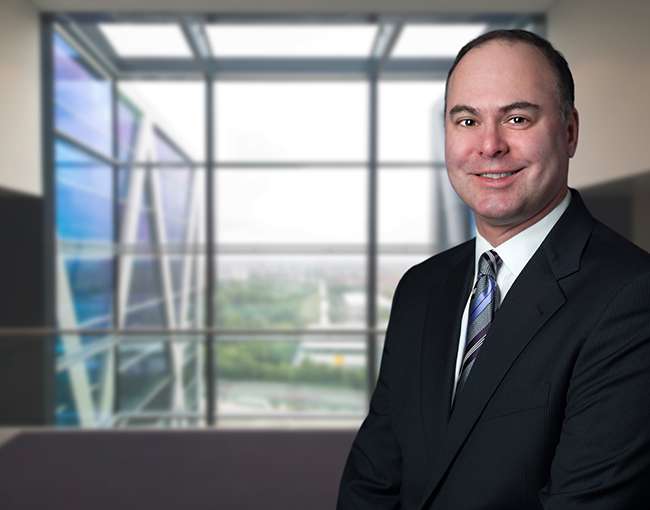 David is a corporate architect who develops and implements creative legal strategies that help clients achieve their high-level business and financial objectives.

He leads mergers and acquisitions for companies of all sizes and industries, providing a practical, 360-degree perspective on domestic and international transactions. As one client remarked to Chambers USA, which has ranked David as a leading lawyer for Corporate/M&A in Illinois since 2008, he demonstrates a proven ability to "balance time, money, and outcome for clients."

David has led over $8 billion in securities offerings, and represents both issuers and underwriters in primary and secondary offerings of equity and debt. He also advises investors on their security investments in public companies, and represents private equity participants (including fundless sponsors and high net worth individuals) in their transactions. David frequently provides ongoing SEC compliance and reporting.

David has extensive experience in the private equity space, and helps buyers and sellers make smart, legally sound decisions on investments in a variety of sectors, from high-tech to innovative restaurant concepts to unique entertainment facilities.

Boards of directors, board committees and officers regularly look to David for practical, actionable guidance on their fiduciary duties and other obligations. He has helped boards and board members navigate changes of control, contests for corporate control, and other liabilities, all while working within the complicated state and federal regulatory framework governing public companies.

David is one of the few corporate practitioners who regularly advises financial advisors in connection with their engagements in rendering fairness and solvency and "non-solvency" opinions. He also advises both acquirers and sellers of SEC reporting "corporate shells" and other participants in mergers with these shells.

What you should do when PE firm offers to buy your business: Part 3 September 9, 2019

Sweeping tax reform necessitates review and analysis of form of entity May 3, 2018

Private equity’s top ten issues for the next president November 7, 2016

Preparing for Success: How to Position your Company for a Liquidity Event September 17, 2014

"Why I Dumped My Blackberry (And Got an iPhone)";
LJN's Legal Tech Newsletter, March 2012

"Proactive Steps for Businesses to Consider in a Down Economy";
The Legal Intelligencer, November 4, 2008

"Rights Offerings Increase in Popularity as a Method of Raising Capital";
Client Advisory

"What Board Members Need to Know About the SEC Proposal for New Investor Powers";
Reed Seminars webinar, May 2009

"Whistleblower Hotlines Under Section 301 of Sarbanes-Oxley: More Than a Mandate";
Shareholder.com Webcast, December 2003

"The Current Regulatory Environment: What You Need to Know and What You Need to Do";
John Lafferty's Business and Financial Strategies for Owners and Entrepreneurs radio show on BusinessAmericaRadio.com, 2004

Executing and Funding Spin-Offs and Divestitures - The ABCs of Spin-Offs;
Chicago, 2002

Webinar: ‘Preparing for Success - How to Position Your Company for a Liquidity Event’ September 15, 2014