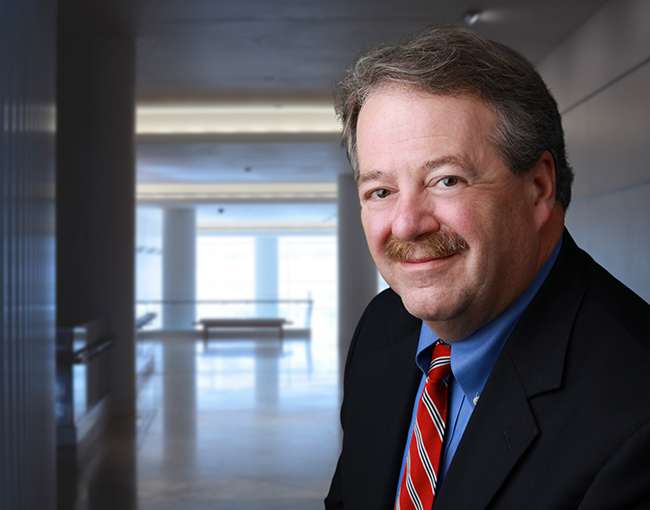 Ed is a veteran litigator and head of the Firm's Antitrust Practice Group. He frequently serves as lead antitrust counsel for clients across a broad range of industries.

In his national antitrust practice, Ed represents clients in civil litigation, mergers and acquisitions, agency investigations, and class actions. Known for his novel approaches and dogged determination to outwork the other side, Ed's work for antitrust clients has derailed class actions, thrown out the expert testimony of a Nobel nominee, led to the rare survival of "Kodak"-style aftermarket counterclaims, and resulted in the denial of preliminary injunctions and the granting of dismissals and summary judgment in favor of our clients.

He also regularly provides antitrust counseling and evaluations regarding mergers and acquisitions, including advocacy for both buyers and sellers before the FTC and DOJ in Hart-Scott-Rodino reviews.

Lead counsel in RICO/fraud matter for distributor against dealer (2020); case settled for >$3 million in favor of our client

Lead antitrust and damages counsel defending a trade association in international arbitration (2018). Our client was one of several defendants in Section One conspiracy claim where damages sought were over $400 million. Obtained dismissal of antitrust claims against our client (2017), and our briefing was relied on by tribunal in ultimately finding no antitrust liability on the part of the remaining co-defendants, and ordering plaintiff to pay millions in defendants' attorneys' fees, costs, and expenses.

Lead counsel in RICO/fraud matter for distributor against dealer (2018); case settled for full demand by our client (nearly $2 million).

Lead antitrust and damages counsel in defending a $30 billion publicly traded cell tower operator against competitor's antitrust claims of monopolization and attempted monopolization in violation of Section 2 of the Sherman Act. (N.D. Tex. 2012-14). After the close of discovery, our client's motion for summary judgment on the Section 2 claims was granted. The case continued on Lanham Act and other claims, settling soon after our client's Daubert motion was granted, and the analysis of Plaintiff's expert (a Nobel nominee) was deemed unreliable.

Lead counsel in antitrust case defending U.S. distributor of copying machines and products against Section 1 tying claims, including "Kodak" type claims, (as well as tortious interference, breach of contract, and breach of good faith and fair dealing claims) brought by a dealer. (D. Or. 2013). Our client defeated Plaintiff's motion for preliminary injunction, and the district court thereafter granted our client's Motion to Dismiss the antitrust claims (as well as the other claims). This case was followed by a RICO/fraud suit against the dealer, morphing into litigation in federal courts in Oregon and California, and arbitration in Boston and Chicago, all of which settled on confidential terms.

Lead trial counsel in fraud/RICO case brought by distributor against former dealer; case tried to arbitration panel with award to our client.

Lead antitrust counsel in federal court in Massachusetts and the Court of Appeals for the Federal Circuit in an intellectual property and antitrust "aftermarket" case of national significance. The client — an independent service organization that provided aftermarket service on computer robotic tape libraries—was sued by the robotic manufacturer for, inter alia, alleged patent and copyright infringement, along with alleged violations of the Digital Millennium Copyright Act. Our client counterclaimed, asserting "Kodak" aftermarket claims. We alleged the plaintiff company had violated Section 1 of the Sherman Act by tying access to its alleged intellectual property rights in microcode to the use of its service, and that the company had violated Section 2 by using its alleged IP rights to monopolize and attempt to monopolize the aftermarket for service of its equipment. After several years of discovery and intensive briefing on summary judgment motions, the federal district court largely denied the plaintiff's motions for summary judgment on the "Kodak" claims, and the case preceded to trial (with other counsel) on those claims. To the best of our knowledge, our client's antitrust claims stand alone with very few other cases (out of approximately 50 such cases filed) as the only "Kodak"-type claims to survive a summary judgment or dismissal challenge. At the conclusion of the evidence at trial, the case settled under terms that are confidential.

Lead defense attorney in a putative nationwide class action antitrust suit brought in federal court in California. The case involved Section 1 and 2 claims (including "Kodak" aftermarket claims) by all public schools in the United States against a foreign reprographics (copy industry) manufacturer and its U.S. distributor. The claims involved allegations of antitrust violations arising from alleged product disparagement, including an array of claims arising under the Sherman and Clayton Acts and involving extensive market analysis. In the four years the case was pending, no class was ever certified, and after favorable rulings on a series of our client's Illinois Brick motions, the case was resolved under terms that are confidential.

Lead defense attorney in an antitrust action brought by a generic product competitor in California federal court against a foreign reprographics (copy industry) manufacturer and its U.S. distributor. This case included "Kodak"-styled antitrust claims arising from alleged product disparagement under both the Clayton and Sherman Acts, California state law claims, and the Massachusetts Consumer Protection Act. The foreign parent company's motion to dismiss for lack of personal jurisdiction was granted, and Plaintiff's extensively litigated motion for a preliminary injunction was denied. After three years of litigation, the case was settled on terms extremely favorable to our Firm's client.

One of the lead attorneys in a case where Thompson Coburn LLP represented an automobile dealer suing a major automotive distributor. That case involved franchise law and the Illinois Automobile Dealer Protection Act, and resulted in a finding of liability, including trebling of damages and attorneys' fees. A jury awarded damages which were then trebled to an award of almost $7 million. The case was ultimately settled.

Represented landowners in their successful appeal of a Clean Water Act/Wetlands lawsuit brought by U.S. Army Corps of Engineers. Our clients were owners of the largest contiguous farm in the State of Missouri. The Eighth Circuit reversed an adverse ruling of the district court and directed that judgment be entered in favor of our clients instead. United States v. Green Acres Enterprises, Inc. Pursuant to the Equal Access to Justice Act, the Eighth Circuit also awarded our clients their attorneys' fees incurred on appeal.

HSR filers: Close at your own risk as FTC is overwhelmed by "tidal wave of merger filings" August 19, 2021

Out with the old, in with the NAPSC: FTC announces changes to HSR Revenue Reporting July 16, 2019

Presentation to U.S. Congress House Subcommittee on Water Resources concerning the need for legislative reform of Section 404 and wetland regulations;
1990