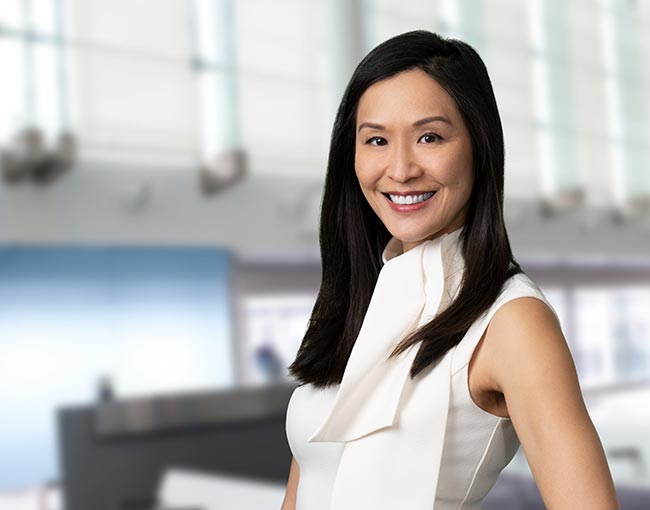 She counsels company owners, executives and boards on both their short-term and long-term business goals. Her clients range from start-ups to established companies, including a large government-sponsored enterprise and many institutions of higher learning. She is fortunate to serve as a trusted advisor to both non-profit and for-profit organizations as they tackle strategic transactions, business contracts and corporate governance matters. While her clients run the gamut from global manufacturers to EdTech to closely-held businesses, Emily has a special focus in federally regulated areas, including government contracts and education.

Emily has successfully closed a variety of complex transactions, in the form of mergers, acquisitions and divestitures; equity and debt financings; and commercial finance transactions. She also represents public and private issuers in connection with various debt and equity offerings, in both private placements and public transactions.

Emily finds it particularly rewarding to support the education sector, including colleges and universities, so that they in turn can provide accessible education to countless individuals. She has served as legal counsel in numerous transactions involving postsecondary institutions, including stock and asset acquisitions, institutional mergers and sole member installations.

In addition, Emily practices in the area of export finance, serving as outside counsel to the U.S. Export-Import Bank. She has closed corporate, asset-backed and small project financings, supporting American exports to and financings in Morocco, Gabon, Nigeria, Turkey and Mexico, among other countries.

Emily is a member of the Firm's Women's Initiative Steering Committee, the Diversity Committee and the Joint Subcommittee on Professional Development. She also leads the Asian American Affinity Group and serves as the Partner Champion for the Firm's collaboration with Diversity Lab's OnRamp Fellowship program.

Represented a target company in a merger transaction valued at over $100 million with a publicly-traded fund management services company.

Represented an international corporation with the acquisition of a majority stake in a U.S. subsidiary in the manufacturing sector.

Represented a large U.S. conglomerate with the acquisition of multiple subsidiaries in the manufacturing sector.

Represented an EdTech company in a sale transaction to a publicly-traded multinational publishing company.

Represented a large publicly traded company in connection with the offering of $725 million in senior notes.

Represented an American media company in connection with the acquisition of certain NBC television stations for $600 million.

Represented a hedge fund firm in connection with the divestiture of cable systems to Columbus Investments, Inc. for $162 million.

Represented a public company in connection with the equity offering of $50 million in common stock.

Represented a private equity fund in the acquisition of several higher education institutions for $10 million in the aggregate.

Represented a private client in connection with the private placement of $300 million in senior secured notes, as well as a loan refinancing in the amount of $30 million.

Mergers and Acquisitions in Higher Education: Key Points of the Letter of Intent September 12, 2018

Diversity-related derivative actions are on the rise, and Corporate America is on edge September 4, 2020

Mergers and acquisitions in higher education: Considering the letter of intent September 10, 2018

"Diversity-related derivative actions are on the rise, and Corporate America is on edge,"
September 4, 2020

"Mergers and Acquisitions in Higher Education: Considering the Letter of Intent,"
September 10, 2018

"Mergers and Acquisitions in Higher Education: Key Points of the Letter of Intent,"
TCLE Webinar, September 12, 2018

"The Role of In-House Counsel in Corporate Governance,"
Association of Corporate Counsel, May 2017

Thompson Coburn partners with Diversity Lab to welcome women attorneys back to the workforce November 18, 2021

Running to raise funds for the American Heart Association March 5, 2018

Leveraging the second bite of the apple

What is in a name? Eleventh Circuit holds there is no safe harbor for UCC errors in Florida