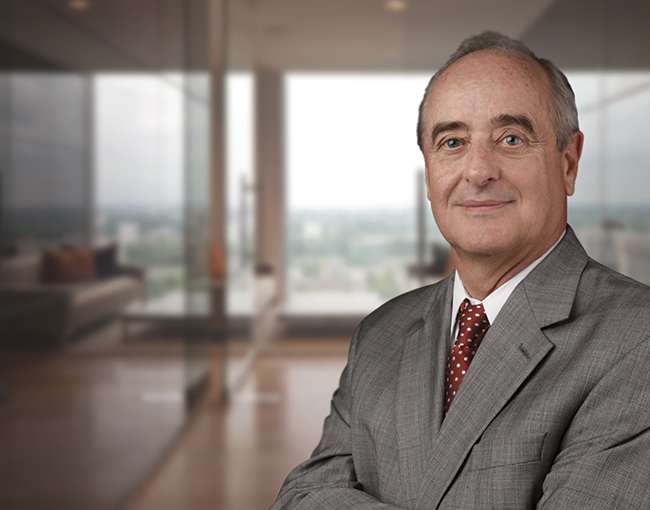 Gordon has tried over 200 jury trials as lead counsel, including a number of complex class action lawsuits. Over the past 25 years he has successfully represented corporate clients at trial in federal and state courts in Missouri, Illinois, Kansas, Iowa, Alabama, Maryland, Ohio and Pennsylvania. Frequently companies seek out Gordon's experience as they are nearing a trial, tapping his straightforward, fact-driven courtroom demeanor, his discerning approach to jury selection, and his excellent relationships with state and federal judges in Missouri and throughout the Midwest.

Gordon and his trial teams have been at the forefront of courtroom technology for nearly three decades, and were among the first law firms nationally to use computers and electronic discovery to manage millions of pages of documents and present a compelling story at trial.

Prior to entering private practice, Gordon served as special prosecutor on high-profile criminal cases throughout Missouri, including capital cases and significant fraud matters. In 1982 he was recognized as Missouri's Outstanding Prosecutor of the Year by the Missouri Association of Prosecuting Attorneys.

Gordon was part of the trial team that secured a landmark advertising judgment in a copyright infringement case filed over the longstanding advertising agency practice of using low-resolution photos in proposals for clients. The plaintiff, a professional photographer, sued an ad agency for using his photos for "comp" purposes in client proposals and presentations. The Thompson Coburn defense team discovered key documents showing the photographer was aware of comp use and generally willing to permit it, and that he had benefitted in the past when his photos, after having been used in proposals, were approved by the agency's client and licensed for publication use. The client won a significant summary judgment ruling finding that its comp use was justified on two independent grounds: implied license and fair use. A favorable settlement on remaining claims and counterclaims followed soon after. (2015)

Gordon served as co-trial counsel in an employment case involving former delivery drivers in Federal Court in the Eastern District of Missouri, resulting in a favorable verdict for the client and an important blueprint for similar cases pending across the country. (2014)

Gordon served as lead trial counsel and obtained defense verdicts for Firm client Federal Signal in the trial of nine products liability cases brought by Philadelphia firefighters. Plaintiffs claimed Federal Signal sirens were defectively designed, causing them hearing loss. More than 3,500 such cases are pending in Philadelphia, Pittsburgh and Chicago. This was the fifth trial in the series and the first in which TC was primary counsel. The trial, which involved both strict liability and negligent design claims, lasted two weeks. The jury returned its verdict in less than two hours. The trial team had similar successes in two subsequent jury trials in Chicago. (2010)

Gordon serves as lead trial counsel and has achieved a number of significant successes for Sigma-Aldrich in dealing with litigation related to the 2003 explosion at a chemical plant which damaged surrounding properties and forced an evacuation of over 3,000 nearby residents. A number of lawsuits were filed, including several class actions on behalf of the neighbors who resided within the evacuation zone. After a successful jury trial where the average award was under $200, plaintiffs appealed to the Ohio Supreme Court, where Gordon argued the matter on behalf of the defense. The court agreed with Sigma-Aldrich in affirming the verdict, holding that residents were required to demonstrate physical discomfort in order to recover damages for annoyance and discomfort and cause of the explosion. Gordon was lead counsel in a second successful jury trial. (2010 and 2011)

Gordon also served as lead trial counsel in defending an agribusiness owner of large hog farms in north Missouri against a multi-plaintiff lawsuit by 119 individuals claiming nuisance and personal injury from insects and odors associated with the farms. The firm won a favorable result at trial in the City of St. Louis. Approximately half of the plaintiffs received no award, while the remaining plaintiffs were awarded an amount well below the plaintiffs' demand. This case was the longest trial in the history the City of St. Louis Circuit Court. (1999)