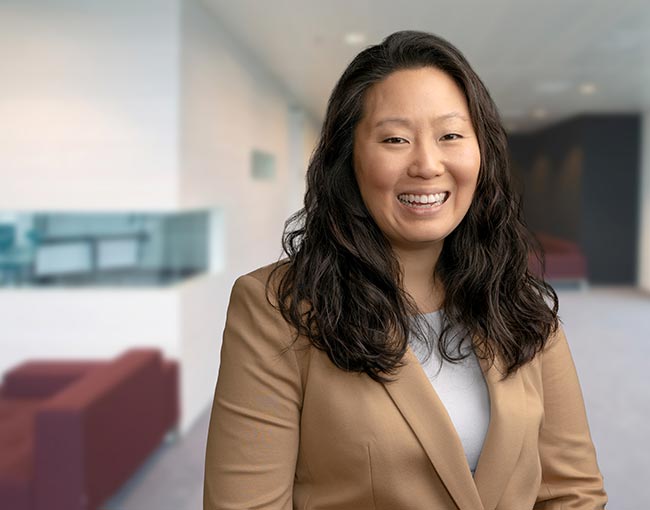 Jayna advises companies, transportation authorities and other entities regarding their rights and obligations when doing business with the Federal Government.  She works with her fellow attorneys and clients to help the clients recover money owed under Federal contracts, protest problematic contract awards and challenge adverse agency actions.  In doing so, she represents them before agencies, the Government Accountability Office (GAO), Boards of Contract Appeals,  the U.S. Court of Federal Claims, and the U.S. Court of Appeals for the Federal Circuit, as necessary.

She also  counsels clients on contract- and grant-administration matters, including analyzing and negotiating subcontractor and subrecipient agreements, following small-business requirements and complying with domestic preference policies, such as the Buy American Act, the Trade Agreements Act, and the  Cargo Preference Acts.   Additionally, she  counsels large and small Government contractors on  complying with  FAR 52.222-50, Combating Trafficking in Persons; her counsel in this area ranges from developing required employee notifications to disclosing violations of the Government's policy.  Combining her work in both contract- and grant-administration matters, she also advises clients on developing and applying policies and procedures that meet 2 C.F.R. Part 200 (Uniform Grant Guidance)  requirements.

Jayna uses some of her earliest legal experiences to work with  clients in identifying and crafting practical, yet resourceful, points and arguments when controversies arise during contract award and administration. She credits her judicial internships at the U.S. Court of Appeals for the Federal Circuit and U.S. Court of Federal Claims, as well as her internships with the Department of Transportation and a Korean shipbuilder, as having heavily influenced her approach to resolving and litigating disagreements and disputes.

A former middle school teacher and current adjunct law school professor, Jayna has been praised by clients and peers for her ability to take complex legal issues and make them interesting and understandable to others, even non-attorneys.

2019 Small Business Government Contracts Regulatory and Administrative Changes and What They Mean for 2020 January 22, 2020

Could your company’s freebie for furloughed workers be an ethics problem for them? January 24, 2019

3 compliance obligations you may not know you have December 20, 2017

Grant and cooperative-agreement recipients: Are your procurement standards compliant yet? May 25, 2017

3 Compliance Obligations You May Not Know You Have,
Law360, December 2017

Note, How to Win Friends and Influence Government Contracts Law: Improving the Use of Amicus Briefs at the Federal Circuit,
Public Contract Law Journal, 2012

"The 5 Differences Between Commercial and Government Contracts You Need to Know,"
November 2017

"SBA's All-Small Mentor Protégé Program: What You Should Know Before Jumping In,"
Eastern Foundry, October 2017

"Regulatory Update: How Will Select New Rules and Regulations Impact Our Business? Are Human Trafficking Regulations Really a Concern for Us?,"
Government Contracts Update (CLE), Thompson Coburn, May 2016

Could your company’s freebie for furloughed workers be an ethics problem for them?