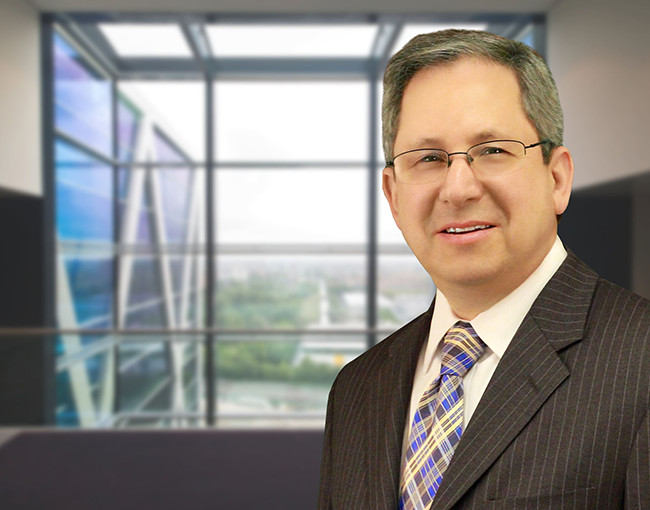 As a senior litigator with more than 30 years of experience, Jeff develops and executes highly effective litigation strategies for clients with all types of complex disputes. He has handled matters ranging from the repossession of a commercial passenger airplane in Toronto to a $6 million disclosure claim arising from a tax dispute over massive advertising spaces on Sunset Boulevard.

Jeff has obtained favorable results in state and federal courts, arbitrations, and in state and federal appellate courts. His broad litigation skills also benefit clients during deal negotiations and pre-litigation stages, helping them to minimize exposure and maximize recovery in the event of a future dispute. Jeff has represented buyers and sellers with respect to disputes arising from the acquisition and disposition of real estate. He has arbitrated and litigated disputes among joint venturers, partners, LLC members, and investors in real estate funds with respect to breaches of operating agreements and common law fiduciary duty.

As the editor of Thompson Coburn's commercial real property blog, The Ground Floor, Jeff writes about critical issues surrounding the acquisition, management, and disposition of real property in California.

Represented school district in defense of CEQA claims by municipality with respect to regional high school.

Represented real estate fund with respect to enforcement of capital contribution provision and defense of claims of breach of fiduciary duty.

Represented investor member with respect to removal of general partner.

Represented buyer with respect to defense of broker's claim for commission and prosecution of claim for breach of fiduciary duties concerning large collection of single family homes.

Represented commercial landlords and tenants with respect to disputes concerning "use" provisions.

Obtained a dismissal of an agribusiness client from a product liability case involving the labeling of one of its products.

Defended label manufacturer with respect to series of hundreds of claims regarding alleged groundwater contamination in the San Gabriel Valley.

Defense of warranty claim with respect to agricultural pesticides.

Successfully enforced covenant not to compete.

Favorable settlement of breach of fiduciary duty action with respect to control of family-owned business.

Prosecution of lease claims against passenger airline, resulting in repossession of aircraft in Toronto.

Prosecution of breach of warranty action with respect to underground tunneling equipment.

Favorable settlement of breach of warranty action with respect to alleged contamination of wine bottles.

Defense of toy manufacturer in trademark infringement action in which client obtained a dismissal at trial.

Defense of copyright/trademark infringement action in which summary judgment was granted in toy manufacturer's favor.

Commercial landlords: Time to tighten up your lease waivers of liability? January 5, 2021

What real estate parties should consider for letters of intent October 22, 2020

Work-out agreements and loan modifications: Put them in writing if the collateral is real property October 14, 2020

Why plaintiffs should think twice before recording a lis pendens May 6, 2020

Rest in peace: ROFRs expire once a tenant becomes a holdover tenant January 24, 2019

In California, ordinances restricting the homeless from sleeping in public can be ‘Cruel and Unusual’ November 6, 2018

You Said What to Whom? An Attorney-Client Privilege Update October 22, 2019

Help from the Dark Side: A Litigator's Perspective on Commercial Real Estate Issues June 22, 2017

Arbitration and Other Forms of ADR November 6, 2015

Co-author, "Arbitration and Other Forms of ADR in Real Estate Deals";
Probate and Association Property, March/April 2014

Author, "The ABC's of Appraisals for Your Commercial Lease Extension";
California Centers, October 2011

Author, "Letters of Intent: The Good, The Bad, and The Ugly";
Shopping Center Business, May 2006

Co-Presenter, "Arbitration and Other Forms of ADR";
TCLE webinar, October 2015