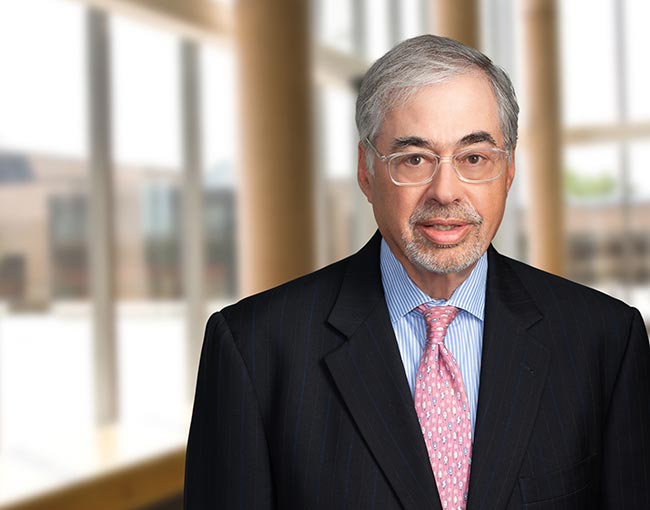 Jeff has represented lenders and borrowers, buyers and sellers, lessors and lessees, senior, mezzanine and subordinated debtholders as well as committees and trustees in insolvency matters throughout the United States, both in and out of court.

Jeff has experience in a myriad industries, from structured products to airlines, monoline insurers to shipping, high tech to mortgage warehousing, retail and many others. Jeff has served as editor-in-chief of "The Bankruptcy Strategist" and has lectured on insolvency issues for such organizations as the Practicing Law Institute, Banking Law Institute and New York State Bar Association. He has appeared as a bankruptcy panelist on "Lawline," a New York City educational cable television program and has been an active member of the Institute of International Bankers and The Securities Industry and Financial Markets Association.

A German bank with major exposure in the largest bankruptcy filing in U.S. history.

A U.S. money center bank in its acquisition of a public entity through the Chapter 11 process.

A German and French bank in restructurings of monoline insurers.

A Swiss bank as primary lender to a large student loan company.

Domestic and foreign repurchase counterparties in the restructuring of a structured investment vehicle.

A leading securities industry trade group as amicus counsel in decisions on bankruptcy issues relating to safe harbor protections for financial products under the Bankruptcy Code.

A German bank in the restructuring of hedge funds controlled by a major investment bank.

A financial services company regarding a $500 million chapter 11 financing to a major domestic airline.

The largest creditor in the bankruptcy of a U.S. shipping company with worldwide operations.

A major party in interest in every large domestic airline insolvency.

The debtor in the bankruptcy case of a real estate group.

A recent decision highlighted a flaw in the Bankruptcy Code. Will the House of Representatives pass the Bankruptcy Threshold Adjustment and Technical Corrections Act to correct it?

Not so Technical: A Flaw in the CARES Act’s Correction to “Small Business Debtor”

Fracas in the French Quarter: Fifth Circuit weighs in on ongoing controversy over the intersection of Bankruptcy Code Sections 363(f) and 365(h)