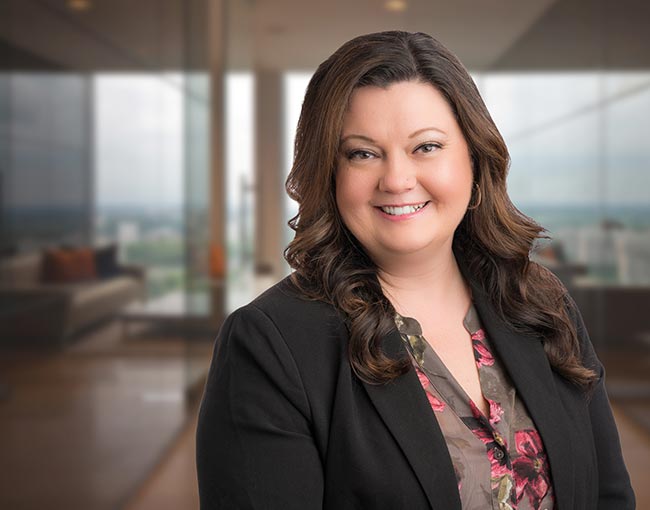 Jenny is an experienced, strategic, trial lawyer who focuses her practice on health care, white-collar fraud and complex commercial litigation.

Jenny was previously a trial attorney for the U.S. Department of Justice's Tax Division, where she represented the United States before federal district and bankruptcy courts, focusing primarily on civil tax fraud. She is also a recognized leader on issues related to securities fraud, investor fraud and resulting receiverships, and has served as a receiver for the SEC.

In a major pro bono effort covered by The New York Times, The Atlantic, ProPublica and CBS News, Jenny represents numerous sexual assault survivors in a federal class action in Austin, Texas, challenging unconstitutional failures in the investigation and prosecution of sexual assaults. The case and related advocacy has led to the formation of a Statewide Sexual Assault Survivor Task Force in the Texas Governor's Office, and a statewide audit of police investigations and prosecutorial outcomes.

Represented both in- and out-of-network health care providers in reimbursement disputes with insurance companies and payors.

Represented health care providers in regard to investigations of audits and fraud.

Represented health care providers with regard to non-competition agreements.

Conducted internal investigations for various entities in which fraud or other misconduct was alleged or suspected.

Represented multiple sexual assault survivors in a Section 1983 case against the City of Austin and Travis County for gender discrimination.