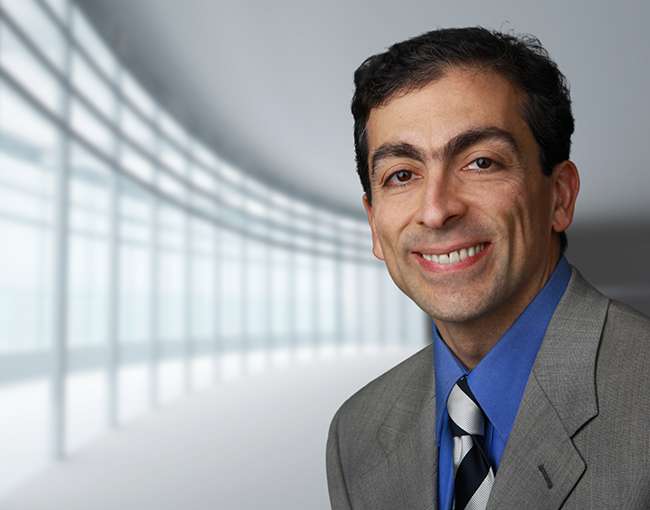 Manoo serves as a strategist for high-stakes litigation, tapping his well-honed research and writing skills to craft motions and briefs that help clients navigate thorny trial and appellate issues and achieve favorable outcomes.

Clients and other attorneys turn to Manoo when faced with a particularly knotty issue at the pre-trial, trial, post-trial, or appellate stage. Be it a procedural, evidentiary, or substantive issue, Manoo applies rigorous analytical scrutiny and crafts motion strategies that highlight a client's strong points and deftly side-step or minimize any vulnerabilities. At critical junctures of a case, Manoo has stepped in to write pre- and post-trial and appellate briefs that have preserved a favorable outcome or turned the tide after an unfavorable ruling.

A former clerk for the Colorado Court of Appeals, Manoo has handled appeals and extraordinary proceedings in federal and state appellate courts across the country, primarily on behalf of major manufacturers and agribusinesses.

A highly responsive and creative thinker, Manoo works closely with trial counsel, advising on the preservation of defenses; assisting with dispositive motions; preparing jury instructions, evidentiary motions, and post-judgment pleadings; and consulting throughout the pre-trial, trial, and post-trial stages. His objective in each case is to achieve the best possible result for the client, whether securing an early win or a favorable verdict; ensuring affirmance on appeal; or, in the event of an adverse ruling or verdict, identifying and preserving potential errors for review on appeal and getting the case back to the trial court.

Manoo has published extensively in peer-reviewed legal periodicals and practitioner's journals. He follows state and federal opinions closely, identifying decisions that touch on significant procedural or substantive areas and analyzing those cases with a particular focus on the possible implications for our clients.

Manoo is fluent in Farsi. He has traveled the world widely and is very comfortable establishing authentic and effective personal connections with a diverse range of groups and individuals.

Plaintiffs sued the distributor of a personal watercraft after an explosion during operation of the craft. The personal watercraft had been subject to two-fuel related recalls, both of which were admitted into evidence. Plaintiff's counsel asked the jury for $2 million in damages. The jury returned a complete defense verdict for our client. Manoo drafted pre-trial, trial, and post-trial motions and the jury instructions.

Plaintiffs filed a wrongful death action against the manufacturer and designer of a personal watercraft arising out of an accident on the Colorado River in Arizona after the personal watercraft collided with another boat. The operator of the craft, who owned a business, claimed to have been earning approximately $18 million a year at the time of the accident. Plaintiffs sought economic damages in excess of $200 million, as well as punitive and other damages. A first trial ended in a hung jury after a three-month trial. In the retrial and after years of discovery, including more than 50 depositions of witnesses from across the United States, Japan and Canada, the jury returned a defense verdict for our clients. Manoo drafted the pre-trial, trial, and post-trial motions, jury instructions, and, working through the night, researched and resolved the evidentiary and substantive issues that arose at trial almost daily, providing timely and succinct legal advice.

Plaintiff sued the manufacturer and distributor of a motorcycle claiming he incurred more than $2 million in medical damages after being injured due to a manufacturing defect with the voltage regulator. The manufacturer had issued a recall that a defective voltage regulator in the motorcycle model could result in engine stalls during operation. After extensive discovery, testing and expert analysis, our Daubert motions and motion for summary judgment were granted, and later affirmed by the U.S. Court of Appeals for the Eleventh Circuit. Manoo drafted the Daubert and dispositive motions, and the appellee's brief for the Eleventh Circuit.

Manoo took a lead role in drafting a significant motion for sanctions that was granted by a federal district court in Illinois. A default judgment was awarded to our client, along with a temporary injunction. The defendant then sought permission to appeal the ruling to the 7th Circuit, a request that the district court denied based on the opposition to the defendant's motion, drafted by Manoo. The district court cited the same case law and relied on the same arguments discussed in that opposition.

Litigation on behalf of a major biotech company

Manoo is involved in patent infringement cases involving the unauthorized use of patented biotechnology. He offers analysis and briefing on issues as they arise and drafts pre-trial and dispositive motions. Multiple appeals from these cases have resulted in favorable outcomes in the U.S. Courts of Appeals and the Federal Circuit.

D.C. appellate court strikes another nail in the coffin for the Frye test December 21, 2016

"A Primer on Waste";
Journal of the Missouri Bar, November-December 2007

"Doctrine or Doctrinaire: The First Strike Doctrine and Preemptive Self-Defense under International Law";
Tulane Journal of International and Comparative Law, Vol. 12, No. 1, Spring 2004

"'Unlawful Combatants' or 'Prisoners of War': The Law and Politics of Labels";
Cornell International Law Journal, Vol. 36, No. 1, Spring 2003

“May Punitive Damages Obtained in the Underlying Action (But Subsequently Lost on Appeal) Be Recovered as Compensatory Damages in a Legal Malpractice Case Predicated on Negligence? A Hypothetical”;
Journal of the Missouri Bar, Summer 2003

“The Foreign Sovereign Immunities Act and the ‘Commercial Activity’ Exception: The Gulf Between Theory and Practice”;
Journal of International Legal Studies, Vol. 5, No. 1, Winter 1999