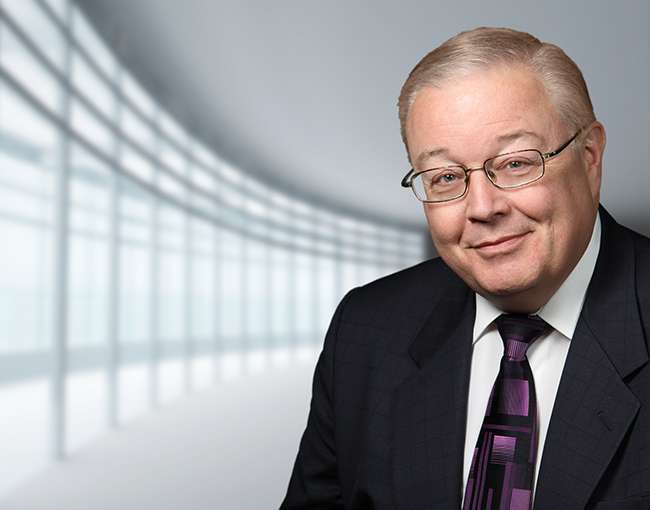 Mike represents management clients in a wide variety of labor and employment matters and related litigation.

He has specific experience handling matters particular to clients in the construction industry, including picketing, secondary boycotts, fringe benefit claims, pension withdrawal liability, jurisdictional disputes, prevailing wage problems, occupational safety and health matters, and other related issues. Over the years, he has worked with several multi-employer associations and also serves as management counsel to several Taft-Hartley employee benefit funds. Mike has extensive experience in collective bargaining negotiations with many different unions, and has bargained to completion hundreds of contracts in a variety of industries, including manufacturing, construction, health care and transportation.

Mike also advises many clients in the public sector as well, including park districts, municipalities, housing authorities and other governmental employers. Since 1991, Mike has represented the City of Chicago in its negotiations with trade, clerical and technical employees, where he has successfully negotiated work rule and healthcare plan changes that saved the City in excess of $200 million. In 2008, he represented the State of Illinois in its state-wide contract negotiations with AFSCME Council 31, covering over 36,000 State employees, being the first outside labor counsel hired by the State to negotiate its labor agreements. Since 2011, he has represented the Chicago Transit Authority in its various trade union negotiations with over a dozen different unions.

Negotiated the first project labor agreement between a major metropolitan transit agency, the city and a trades council.

Represented employer group in the privatization of a major municipal airport, and negotiated agreements with over a dozen trade unions which represented the airport's existing municipal workforce.

Completed multi-employer negotiations for several moving industry clients in the Chicago area, and reached agreement on the first area wide Teamster contract for this industry in over 25 years.

What you need to know about the City of Chicago Fair Workweek ordinance August 16, 2019

"They Call 'Em Like They See 'Em: What's New with the Umpires at the NLRB";
Thompson Coburn HR Seminar, March 2014

How to guarantee bad performance from your vendors