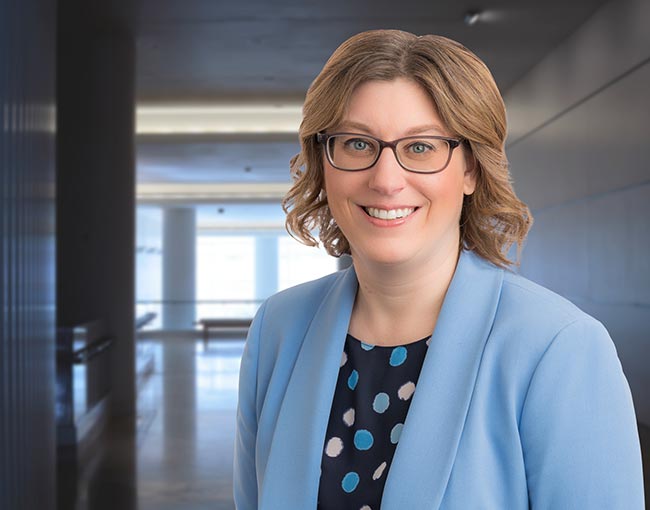 Nicole is a highly experienced trial lawyer who represents clients in matters involving antitrust, advertising, fraud investigations and litigation, RICO and class actions. She is the managing partner of Thompson Coburn's Dallas office.

Nicole also counsels clients in the areas of antitrust and trade regulation, including advertising. She provides legal opinions and advice to a wide range of companies regarding the antitrust implications of product distribution agreements, joint ventures, other contractual arrangements, membership requirements for organizations, and mergers and acquisitions. She has provided legal opinions and advice to food, beverage and consumer product and service companies regarding existing or proposed advertising materials, including product packaging, labeling and distribution materials, and social media and website content, as well as analyzing similar competitor materials and comparative advertising campaigns. She also analyzes product packaging, labeling and social media and website content as part of due diligence in transactions. Nicole has helped clients navigate First Amendment, Texas Citizens Participation Act (anti-SLAPP) and Defamation Mitigation Act issues related to advertising, social media, business and consumer disputes and news publications.

She has held leadership positions in the antitrust sections of the nearly every national and regional bar association, including the ABA, the Federal Bar Association, the Dallas Bar Association and the State Bar of Texas.

Represented individuals in defense of advertising and intellectual property claims related to sale of turban and other head covering products, resulting in favorable settlement.

Represented major online review company in suit related to review platform, resulting in a dismissal of the case.

Represented a major airline in a putative class action relating to airline's cancellation policy, resulting in a dismissal of the case.

Represented a major airline in a putative class action relating to airline's reward program, resulting in a dismissal of the case.

Represented an individual Yelp! reviewer in a case brought by a business asserting breach of contract and defamation claims, resulting in dismissal under the Texas Citizens' Participation Act (anti-SLAPP statute).

Represented a major airline in a putative class action relating to service, resulting in voluntary dismissal following a motion to dismiss.

Representing a major airline in a putative class action relating to service fees.

Represented food product manufacturer in defending putative class action claims related to origin of the product, resulting in a dismissal of the complaint.

Represented numerous companies in responding to subpoenas and CIDs from government agencies related to antitrust investigations.

Represented a manufacturer in an adjudicatory proceeding before the Federal Trade Commission involving price-fixing allegations.

Represented a manufacturer in direct and indirect purchaser putative class actions regarding an alleged conspiracy to fix prices.

Represented a group of physicians in an adjudicatory proceeding before the Federal Trade Commission involving price-fixing allegations.

Represented owners of retail chain as plaintiffs in litigation against business partners for breaches of fiduciary duties and other wrongful actions.

Represented creditors' trust in litigation against putative defendant class of shareholders receiving over $10 million in dividends.

Represented a medical marijuana distributor in defending claims of fraud and securities violations and RICO claims, resulting in a dismissal of the case.

Represented litigation trustee in fraud suit against principal of investment scheme, resulting in a favorable judgment of over $40 million.

Represented a student in a First Amendment challenge to educational institution policies, resulting in a favorable dismissal.

Represented food product manufacturer in arbitration proceeding regarding status of independent distributors and other labor claims, resulting in complete victory for client.

Represented real estate developer as the plaintiff in arbitration proceeding regarding a contractual dispute, resulting in a complete victory for client, including award of attorneys' fees.

Represented title insurance company and insureds to resolve issues relating to missing and incorrect documentation in more than 500 residential property closings across the country.

Represented banking institution in defending claims of breach of contract and fraud, resulting in take-nothing judgment in favor of the client.

Represented both plaintiffs and defendants in wrongful foreclosure actions of both commercial and residential property.

Represented both plaintiffs and defendants in actions relating to non-competition and confidentiality agreements, including obtaining temporary restraining orders.

Better Together? Competition, Price Gouging and Other Antitrust Issues Raised by the COVID-19 Pandemic April 21, 2020

Inside the Minds: Recent Developments in Advertising Law
Chapter Contributor, 2013

"The FTC Rules of Practice for Adjudicative Proceedings: A Comparison to the Federal Rules"
ABA Antitrust Spring Meeting, March 2005

"Defamation and Business Disparagement – Old Torts with a New Twist in the Age of Social Media,"
Association of Corporate Counsel, August 8, 2018

“Consumer Legal Disputes: A View from a Consumer Advocate,”
September 13, 2017

Trial-Focused Discovery: You Don’t Always Get What You Want, But Get What You Need,"
ABA Section of Litigation Spring Meeting, Spring 2017

"Hot Topics in Advertising and Branding: What In-House Attorneys and Marketing Professionals Need to Know about Compliance, Protection, and Enforcement"
March 6, 2015

"Hot Topics in Advertising and Branding: What In-House Attorneys and Marketing Professionals Need to Know about Compliance, Protection, and Enforcement,”
November 13, 2014

"The Increasing Reach and Risk of Advertising Law,"
Flower Mound Bar Association, May 31, 2013

"The Increasing Reach and Risk of Advertising Litigation,"
May 2011