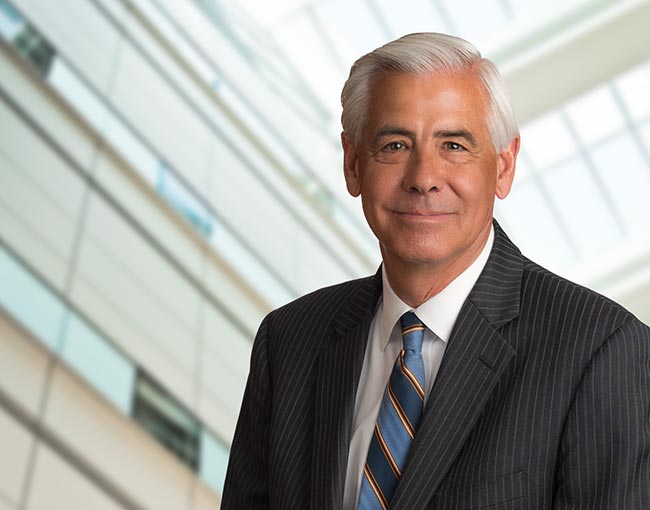 Roman serves as Chair of Thompson Coburn. He is a litigator who represents major corporations in high-stakes litigation in venues across the country. Roman previously served as Chair of the Firm's 190-attorney litigation department.

Over his 35-year career, Roman has litigated class actions in 32 states, including substantial experience coordinating multi-district litigation. He has argued more than 35 class certification hearings and participated in 300 class actions.

Roman listens carefully to clients and tailors his litigation approach to their specific needs, whether they require a smart, aggressive trial strategy or a creative settlement that aligns with their company's business priorities. In either scenario, Roman draws on his extensive knowledge of a client's business to determine the best approach for the comprehensive resolution of class claims. As one client remarked to Best Lawyers, "He understands our business better than many employees. You will be impressed."

With experience litigating complex business disputes across a variety of industries, Roman has particular experience representing clients in the telecommunications and energy sectors. He has defended coal companies in numerous matters.

Approximately 20 percent of Roman's practice involves arbitration or some form of alternative dispute resolution. He has tried numerous complex arbitrations for major corporations in high-value cases involving potential awards of hundreds of millions of dollars.

Roman has been a part of Firm management for more than 15 years. Since 2012, he has served on the Firm's seven-member Executive Committee. He was the founding chair of Thompson Coburn's Diversity Committee and has mentored and coached associates for decades.

Roman successfully argued a significant class action case at the federal district court level and before the Eighth Circuit on behalf of a major telecommunications company. Law360 described the 2016 Eighth Circuit ruling as "the first published appellate opinion to apply the principles articulated by the high court in Spokeo to the issue of Article III standing." The ruling gave a significant boost to the defense bar's efforts to use the U.S. Supreme Court's Spokeo decision to cut down suits over bare statutory violations, while lending clarity at the trial court level about how the high court ruling should be applied.

Roman represented a national wireless telecommunications provider in the settlement of 57 class action suits filed across the country over its assessment of state and local sales taxes on Internet access through certain services, including iPhone data plans, BlackBerry data plans and laptop connect cards. Plaintiffs alleged that the company violated the Internet Tax Freedom Act that prohibits states and localities from taxing access to the Internet. Roman took the lead in negotiating and drafting a global settlement that resolved claims worth nearly $1 billion in damages.

He successfully defended a leading global banking institution against a putative class action filed by one of its credit card holders alleging the company imposed illegal penalties and violated the Missouri Merchandising Practices Act (MMPA). The institution moved to compel arbitration pursuant to the terms of the cardmember agreement. The District Court denied the institution's motion to compel and to stay the litigation. The Eighth Circuit reversed the District Court's order and held that the arbitration clause and class action waiver in the cardmember agreement are not procedurally or substantively unconscionable under Missouri law. Pursuant to a mandate from the Eighth Circuit, the District Court entered an order granting the company's motion to compel and to stay the litigation. In March 2010, the parties agreed to a settlement and the case was dismissed.

In enacting the Class Action Fairness Act of 2005, lawmakers cited two cases where Roman secured highly favorable settlements for clients as textbook examples of settlements that were "too favorable" for defendants.

Longtime service to the energy industry

Roman has successfully served for many years as lead counsel to Peabody Energy, the world's largest coal company, on its large-dollar commercial disputes. Included among these was a 30-year supply agreement between Peabody Energy and a consortium of Western U.S. utilities, under which the parties could renegotiate certain contractual pricing mechanisms every five years. Disputes were to be resolved before a panel of arbitrators. The utilities rejected Peabody's offer of a price reduction and subsequently sought to recover $130 million in overpayments for four years. Peabody countered with a claim that the pricing factors should produce a price increase for those four years. Roman successfully argued and obtained from the arbitration panel a ruling which resulted in the utilities owing Peabody approximately $30 million and all overpayment allegations being rejected.