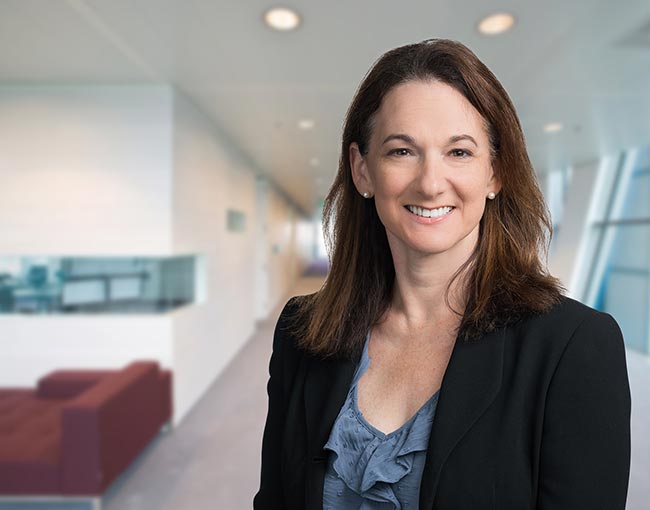 She has represented publicly-held Fortune 500 corporations and privately-held businesses facing class action and other complex commercial litigation in state and federal courts across the country. Sharon's class experience — spanning employee, consumer and shareholder class actions — includes numerous successful outcomes through class certification proceedings, the most critical juncture in any high-exposure class action. She has also spearheaded strategies that have led to favorable outcomes prior to class certification, whether through dismissal or favorable settlement.

Sharon, who comes from a family of mathematicians, embraces the important intersection between high-stakes litigation and math. She has played a lead role in cases involving complex financial and other numerical data, and has significant experience analyzing exposure, deposing experts, and creating sophisticated damages models. Her leadership on data-intensive litigation, combined with high-level strategic thinking, has paved the way for the successful resolution of numerous high-value cases for clients.

Drawing on her law school background in constitutional law and her work as a law clerk to the Hon. Phyllis A. Kravitch of the United States Court of Appeals, 11th Circuit, Sharon has also provided focused advice to a variety of parties facing First Amendment questions, other constitutional issues and preempted claims.

Representation in the financial services industry

Prosecuted claims for breach of fiduciary duty and breach of contract on behalf of a major public pension system against an international custodian bank.

Depth of familiarity on constitutional issues

Represented a national online publication in responding to proposed legislation seeking to criminalize the publication of advertisements potentially used for illegal purposes.

Defended a Senate candidate when her campaign was sued for copyright infringement for using news footage in a campaign commercial.

Represented a religious organization regarding church-state questions relative to disposition of church property and court jurisdiction over intra-church disputes.

Defended a state governor regarding termination of governmental agency board member in case raising issues of sovereign immunity.

Assisting clients outside of litigation

Helped a major radio provider respond to a state AG investigation into whether certain calls were protected First Amendment speech or in violation of state consumer protection laws.

Conducted internal investigations of major energy company in connection with public accusations that some energy companies were involved in manipulating energy markets.

Presented to Board of Directors of national transportation leader regarding major decision by regulatory agency affecting ratemaking process.

Defended major bank in state AG investigation into allegedly deceptive practices in connection with enrollment of consumers in ancillary services.

Class action defendants benefit from Spokeo’s ruling on standing May 17, 2016

What’s next for class action defendants after Tyson Foods? March 23, 2016

"Mandatory Arbitration Clauses: How to Effectively Use Them In Your Business";
St. Louis Association of Corporate Counsel (ACC), August 12, 2011

Sharon Rosenberg selected as one of Missouri’s Up & Coming August 16, 2016