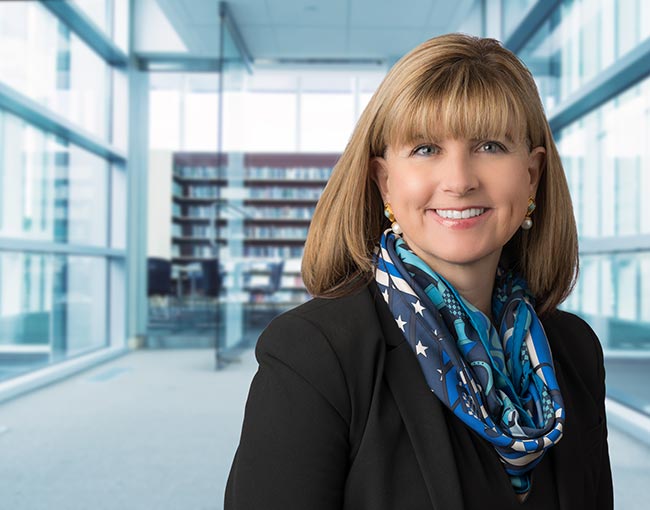 Suzanne is a versatile litigator who has spent her career finding solutions for matters involving healthcare providers and manufactures of medical products. She has extensive experience in pharmaceutical litigation.

Early in her career Suzanne was part of the national trial team that represented the makers of a biologic medicine designed to treat hemophilia through which thousands of hemophilia patients contracted HIV. Suzanne assisted in crafting a litigation strategy that led to its successful resolution. She has also served on the national trial team for pharmaceutical cases involving a diabetes medication that was alleged to have caused bladder cancer.

Currently, Suzanne is on the national trial team for transvaginal mesh implant cases remanded from an MDL and is also representing a pharmacy in opioids litigation.

As former Counsel and Risk Manager for one of the Midwest's largest teaching hospitals, where she was responsible for litigation and risk management, Suzanne has deep experience in the health care industry and uses her network to serve clients. For example, when two law firms told a client no expert could be found to support their case, the client switched firms and Suzanne, part of a team hired just before trial, was able to retain a local expert from a well respected teaching institution. The case settled on the courthouse steps for a favorable amount.

Suzanne has been involved in the personal injury aspects of numerous mass torts, particularly groundwater contamination cases. In one case, Suzanne led the deposition of the class representative. The case was dismissed immediately thereafter.

With her husband, John Galvin, Suzanne has served for two decades as a chaplain certified in disaster response counseling. Suzanne and John have traveled around the U.S. and the world providing counseling to people affected by natural disasters, terrorism and political unrest, including Yazidi women and children who were former captives of ISIS. The couple also founded a nonprofit, New Commandment Ministries, that helps at-risk children in the U.S. and Nairobi, Ukraine, and Haiti with projects that provide education, medical care, vocational training, and fresh water.

Led affirmative discovery on environmental claims relating to a release from a gasoline pipeline; worked to marshal evidence related to exposure and medical causation for over 90 plaintiffs. Took deposition of lead plaintiff, resulting in voluntary dismissal of the case.

Are you ready for remote depositions? Adjusting to the new normal of litigation May 28, 2020