Conducting business with the Government can be both rewarding and challenging. An essential component of success is guidance from legal counsel who can navigate the intricacies of Government contracting. With the application of such laws and regulations as the Contract Disputes Act, the Truth in Negotiations Act, the Service Contract Act, the Small Business Act, the Competition in Contracting Act and the Federal Acquisition Regulation (FAR), not to mention the executive orders that have been issued in recent years, requirements for contractors at all levels have increased. Government contractors need lawyers who understand the myriad regulatory requirements and can offer practical solutions to problems that arise on a day-to-day basis.

Our Government contracts attorneys have substantial experience in every phase of contractual and disputes processes, whether at the federal, state or local level. In fact, many of our attorneys have served in the federal government, including in the Departments of Justice, Defense and Transportation, as well as in the Central Intelligence Agency. This firsthand insight serves our clients well when they face the complexities of the contracting and compliance processes.

Our attorneys are in daily contact with clients, advising them on a multitude of issues and business strategies for dealing with this unique customer. In addition to being counselors, our attorneys are seasoned litigators who have advocated our clients' interests before numerous federal courts, including the U.S. Supreme Court, the U.S. Courts of Appeals, the U.S. District Courts and the U.S. Court of Federal Claims. Moreover, we regularly litigate disputes at the Armed Services Board of Contract Appeals (ASBCA) and the Civilian Board of Contract Appeals (CBCA), and pursue and defend bid protests before the Government Accountability Office (GAO).

We also routinely represent companies in small business size status protests, including appeals before the Small Business Administration’s Office of Hearings and Appeals. We have defended clients being prosecuted under the False Claims Act and those facing suspension and debarment from Government work. We are well-versed in alternative dispute resolution techniques, including arbitration and mediation. 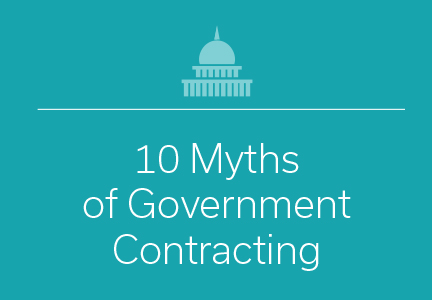 U.S. Court of Federal Claims. We established rights on behalf of our client and generated a precedent for contractors to challenge and require correction of unfair and inaccurate performance evaluations in federal government contracts. The Court held that it had jurisdiction under the Contract Disputes Act to require the corrections and changes, and thus protect contractors in future procurements that measure past performance.

U. S. District Court, W.D. MO. We challenged Missouri’s affirmative action procurement program on constitutional grounds because it utilized goals that did not fairly consider the availability of compliant MBE/WBE firms, required mandatory, impossible goals and relied on obsolete data. After a trial on our motion for an injunction, the Court enjoined the State of Missouri from proceeding with procurements subject to the program. The matter was then settled with the issuance of a new Executive Order from the Governor reforming the programs along the lines we had argued.

85% of contractors are at risk of making a false certification in the OFCCP Contractor Portal: Does that include you? April 15, 2022

Federal contractor COVID safety protocols may reach further within your workforce than you expect November 4, 2021

A two-minute overview of the September 9 executive order on contractor “vaccines” September 10, 2021

Your guide to the SBA’s certification requirement for women-owned small business concerns May 11, 2020

Could your company’s freebie for furloughed workers be an ethics problem for them? January 24, 2019

3 compliance obligations you may not know you have December 20, 2017

NLRB posting requirement struck down by court; federal contractors still on the hook May 14, 2013

CMMC and 800-171 in Government Contracting and Higher Education February 4, 2021

2019 Small Business Government Contracts Regulatory and Administrative Changes and What They Mean for 2020 January 22, 2020

TC Rewind 2014 - The Protection of IP When Working in the Federal Government & Commercial Markets June 4, 2014

Licensing for the Government Contractor March 20, 2014

Do you want your EEO-1 reports made public?