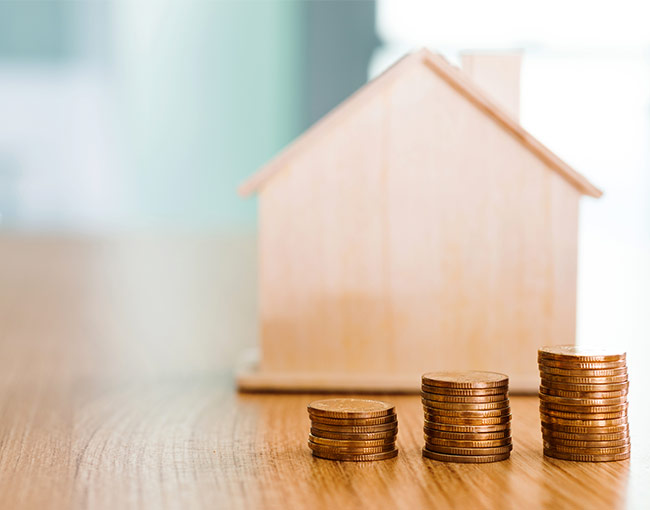 What are the unique dynamics of a low-income housing tax credit workout?

Note: This post is part of a continuing series on the Credit Report Blog on the subject of workouts and bankruptcies involving low-income housing tax credit (LIHTC) projects. To better understand some of the concepts addressed in today’s post, please read the first post in our series: Low-income housing tax credit workouts and bankruptcies: Understanding the basics.

In any negotiation, there is one critical factor that ensures a successful outcome: Leverage. In the still-developing area of low-income housing tax credit workouts and bankruptcies, secured lenders may feel relatively powerless. But armed with knowledge concerning several key leverage points, a lender can better protect its interests and negotiate an advantageous outcome of a troubled loan.

To begin, a secured lender should carefully consider and have a firm understanding of the following three important topics: (i) the dynamics between the project developer and the tax credit investor(s) and what each has at risk in the project; (ii) the status of the project and its position in the LIHTC lifecycle; and (iii) the value of the project, both as a rent-restricted property and as a market-rent property, and the impact of any future unclaimed tax credits on the overall value of the project.

The relationship between the developer and the tax credit investor(s)

The first issue that a secured lender must confront in a LIHTC workout is who must be summoned to the negotiating table.

This is not to say that the developer doesn’t have any interest in the success of the project. However, its interests are not the typical interests of an owner. The developer’s primary interests include (i) its right to receive cash flow from the project (typically in the form of management fees), (ii) its residual interest in the project at the conclusion of the 15-year tax credit compliance period, and (iii) the risk to its reputation should the project fail. In addition, the developer typically has guaranty exposure to the tax credit investor in the event that the investor fails to receive the tax credits that it has been promised.

To assess a tax credit investor’s incentive to invest additional capital into a project, it is important to know whether the limited partner has purchased the tax credits for its own benefit or whether it has syndicated the tax credits to a group of investors. If the limited partner has syndicated the tax credits, its motivation and ability to commit additional capital to a cash-strapped project may be compromised in two ways. First, the pool of remaining funds from the syndication may be limited, and the syndicator may be unable or unwilling to approach its investors for additional capital to inject into the project. Second, the risk associated with the loss of future tax credits and/or a recapture of credits previously claimed will be spread among many investors and tied to the success or failure of other projects, leaving them with less of an incentive to protect their investment on any given project.

One additional advantage to having the tax credit investor at the negotiating table is that the lender may be able to influence change in management without having to resort to litigation. A tax credit investor typically has the right under the partnership’s organizational documents to remove and replace the developer/general partner any time the mortgage loan is in default, the project is out of compliance, or the tax credits are otherwise in jeopardy. Thus, if a managerial or operational change is deemed necessary by the secured lender, the lender may subtly (or not so subtly) motivate the tax credit investor to invoke its right to replace the developer/general partner. A secured lender should be careful, however, not to insist on such a change without good cause, and should be wary of an accusation by the general partner that the secured lender is "colluding" with the limited partner to oust the general partner from the project.

The importance of the LIHTC lifecycle

The timing of a default — in relation to when the project is placed into service and its tax credits start to flow — has a significant impact on a secured lender’s leverage against the developer and the tax credit investor.

If the project has not yet been placed into service, a foreclosure will leave the secured lender with a project that is potentially uncompleted. However, the developer's guaranty will still be in place and the lender will have a direct claim against the developer for repayment of its loan. There may also be one or more significant installments left on the tax credit investor's capital contributions. Although the lender typically has a pledge of those installments, the tax credit investor’s obligation to pay the installments is typically subject to various conditions, including the absence of a default under the mortgage loan documents. Thus, whether the tax credit investor will make the installments (thereby putting more of its capital at risk) when the project is in default depends upon the investor's assessment of the certainty of receiving the full stream of tax credits which it has been promised.

If the project has already been placed into service when there is a default on the secured lender’s loan, it is important for the lender to assess the value of the allocated but unearned tax credits and the recapture exposure to the tax credit investor.

It has been suggested by some commentators that the value of the remaining tax credits on a project should always be two to three times the mortgage loan balance and that, as a result, a tax credit investor always has a strong incentive to support a troubled project to avoid a foreclosure. Indeed, in a white paper published by Vine Associates, the author concludes that "for the first 12 years the tax credit investor would be better off economically to pay off the mortgage loan balance at a total loss, than to take the consequences of a foreclosure." In our experience, however, the value of the remaining tax credits frequently does not exceed the balance of the mortgage loan, let alone by two to three times. In such a scenario, the tax credit investor's decision to invest additional capital into the project in order save its credits is not so clear cut.

Understanding the value of the project

The third important topic that the secured lender must confront is the value of the property at the moment of foreclosure. In a foreclosure, the lender has the option of foreclosing out the Land Use Restriction Agreement (LURA) and converting the project to a market-rent project. However, not all projects are more valuable as market-rent projects. In fact, given the location and condition of the project, it may not be possible to raise rental rates beyond the rent-restricted rates. Moreover, although the secured lender can extinguish the LURA and the rent restrictions, it (and any subsequent owner) must still honor a three-year decontrol period, so the economic impact of converting the project to a market-rent project will not be immediate. Finally, and most importantly, if the property is converted to a market-rent project, the value of any remaining tax credits, which may be claimed by a subsequent owner of the project, will be lost.

To evaluate its options, a secured lender should obtain an appraisal of the project that values the project as both a rent-restricted property and a market-rate property, and identifies the impact of the decontrol period on conversion. Moreover, within the rent-restricted valuation, the appraisal should include values for both the bricks and mortar of the property and for the remaining tax credits allocated to the project.

Appraisers have very different methodologies for valuing remaining “mid-stream” tax credits. We will address the issue of valuation in a subsequent blog post. For now, however, it is sufficient to note that the lender should select an appraiser with significant experience in valuing LIHTC projects.  In addition, the lender should be knowledgeable in the practical aspects of what must be done to market the project for sale following foreclosure in order to realize the appraised value of the tax credits.

Check back with the Credit Report Blog to find out more about the issues that crop up when LIHTC projects go into default and bankruptcies and workouts occur.