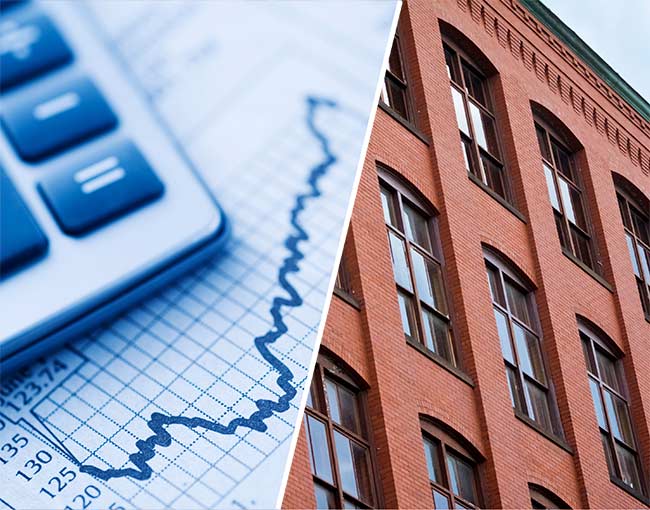 Note: This post is part of a continuing series on the Credit Report Blog on the subject of workouts and bankruptcies involving low-income housing tax credit (LIHTC) projects.

In Part I of this two-part series, we covered the various unique aspects of LIHTC project valuations and how the value of tax credits factors into a valuation. Today, we’ll dive deeper into how an appraiser might approach a valuation, and some concerns that courts have raised about the valuation process for these types of redevelopment projects.

The appraisal will then determine which of the scenarios, or combination thereof, yields the highest and best overall market value of the project. The overall market value will typically be either a combination of the first and fourth scenarios (i.e. the collective value of the bricks and mortar and the tax credits assuming the property remains a rent-restricted property) or the fourth scenario (the value of the property assuming conversion to a market-rate property following compliance with the three-year decontrol period).

How are remaining tax credits valued?

Appraisers usually place the most emphasis on the comparable sales method. But the problem with the comparable sales method is that there is very little empirical data regarding the sale of “mid-stream,” non-investment grade tax credits. As a result, many appraisers rely on a survey of prices paid by institutional investors for newly issued tax credits and then choose a mid-value or low-end of the range of such prices to account for the risk factors associated with a purchase of the particular tax credits at issue. While this approach seems logical, it has been criticized by at least one Court for its simplicity and its failure to consider the actual characteristics of the tax credits at issue.

In Sunnyslope Housing*, the Court heard testimony from two expert appraisers which the Court determined “are among the most highly skilled and respected experts in the field [of LIHTCs].” Despite the experts’ credentials, the Court criticized the methodologies undertaken by both experts and concluded that neither expert’s ultimate conclusion of value was persuasive.

The lender’s expert utilized a survey of prices paid by for newly issued tax credits and testified that an investor could be expected to pay at the lower end of the range reported in that survey. The Court criticized this approach on the basis that it “fail[s] to take into account any risk factor based on the lack of a tax credit guarantee [which a purchaser would normally receive in connection with a new project], or the fact that this is a mid-stream deal and clearly not investment grade.” The Court also pointed out that this approach also results in a double-counting of the value of tax benefits flowing from owning property other than LIHTCs. “These other tax benefits [namely, depreciation and interest expense deductions] exist for all income producing property regardless of whether LIHTCs are associated with it, and therefore these values have already been accounted for when the Court determined the value of the real property.” The Court concluded that these deficiencies, “render the [expert’s analysis] almost useless in determining the current fair market value of the Debtor’s LIHTCs. It amounts to little more than adding up the total future amount of tax credits and then discounting that to present value, while ignoring virtually all of the salient risk factors.”

The Court was similarly unimpressed with the valuation analysis proffered by the Debtor’s expert. The Debtor’s expert testified that based on a market survey she conducted (which included only one response from a non-traditional investor) there is no market for tax credits like those owned by Debtor. She further testified that because the potential market for the Debtor’s tax credits could not exceed 2% of the total market, a discounted cash flow analysis that she performed using a 30% discount factor should be given a weight of only 2%.

The Debtor’s expert testified that based on a market survey she conducted (which included only one response from a non-traditional investor) there is no market for tax credits like those owned by Debtor. She further testified that because the potential market for the Debtor’s tax credits could not exceed 2% of the total market, a discounted cash flow analysis that she performed using a 30% discount factor should be given a weight of only 2%.

The Court commended the Debtor’s expert for attempting an actual market survey based on the characteristics of the Debtor’s remaining tax credits, but concluded that the survey was “far too small to be conclusive.” The Court also criticized the expert for giving only a 2% weight to her discounted cash flow analysis and concluded that the best evidence of the value of the remaining LIHTCs was the value determined by her discounted cash flow analysis using a discount factor of 30%.

The Sunnyslope case illustrates the complications involved in valuing “mid-stream” tax credits. Such credits have very distinct characteristics that must be taken into consideration by the appraiser on a case by case basis. Where the value of the credits will be contested, an in-depth market survey based upon the actual characteristics of the remaining tax credits is highly recommended.

The final point for a lender to keep in mind is that the appraised value of an LIHTC project is nothing more than an “educated guess.” It does not necessarily translate into actual value. If the lender forecloses on the project or accepts a deed-in-lieu, the lender must ultimately be able to sell the project in order to realize value. Because the pool of prospective purchasers for a LIHTC property is much different, and much smaller, than the pool of purchasers for a market-rate property, lenders are well advised to develop a marketing plan prior to taking over an LIHTC property. Moreover, if the lender has an OREO group that manages foreclosed properties, it should involve that group early in the foreclosure process.