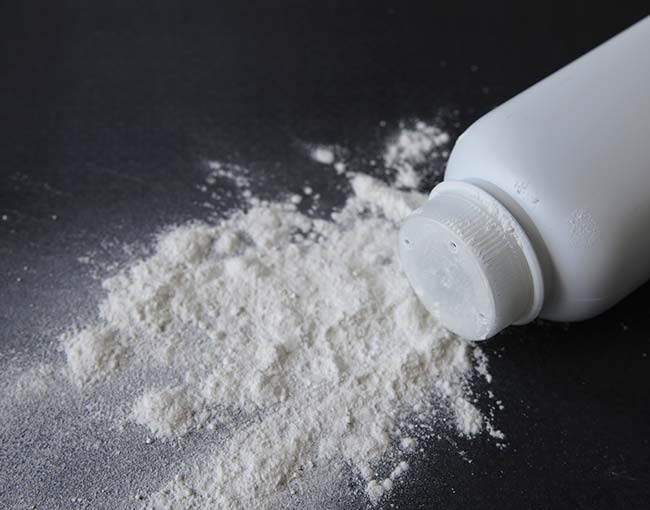 However, the Johnson & Johnson (“J&J”) related filing represents a new twist in the high-stakes game of mass-tort Chapter 11 cases. In brief, J&J used an obscure provision of Texas corporation law to split into two new companies: one that holds the talc-related liabilities and another that holds non-talc assets and liabilities. The new company with the talc-related liabilities then filed for Chapter 11 protection. Some legal commentators have called J&J's strategy the "Texas Two-Step." J&J candidly admits the strategy was intended “to globally resolve talc-related claims through a chapter 11 reorganization without subjecting the entire [J&J enterprise] to the bankruptcy proceeding.”

With exceptions not relevant here, it is a bedrock principle of bankruptcy law that all of a bankrupt entity’s assets and liabilities are subject to administration in the bankruptcy case. For example, in the much-publicized Purdue Pharma case, the company's Chapter 11 plan included the profitable non-opioid assets, which will be sold or operated for the benefit of the opioid creditors. As a result, Purdue Pharma, as constituted before the bankruptcy filing, will cease to exist.

Understandably, J&J wanted to avoid Purdue Pharma's fate. But J&J faced a dilemma. While Chapter 11 was a tried and tested strategy to manage mass-tort liabilities, a filing would subject J&J’s non-talc businesses to the risks and uncertainties of the bankruptcy process. J&J’s talc-related product sales were a minuscule portion of J&J's total business, amounting to only one-half of one percent (0.5%) of J&J's total 2020 consumer health product sales.

J&J’s potential solution starts with an unusual provision in the Texas Business Organization Code. Like all other similar corporation statutes, Texas law recognizes conventional mergers, i.e., combining two or more companies into a single surviving entity. But since 1989, Texas has also recognized so-called “divisive mergers” (sometimes called “divisional mergers”) where a company splits itself into two companies and allocates the assets and liabilities among the two new companies any way it sees fit.

Until recently, divisive mergers were discussed, if at all, by tax professionals in esoteric corporate taxation journals. The terms "divisive merger" and "divisional merger" have never appeared in a reported Texas case and have appeared only a handful of times in federal reported cases. But bankruptcy practitioners have pondered whether divisive mergers could provide companies facing mass tort liabilities with the best of all worlds: access to the bankruptcy courts to manage thousands of tort claims without exposing all of the tort defendant’s assets to the bankruptcy process.

On October 12, 2021, J&J completed a complex corporate restructuring that included a divisive merger under Texas law. To summarize, Johnson & Johnson Consumer Inc. (“Old JJCI”) merged into a newly formed Texas limited liability company, and the surviving entity (a Texas entity) then engaged in a divisive merger under Texas law. As a result of the divisive merger, (a) Old JJCI ceased to exist, (b) two new Texas limited liability companies were created; (c) Old JJCI allocated its talc-related liabilities and certain assets to one of the new LLCs (the “Debtor LLC”) and the non-talc liabilities and remaining assets to the other LLC (the “Non-Debtor LLC”). The Debtor LLC then converted to a North Carolina limited liability company and changed its name to LTL Management LLC. All of these actions occurred between 9:00 a.m. and 1:00 p.m. on October 12. Two days later, the Debtor LLC filed for Chapter 11 protection in North Carolina. In the meantime, the Non-Debtor LLC merged into a newly created New Jersey corporation and changed its name to Johnson & Johnson Consumer Inc. (“New JJCI”).

When the dust settled, the Debtor LLC was responsible for all talc-related liabilities, and New JJCI owned all non-talc assets and was responsible for non-talc liabilities. To be sure, the divisive merger did not leave the Debtor LLC saddled with all of the talc liabilities without any assets whatsoever. The Debtor LLC estimated in its bankruptcy filing that it holds $373.1 million in assets due to the allocation made in the divisive merger. Moreover, New JJCI has agreed to fund the Debtor LLC’s Chapter 11 case and contribute $2 billion into a settlement trust for the benefit of the talc claimants as part of a Chapter 11 reorganization plan.

Challenges to the J&J-related filing

While J&J is by far the largest company to use the Texas Two-Step strategy, it is not the first. Insofar as the author has been able to determine, J&J is the fourth company to use a Texas divisive merger before a bankruptcy filing.[1]  None of the other Texas Two-Step cases have yet resulted in a confirmed plan of reorganization. Nevertheless, these other cases suggest the newly filed case will face at least three major issues.

Even though all four Texas Two-Step cases used Texas law to accomplish their divisive mergers, they all filed their bankruptcy cases in the Western District of North Carolina, despite minimal contacts with that state. The popularity of this forum is probably due to the Fourth Circuit’s standard for bad faith dismissal of a Chapter 11 filing. In order to dismiss a Chapter 11 case in the Fourth Circuit, the reorganization must be both (a) objectively futile and (b) filed in subjective bad faith. Carolin Corp. v. Miller, 886 F.2d 693, 700-01 (4th Cir. 1989). In fact, the Fourth Circuit’s dismissal standard has been described as “one of the most stringent articulated by the federal courts.” In re Dunes Hotel Assoc., 188 B.R. 162, 168 (Bankr. D.S.C. 1995). Indeed, the official committee of product liability claimants in one of the other Texas Two-Step cases failed in its efforts to dismiss the Chapter 11 filing because of the Fourth Circuit’s stringent standard. In re Bestwall LLC, 605 B.R. 43 (Bankr. W.D.N.C. 2019). If the Debtor LLC case stays in North Carolina, we can expect the Debtor LLC to rely on Carolin and Bestwall to defend against any attempts to dismiss the case.

However, it is far from clear that the Debtor LLC’s case will remain in North Carolina. The Bankruptcy Administrator (comparable to the United States Trustee) has already filed a motion to transfer venue to the District of New Jersey. And on October 26, the Bankruptcy Court sua sponte entered an order to show cause why the case should not be transferred. If the case is transferred to the District of New Jersey, the standard for a bad faith dismissal will be governed by the more creditor-friendly standard of the Third Circuit. See In re Rent-A-Wreck of America, Inc. 596 B.R. 122 (Bankr. D. Del. 2019)(Third Circuit courts focus on two inquiries: whether the petition serves a valid bankruptcy purpose and whether the petition is filed merely to obtain a tactical advantage).

However, the transactions could still be challenged under Section 548 of the Bankruptcy Code The definition of “transfer” in Section 101(54) of the Bankruptcy Code is extraordinary broad (“transfer means . . . each mode, direct or indirect . . . of disposing of or parting with property”). So the quirky provision in the Texas corporation law is not necessarily the end of the story. The talc claimants will surely argue that the October 12 restructuring can be reversed using federal fraudulent transfer law.

Judge Craig Whitley, who is presiding over Debtor LLC’s bankruptcy case, said at a recent hearing that the Texas Two-Step strategy is either “brilliant” or “manifestly unfair,” depending on one’s perspective. The bankruptcy community will follow the outcome very closely. One thing is for sure: if J&J’s Texas Two-Step works, bankruptcy professionals around the country will start taking dance lessons.