Home > Insights > Blogs > In Focus > The Grinch that stole fair use? 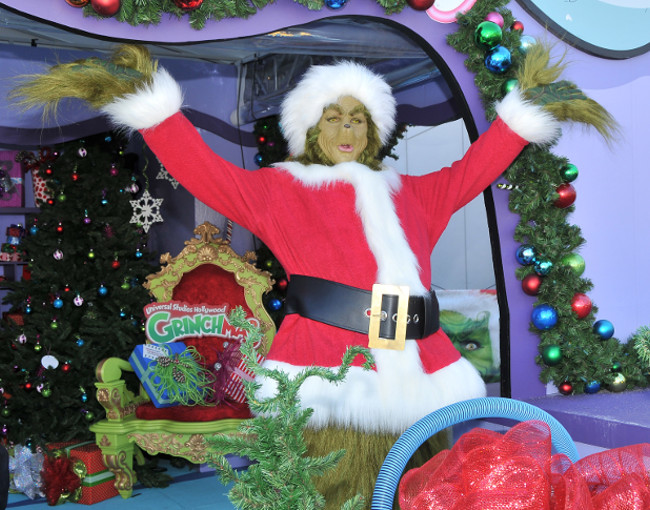 The Grinch that stole fair use?

Since the Supreme Court’s 1994 Campbell v. Acuff-Rose Music landmark decision, courts have expanded fair use protection. While not a license to take liberally from another work, the fair use test has often tilted in favor of the parodic or transformative second work.

The Southern District of New York is now considering a case that centers on a play that presents a wicked spin on a classic childhood storybook. The case may test the boundaries of what is parody, what is transformative, and how much taking is “fair.”

In the popular Dr. Seuss’ children’s book, “The Grinch That Stole Christmas,” the green, non-human Grinch attempts to ruin Christmas for the always-cheerful citizens of Whoville. Two-year-old Cindy-Lou Who comes upon the Grinch taking her family’s Christmas tree. The Grinch calms her, saying he’s just taking the tree to repair it. In the end, swayed by the cheerfulness of Cindy-Lou and the denizens of Whoville, the Grinch returns all their presents and even carves the “roast beast.”

The play at the center of the case, “Who’s Holiday!” fast-forwards 43 years from the story. Cindy-Lou is an embittered adult just released from prison for murdering her husband, the Grinch. He impregnated her, married her, took her from her family to his Mount Crumpit cave, and perpetrated domestic violence, precipitating his murder. The playwright, Matthew Lombardo, characterizes his play as “a dark comedic work with explicit language geared towards only adult audiences.”

After receiving a cease and desist letter from Dr. Seuss Enterprises, the playwright sought a declaratory judgment finding that the play does not infringe on Seuss’s intellectual property rights. He also filed a motion for judgment on the pleadings claiming the work is, on its face, a parody and/or highly transformative. In recent filings, Seuss opposed the motion, saying that because of the fact-intensive nature of the fair use inquiry, more discovery was required and the motion should be denied. Moreover, Seuss claimed the play is neither a parody nor transformative, and is not a fair use.

The English Oxford Living Dictionary (cited by the playwright) defines parody as: “An imitation of the style of a particular writer, artist, or genre with deliberate exaggeration for comic effect.” In Campbell, the Court said parody “invariably comment[s] on an original work and/or on popular culture.” In that case, the defendant’s rap video parodied Roy Orbison’s classic “Oh, Pretty Woman” because the rap “was clearly intended to ridicule the white-bread original.”

Lombardo claims the play’s parodic character is clear. “The Play humorously juxtaposes the rhyming innocence of Grinch with, among other things, profanity, bestiality, teen-age pregnancy, familial estrangement, ostracization and scandal, poverty, drug and alcohol abuse, the eating of a family pet, domestic violence and murder.”

On the other side, Seuss states: “[the Play] does not poke fun of, ridicule, comment upon, criticize, or otherwise transform Grinch.” Seuss claims the play is a sequel, a derivative work. “Turning Charlie Brown into a middle-aged drug addict would not be parody, and turning Cindy-Lou Who into a middle-aged widow is not parody either.”

Alternatively, if not a parody, the playwright claims its use should be fair because the play is “highly transformative.” To define transformative, both the playwright and Seuss quote the Supreme Court: “Campbell instructs that a court properly considers ‘whether the new work merely supersedes the objects of the original creation, or instead adds something new, with a further purpose or different character, altering the first with new expression, meaning, or message.’”

The playwright claims: “The Play does not copy Grinch verbatim, quote substantial (if any) portions of the text of Grinch, or copy the illustrations in Grinch. The highly transformative Play contains original dialogue, a newly devised plot, and the structure, tone and themes of the Play are materially different from that of Grinch.”

Seuss say the play is not transformative at all: “If aging Cindy-Lou and the other Seuss characters used by Playwright in order to create a sequel, off-color though it may be, constitutes ‘transforming’ those characters and Grinch for fair use purposes, it is hard to discern where the line is for when a sequel featuring the main characters and settings of an original work could infringe.”

Purpose and character of the use. As noted, the playwright claims the play is a parody and highly transformative. As either, the first factor would weigh in its favor. Seuss asserts, however, it is neither; it is only a sequel or derivative work. Seuss argues since it is a commercial work, this factor weighs in its favor.

Nature of the copyrighted work. Both parties agree the work is fictional; therefore, Seuss argues, this factor should weigh against the playwright. On the other hand, the playwright says this factor is of limited use in parody or transformative cases, again quoting Campbell: “the second factor is not ‘ever likely to help much in separating the fair use sheep from the infringing goats in a parody case, since parodies almost invariably copy publicly known, expressive works.’” Therefore, according to the playwright, this factor should have no weight.

Amount and substantiality of the use. Continuing the parody and transformative use theme, the playwright notes the Court in Campbell said: “Because a parody must take recognizable material from the original in order to convey its message, it is more likely to copy the ‘heart’ of the original ….” Even so, the playwright attempts to distance the play’s characters from the Grinch’s characters. Since it is a one-woman play, the Grinch never appears, and the adult woman playing Cindy-Lou is human (as opposed to the “not more than two” year old, with antennae giving her a “bug-like appearance”). The Grinch is only present though her recollection and dialogue.

Seuss notes that even if the court accepts the playwright’s parody and transformative use claims, the taking was not fair. This is because the playwright “took far too much,” not only from Grinch, but from other Seuss works as well in order “to avoid the drudgery of creating something fresh.” The play, Seuss says, recounts the entire Grinch plot in the first 14 pages, uses the same Christmastime-setting, appropriates the name, appearance, and traits of Cindy-Lou and the Grinch (also green and a non-human biped). He lives on Mount Crumpit, has the same dog, Max, steals Whoville’s decorations, etc. Seuss goes on to list many other similarities, including using characters from other Seuss books (who could forget Horton, the Cat in the Hat, Thing Two and so on). No surprise, each party believes this factor weighs in their favor, or, in the playwright’s case, at least not against fair use.

Effect on the potential market for the Grinch. In fair use cases, courts usually accord “dominant” weight to the first and fourth factors. With some justification, the playwright claims that if you compared the two works, there could be no confusing the two: “the Play is not a substitute for Grinch.” The playwright does note that there could be a derivative market for Grinch for “potential licensing revenues for traditional, reasonable, or likely to be developed markets.” Of course, the playwright claims Seuss “would never develop a market for adaptations of Grinch similar in theme or tone to the Play.” Moreover, as a parody under Campbell, even if the parodic play kills the demand for the Grinch, such harm is not cognizable under the Copyright Act.

Seuss argues the play would harm the recognized market for derivative works. Seuss alleges that there is a derivative market, including for plays. Given the judge’s ruling will be based only on the pleadings, and fair use is an affirmative defense, Rule 12(c) requires the judge to draw “all reasonable inferences in favor of the nonmoving party.”

Therefore, Seuss says its specific allegations as to the resulting harm must be accepted as true. Finally, Seuss proclaims again that the play is not a parody and the fourth factor weighs on its behalf.

Predicting judges is a hazardous undertaking. It appears, however, unlikely the judge will grant the playwright’s motion for judgment on the pleadings. Seuss has sufficiently alleged there will be harm to the derivative works market for Grinch. That is, unless the judge is able to clearly find the play a protected parody (and didn’t take too much of the Grinch) or that it was so transformative the play would not likely substitute for the Grinch or any derivative market Seuss would reasonably develop. I’m betting on the Grinch winning this round.