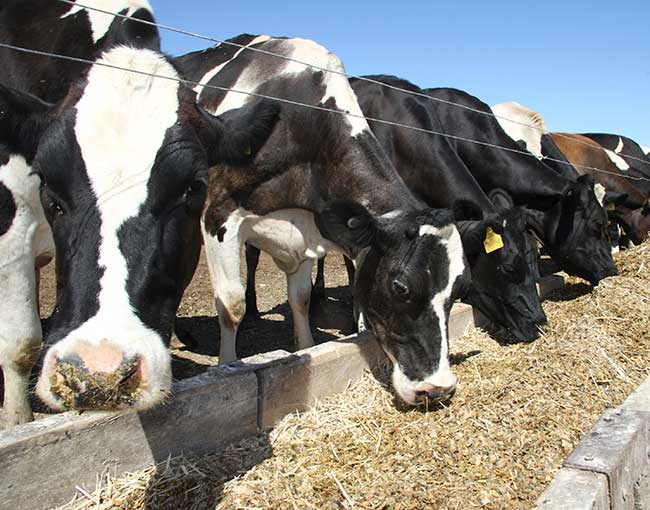 The thousands of food, agriculture and life sciences companies regulated by the federal government already face a barrage of complicated regulations. Add in significant regulatory uncertainty and a major reorganization of the governing agency and you see the current predicament of the animal supplement industry.

In this post, we’ll break down the current structure of the agencies governing the animal dietary supplement industry, detail the regulatory conflict between human and animal supplements, and offer some tips for animal supplement companies that will likely face increased FDA scrutiny and enforcement in the near future.

On January 13, 2013, the Federal Register published a Final Notice amending the Statement of Organization Functions and Delegations of Authority for the Department of Health and Human Services (HHS) on the reorganization within the FDA. This reorganization, approved prior to the publication in the Federal Register, brought the Center for Veterinary Medicine (CVM) under the Center for Food Safety and Applied Nutrition (CFSAN), thereby creating the new “Office of Foods and Veterinary Medicine” (OFVM). This reorganization happened in large part because of the mandates under the Food Safety and Modernization Act (FSMA) affecting both human and animal food chains. The goal in bringing these centers under one office was to hopefully create a more coordinated approach to the FDA’s risk-based mandates related to the safety of the U.S. food chain.

On its face, this reorganization may make sense, provided that all of the issues the former CVM dealt with were related only to animals that are part of the human food chain (i.e., livestock). This is not the case, however, as the CVM was also charged with reviewing and approving animal drugs, dietary supplements, feed, and feed additives for animals defined as companion animals, such as dogs, cats and horses. This consolidation has caused the animal industry to wonder what impact the reorganization will have on its business, particularly for companies producing animal supplements. This lack of clarity for animal supplement manufacturers initially arose from an FDA statement related to the applicability of the Dietary Supplement Health and Education Act (DSHEA) and the nature of animal supplements themselves. Combined with the January 2013 reorganization of the Centers for Veterinary Medicines, the issue remains a major source of confusion and risk for industry members.

Before DSHEA, human dietary supplements were inconsistently regulated as a food, a drug, or not regulated at all. These products were subject to inconsistent and seemingly random enforcement with varying requirements levied upon manufacturers based upon a case-by-case consideration of the product in question. Further, the animal supplement market was essentially unregulated. Companies were left with a market rife with confusion and varying product qualities and types. As a result, DSHEA was enacted to define dietary supplements as their own category of FDA-regulated products. These products would be regulated similarly to food. Thus, DSHEA added to the FDCA a definition for “dietary supplements” that states in relevant part:

21 U.S.C. § 321(ff). (emphasis added). Simply, DSHEA defines dietary supplements as products which are treated like food products by the FDA.

(61 FR § 17706.) Having made the pronouncement that DSHEA only applies to human supplements, the FDA has left a large market segment unregulated when the product does not fit within the applicable definitions of regulated products, specifically feed, feed additives or animal drugs:

A look at the animal supplement market reveals products similar to those products found in the human dietary supplement markets – products intended to affect or support a structure or function of the body. These products do not meet the definitions of a feed, feed additive or drug. Without the application of DSHEA, the result has been, to date, a virtually unregulated market.

As a result, the FDA will regulate animal dietary supplements going forward in light of this consolidation and the ever increasing enforcement actions of the FDA with its authority under the Food Safety and Modernization Act (FSMA), enacted in 2011.

Many animal supplements do not in and of themselves provide nutrition. They are also not intended for use in the diagnosis, cure, or mitigation of disease, and they are not intended to become part of animal feed. Therefore, there remains a huge portion of the animal supplement product market that is relatively unregulated. To further complicate the issue for the animal health industry, the FDA has historically found animal dietary supplements to be "technically in violation of the law, [but] they are of low enforcement priority except for when public or animal health concerns arise.” However, certain events may change that enforcement stance. One impetus for change is the Food Safety Modernization Act. It represents the first time in 70 years that the U.S. has directly addressed food safety and the security of the U.S. food supply. As a result of the FSMA, the FDA is now moving quickly to implement the FMSA requirements and increase its enforcement efforts over both human and animal products. Manufacturers can therefore expect increased scrutiny over their products.

Little guidance exists from the FDA for companies in the animal supplement industry, and compliance requirements remain difficult to pin down. Industry members must carefully analyze the market strategy for those products that have crossed over from the human dietary supplement market to the animal health market, a trend that is occurring with more and more frequency. These products may be the first to be subject to increased FDA scrutiny as they are already the subject of regulatory filings and therefore on the FDA’s “radar.” Regardless, a thorough analysis of an animal supplement is prudent prior to market entry. Carefully study the marketing and advertising claims surrounding those products, including product labeling and product testing in order to reduce the chances that the FDA takes notice of the product and decides to act.

What does this mean for animal dietary supplement products? Like so many other areas, it is highly likely that the FDA will find a jurisdictional basis, most likely within the FSMA or related food regulations to promulgate new rules to cover the void created by the current regulations and previous FDA statements. Further, companies will still have to ensure that labeling comports with applicable regulations. For example, the agency has allowed certain health claims to appear on animal food, provided that such claims generally meet the requirements set forth in the Nutrition Labeling Education Act (NLEA).

It generally takes time for the enforcement actions of the FDA to catch up to the new regulations; typically the industry is given time to reconcile its actions to those new regulations. Here the unique challenge will be understanding how to reconcile the animal supplement industry’s compliance efforts in light of the current lack of clear FDA guidance and regulatory requirements. Moving forward, and until the FSMA and the recent FDA reorganization have had ample time to mature, animal supplement companies would be well served to ensure that their packaging, labeling and claims comport with the NLEA. Additionally, these companies should take care in the marketing and advertising of these products to avoid enforcement actions by the agency, as it is most likely that these products will find themselves being regulated as an unapproved drug.

At Thompson Coburn we have a team of attorneys with years of experience dealing with FDA regulations, including, but not limited to, product analysis and approvals, product labeling, seizures, FSMA compliance, New Animal Drug Applications, cGMPs and detention proceedings. We would be happy to speak to you and your company on how we can assist you with your FDA regulated products.