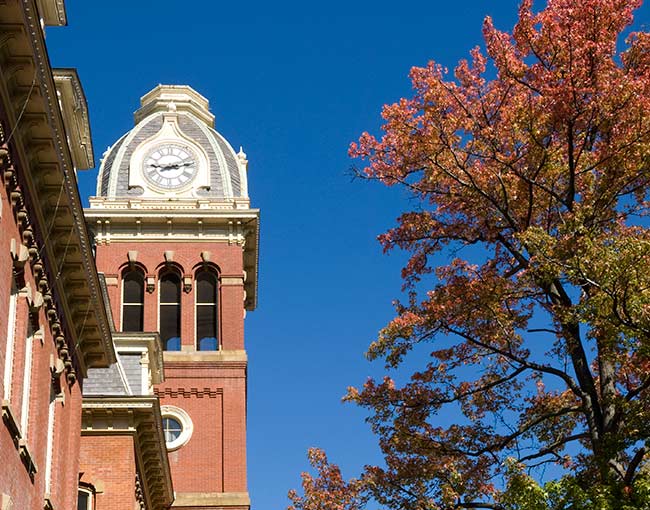 Why colleges in bankruptcy should have access to federal financial aid

With the reauthorization of the Higher Education Act (HEA) in full swing, the time is ripe for Congress to reconsider current laws prohibiting postsecondary institutions that declare bankruptcy from participating in the federal financial aid programs. Chapter 11, in particular, is a critical tool for institutions in distress, and may be needed now more than ever.

In the period leading up to the 1992 reauthorization of the HEA, Sen. Sam Nunn (D-Ga), then chairman of the Senate Permanent Subcommittee on Investigations, led an inquiry into reports of waste, fraud, and abuse in the federal financial aid programs, which culminated in a series of high-profile hearings held over eight days in October 1990. Reacting to these reports, and to the findings of the subcommittee, Congress enacted a package of integrity provisions designed to eliminate fly-by-night institutions from the programs, lower loan default rates, and address certain other areas of abuse.

In addition to the 90/10 rule (then 85/15), cohort default thresholds, and other well-known safeguards, the program integrity package introduced language that immediately rendered any postsecondary institution that files for bankruptcy ineligible to participate in the federal financial aid programs. 20 U.S.C. § 1002(a)(4)(A). Given the importance of federal financial aid revenue to most postsecondary institutions, this provision essentially transformed a bankruptcy filing into an institutional death knell.

The legislative history reveals that the bankruptcy language was included primarily in an effort to prevent bad actors from using bankruptcy as a shield from regulatory action. The committee received testimony from accreditors, for example, suggesting that bankruptcy impeded the ability of accrediting bodies to take adverse action against poorly performing institutions. The U.S. Department of Education’s then-Inspector General also signaled frustration with the bankruptcy recourse, observing:

By securing the protection of the [bankruptcy] court, which has an interest in seeing that the schools survive through reorganization, even a school that cannot make loan refund payments to former students may continue to admit new students who in turn incur student loan obligations [even though that]*** school may well close or otherwise cut back its educational program.

Subsequent to the 1992 reauthorization of the HEA, the Department of Education incorporated the bankruptcy provision into its regulations. Presently, the rule specifies that an institution is ineligible to participate in the federal financial aid programs if the institution, or any affiliate that “has the power, by contract or ownership interest, to direct or cause the direction of the management of policies of the institution,” either files for bankruptcy or has entered against it an order for relief of bankruptcy. 34 C.F.R. § 600.7.

The Department has emphasized in sub-regulatory guidance that this loss of eligibility due to bankruptcy is permanent and immediate (2014 FSA Handbook, 2-10, 2-11), a position that has been affirmed in the courts. Indeed, in the seminal case on the topic, In re Betty Owen Schools, Inc. (Bankr. S.D.N.Y. 1996), the court upheld the Department’s refusal to reinstate an institution’s eligibility, even after a new owner had purchased substantially all of debtor’s assets in bankruptcy. The Department took the view that the new owner would have to comply with the two-year waiting period required under 34 CFR 600.5 and thereafter apply for eligibility as a new institution.

The benefits of bankruptcy

While the bankruptcy provision indeed prevents postsecondary institutions from declaring bankruptcy to frustrate regulatory sanctions, as solutions go, it would seem a classic case of using a sledgehammer to crack a nut. In other words, equally effective options appear to be available, and without the potential collateral damage. And it’s worth taking a moment to recognize that the potential collateral damage is indeed significant.

The opportunity to continue operating while reorganizing through chapter 11 is considerable, to say the least. In addition to providing safe haven while an organization attempts to reorganize, chapter 11 bankruptcy permits an entity time to identify potential investors while maintaining value. Even where an entity is unable to emerge from chapter 11, the time and protections afforded may permit management to more fully consider available options, to make better, more deliberate decisions, and, if the organization ultimately must close, to do so in a more orderly fashion. While there are meaningful restructuring options that exist outside of bankruptcy, they are less robust, and may not be available to institutions in extreme distress.

A growing need for restructuring options

The bankruptcy provision renders this critical tool unavailable, and it renders it unavailable to all of higher education. Although the abuses investigated by Sen. Nunn were confined largely to the proprietary sector, and in particular to alleged fraud and similar misconduct, the bankruptcy limitation applies to any institution of higher education participating in the federal financial aid programs, without regard to the institution’s organization, ownership structure, mission, or record of service. Thus, while a seedy operation is indeed unable to hide behind bankruptcy, a reputable institution with a strong record is equally unable to take advantage of bankruptcy’s protections and opportunities.

This fact was painfully illustrated in 2012, when a Texas bankruptcy court upheld the Department’s action to strip Lon Morris College of its financial aid eligibility based on the College’s chapter 11 filing. A far cry from a dubious diploma mill, Lon Morris College was a 158-year old, private, non-profit, two-year institution located in Jacksonville, Texas. Financially distressed, Lon Morris filed for chapter 11 in hopes of reorganizing and selling the institution as a going concern. Alerted to the bankruptcy filing, the Department terminated Lon Morris from the federal financial aid programs, thereby ending the College’s efforts to find a new owner and leaving liquidation as the institution’s only viable option.

Significantly, a growing number of postsecondary institutions report financial challenges not unlike those of Lon Morris. In recent months, the dismantling of Corinthian Colleges has received a great deal of attention, as have the struggles of certain other for-profit postsecondary institutions. It would be a mistake, however, to assume that signs of distress are limited to the for-profit sector. Evidence continues to mount that many private non-profit institutions, impacted by the prolonged recession, declines in donor giving, and increased competition, also are struggling to make ends meet. Even public institutions are facing challenges. Just this past July, University of Maryland University College, the largest online public university in the country, announced that it is weighing restructuring options. And it is not clear that the trend will reverse anytime soon. On a particularly foreboding note, of 438 college and university business officers surveyed in 2014, only 24 percent expressed strong confidence in the sustainability of their business model for the next five years, and only 13 percent expressed strong confidence in their model over the next 10 years.

All this is to say that there are a growing number of institutions that may be facing considerable financial distress in the coming years, and as it stands, one of the most significant tools for successfully managing such circumstances, chapter 11 bankruptcy, will be unavailable. It certainly may be that some of these institutions will have engaged in questionable practices, made poor financial decisions, or for whatever other reason, lost public favor. But it also seems reasonable to expect that many will be respected, valuable organizations that have contributed, and would continue to contribute, to the public good, provided they are able to weather the storm. Chapter 11 would increase the likelihood that such institutions would endure. And even if access to chapter 11 did not permit such institutions to survive, it would enable them to proceed to closure in a more controlled, orderly fashion, which would be better for students, employees, regulators, and taxpayers alike.

If we accept that there is indeed a public interest in permitting postsecondary institutions to participate in the federal financial aid programs while in chapter 11, the question then becomes: How do we so while still guarding against the types of abuse discussed during the Nunn hearings? In recent months, the attorneys in our higher education practice have been collaborating with the business finance and restructuring professionals at our firm and at Weil, Gotshal & Manges LLP, discussing this and related topics, and we believe solutions are readily available.

Perhaps the simplest course would be to model the treatment of bankruptcy filings after the change of ownership or control process already employed by the Department. Presently, when an institution goes through a change of ownership or control, it automatically loses its eligibility to participate in the federal financial aid programs. 34 C.F.R. § 600.31. However, the Department has the authority to authorize the institution to continue to participate under the new ownership on a provisional basis, provided certain conditions are satisfied. As a practical matter, institutions typically seek a pre-acquisition review by the Department, during which the Department will consider the proposed transaction and indicate any conditions the new owner must satisfy to receive provisional approval following the change (e.g., growth restrictions, letter of credit).

Similarly, the law could continue to provide that a bankruptcy filing results in an automatic loss of eligibility, but only after a period of time, and if the institution cannot emerge from chapter 11 within such period. That period of time could be extended only upon the discretion of the Department. If it appeared to the Department that the institution was seeking bankruptcy in order to avoid federal, state, or accreditor sanctions and students were at risk, however, the Department would be able to immediately terminate participation. These legislative changes would encourage, rather than discourage, institutions to engage with the Department to ensure that they can pursue their restructurings without putting eligibility at risk.

Additional safeguards also could be included to ensure that the Department remained engaged in the process. For example, Congress could require a prepackaged or prearranged chapter 11 proceeding, provide that the Department would be able to act as a “party of interest” through the proceeding, or preserve the Department’s ability to place restrictions on the institution’s participation in the student aid programs in the case of egregious conduct.

A mechanism such as the one described above is more complex than the current outright prohibition, and likely would require more time and effort on the part of the Department to administer. It is not entirely foreign, however, given its similarity to the change of ownership mechanism presently in place. And critically, it would make chapter 11 available to distressed institutions.

In the coming months, Congress will continue to consider and mold legislation designed to reauthorize the HEA, which expired at the end of 2013 and presently is running on a temporary extension. Among the many issues being considered, it would seem that revisiting the bankruptcy provision would be worthwhile.