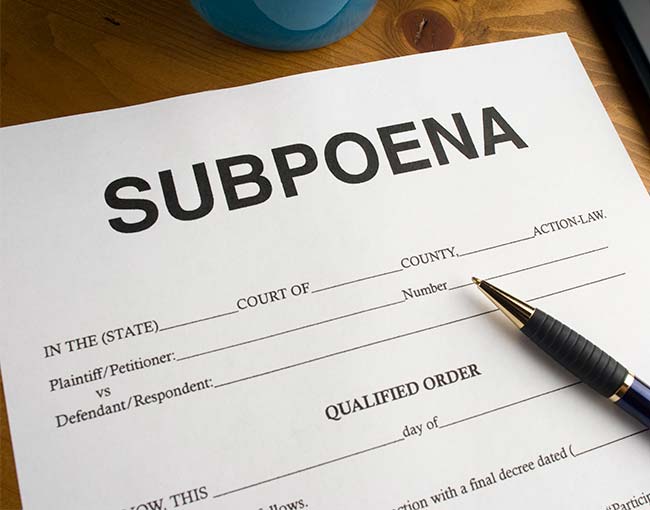 FERPA and subpoenas for student records

With some frequency, we receive questions in our practice regarding the interplay between the Family Educational Rights and Privacy Act (FERPA) (20 U.S.C. § 1232g; 34 CFR Part 99) and subpoenas or court orders. Many institutions assume that if they have received a subpoena or court order, they are permitted to produce the documents in question without first obtaining authorization from the affected student (or, in the case of a minor, a parent). This assumption is not entirely correct. 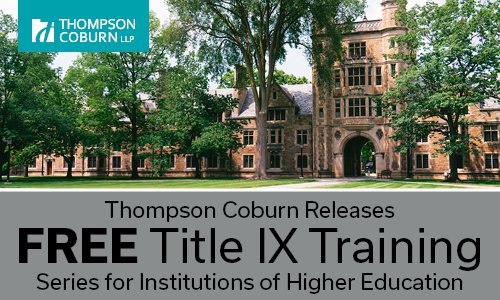 As most postsecondary administrators know, FERPA is the primary federal law that protects student education records. The law applies to any institution, public or private, that receives funds under any program administered by the U.S. Department of Education, which includes the vast majority of postsecondary institutions (because, among other things, they participate in the federal financial aid programs).

FERPA generally provides that before an institution may disclose a student’s education records, it must obtain written consent from the student. 34 CFR section 99.30. There is indeed an exception to this general rule for schools complying with a lawfully issued subpoena or court order, but importantly, the exception requires that the institution make a “reasonable effort to notify” the student of the order or subpoena in advance of compliance. 34 CFR section 99.31(a)(9)(ii).

Thus, an institution may produce records in response to a lawfully issued subpoena or court order without the student’s consent, but only after it has made a reasonable effort to notify the student that it intends to do so. The purpose of this advance notification requirement is to afford the student an opportunity to limit or “quash” the subpoena. Importantly, the institution is not required to obtain any consent or acknowledgement from the student in response. It is required only to provide the requisite notice.

What constitutes a reasonable effort to notify?

Through a series of decision letters, the Family Policy Compliance Office (FPCO), the division of the Department tasked with overseeing FERPA, has produced a fair amount of guidance on this topic that is worth parsing.

As a threshold matter, institutions should confirm that any subpoena received was, in fact, “lawfully issued.” This is simply a matter of confirming that the subpoena was issued in accordance with applicable state law. FERPA does not define the phrase “lawfully issued subpoena,” but in a guidance letter dated June 22, 1998, the FCPO made clear that a subpoena issued in compliance with state law would be considered “lawfully issued” for FERPA purposes.

Once an institution determines to respond to a court order or lawfully issued subpoena, its next task is to ensure that before doing so, it makes a “reasonable effort to notify” the affected student. Again, FERPA does not define this key concept, but the FCPO has offered salient guidance. In a February 16, 1999 letter issued to Youngstown University, the agency advised that whether an institution makes a reasonable attempt to notify a student in advance of complying with a subpoena is a “case-by-case” determination that takes into account “the totality of the circumstances.” The FCPO then went on to emphasize the importance of providing the notice in a timely manner, and through a method that is most likely to quickly reach the student.

On the issue of timeliness, the FCPO acknowledged that FERPA does not define what constitutes a timely notice, but encouraged institutions to “strive to provide a sound and sensible time period to allow a parent or eligible student to take action to quash a subpoena, particularly where a subpoena duces tecum has been issued by a court from a state other than the one in which the parent or eligible student resides.” The FCPO also recognized that an institution’s ability to provide timely notice would be impacted by the time period afforded the institution to comply with the subpoena “from the date the subpoena was served.”

As to the means of notification, the FCPO emphasized speed of delivery, commenting that “while regular mail is a normal means of notification, we also encourage educational agencies and institutions… to consider using certified mail, telephone, or facsimile as appropriate supplemental means of notification.” Presumably this list would have included e-mail, had the letter been issued a few years later. For our clients, we typically suggest that an institution first attempt to contact the student by telephone, then immediately send the written notice through the most effective means possible. The telephone conversation puts the student on notice that the written correspondence is forthcoming, and permits the institution an opportunity to confirm the most effective means to deliver the written follow-up.

Notably, the FCPO has emphasized in other guidance that the notice should be made directly to the student, on an individual basis. By way of example, the FPCO observed in a September 17, 1999 guidance letter that “[n]otice on campus bulletin boards or in campus newspapers would not be adequate to meet this requirement.” Based on this language, institutions would be safe to assume that notices posted on electronic bulletin boards, intranets, extranets, or in any other electronic space that is not specific to the student likely would prove insufficient.

Neither FERPA, nor FCPO guidance, requires an institution’s notice to follow any particular format. When counseling clients, we typically recommend a succinct correspondence covering the following points:

Exceptions to the notification requirement

As with any good federal regulatory framework, there are exceptions to the exceptions. In this case, there are two instances in which an institution may respond to a court order or lawfully issued subpoena without first making a reasonable effort to notify the student.

First, the advance notification requirement is not required when the disclosure is in compliance with a federal grand jury subpoena or a law enforcement subpoena and the court has ordered that the existence or the contents of the subpoena or the information furnished in response to the subpoena not be disclosed. 34 CFR 99.31(9)(ii).

Second, in specified types of judicial proceedings, an institution does not have to provide advance notification to a parent if the court already has given the parent notice because the parent is a party to the court proceedings. This second exception was added fairly recently by the Uninterrupted Scholars Act (USA), which became effective on January 14, 2013. The specific statutory language provides:

We should take a moment to comment on the recordkeeping requirements that apply in matters involving a court order or subpoena. FERPA regulations generally require that an institution maintain a record of all requests for access to and disclosures from education records. 34 CFR 99.32. As a practical matter, this means that when a request for and/or disclosure of education records is made, institutions typically complete a form and place it in the student’s file.

However, addressing recordkeeping requirements in the context of a subpoena or court order response, the FCPO offered the following guidance:

As emphasized above, this recordkeeping requirement is waived only when the school successfully notifies the student (or the disclosure was made without consent, pursuant to an allowed exception). Although the letter does not indicate whether an institution would need to retain proof that its notification attempt was indeed “successful,” a conservative view would suggest that maintaining such evidence would be prudent. As a practical matter, an institution may wish to simply place the record of disclosure in the student’s file to avoid any issue.

In the event an institution decides to place a request/disclosure record in the student file, either because it is required to do so or because it determines that it is a prudent course of action, it should ensure that the record satisfies the requirements of 34 CFR 99.32(a)(2). Specifically, the record, which must be kept with the student’s education records for as long as the education records are maintained, should identify (1) the party who requested or received the education records and (2) the “legitimate interest” the party had in requesting or obtaining the information.

On a final note, the FCPO has made clear that the redisclosure requirements found at 34 CFR 99.33(c), which typically apply to the release of education records, do not apply to records that have been disclosed pursuant to a court order or lawfully issued subpoena. Speaking specifically to this point, the FCPO observed in its June 22, 1998, letter that “once an institution determines that the subpoena or judicial order is valid and makes a reasonable attempt to provide advance notice in sufficient time to allow the student to take appropriate action, the institution is not responsible for taking any further action to protect the records against redisclosure.”