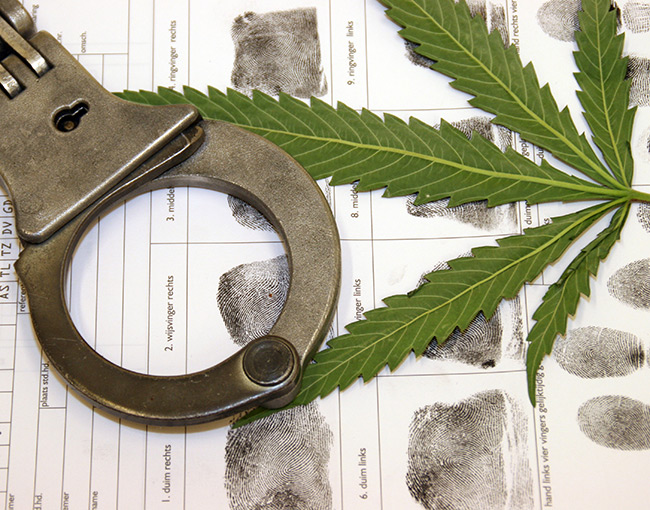 Interpreting the renewed Rohrabacher-Farr Amendment: A loophole for enforcement?

In 2013, the U.S. federal government shut down while federal legislators debated about various political issues of the year. However, during that debate, an amendment was added to the final spending bill that stated as follows:

None of the funds made available in this Act to the Department of Justice may be used, with respect to the States of Alabama, Alaska, Arizona, California, Colorado, Connecticut, Delaware, District of Columbia, Florida, Hawaii, Illinois, Iowa, Kentucky, Maine, Maryland, Massachusetts, Michigan, Minnesota, Mississippi, Missouri, Montana, Nevada, New Hampshire, New Jersey, New Mexico, Oregon, Rhode Island, South Carolina, Tennessee, Utah, Vermont, Washington, and Wisconsin, to prevent such States from implementing their own State laws that authorize the use, distribution, possession, or cultivation of medical marijuana.

Known as the Rohrabacher-Farr Amendment, this text was the first instance in which the U.S. Department of Justice’s ability to use federal funds to prosecute violations of cannabis-related federal law was disallowed and recognized the spirit of the Cole Memorandum as law with one key difference. That key difference is found in the final sentence: the Rohrabacher–Farr Amendment only applies to medical cannabis, not recreational products or businesses.

On May 5, 2017, President Trump signed into law the most recent spending bill to avoid a government shutdown. This bill also included a new version of the Rohrabacher-Farr Amendment, which read as follows:

SEC. 537. None of the funds made available in this Act to the Department of Justice may be used, with respect to any of the States of Alabama, Alaska, Arkansas, Arizona, California, Colorado, Connecticut, Delaware, Florida, Georgia, Hawaii, Illinois, Iowa, Kentucky, Louisiana, Maine, Maryland, Massachusetts, Michigan, Minnesota, Mississippi, Missouri, Montana, Nevada, New Hampshire, New Jersey, New Mexico, New York, North Carolina, Ohio, Oklahoma, Oregon, Pennsylvania, Rhode Island, South Carolina, Tennessee, Texas, Utah, Vermont, Virginia, Washington, West Virginia, Wisconsin, and Wyoming, or with respect to the District of Columbia, Guam, or Puerto Rico, to prevent any of them from implementing their own laws that authorize the use, distribution, possession, or cultivation of medical marijuana.

In the listed states and territories, the Department of Justice is effectively prevented from enforcing the Controlled Substance Act as to medical cannabis. However, the new amendment does not extend to the use of federal funds to enforce federal law as it relates to recreational cannabis.

However, alongside the bill, President Trump issued a “signing statement,” which is a tool by which the President may offer commentary regarding the bill being signed into law. While President Trump commented on several aspects of the spending bill, of particular note is his comments in regards to the updated Rohrabacher-Farr Amendment. The President stated:

Division B, section 537 provides that the Department of Justice may not use any funds to prevent implementation of medical marijuana laws by various States and territories. I will treat this provision consistently with my constitutional responsibility to take care that the laws be faithfully executed.

It is unclear what the President’s comment may indicate on a going-forward basis. When combined with the statements made by Attorney General Jeff Sessions, the industry continues to be hopeful that the current administration will leave the regulation of cannabis, at least medical cannabis, to the states.

It is interesting to note, when examining the precise terminology of the Rohrabacher-Farr Amendment, that the current administration may have created a loophole for enforcement actions against the industry despite the amendment. It states that DOJ funds will not be used to prevent listed states and territories from “implementing their own laws that authorize the use, distribution, possession, or cultivation of medical marijuana.”

By the language of the amendment, on its face, the law only applies to medical cannabis. Recreational cannabis enforcement by the DOJ has, to date, only been limited by the contents of the Cole Memorandum, a non-binding pronouncement of the DOJ’s enforcement priorities. This pronouncement can be changed with little or no advanced notice on the part of current DOJ leadership, and we would caution members of the industry from relying upon it.

However, the amendment’s use of the term “implementing” leaves a significant amount of ambiguity to the scope of the law. On one hand, it may be interpreted to only prohibit the DOJ from preventing the states from creating legal cannabis programs, passing related regulations and providing licenses to patients, distributors and cultivation centers. It may be interpreted to not include a prohibition on DOJ enforcement actions against individuals or businesses operating under those laws and regulations. To date, the scope of the Rohrabacher-Farr Amendment has not been widely tested in court.

In U.S. v. Marin Alliance for Medical Marijuana, the U.S. District Court for the Northern District of California found that the DOJ could only enforce the Controlled Substance Act in California insofar as entities were violating state law. Citing the previous iteration of the Rohrabacher-Farr Amendment, the court stated:

The CSA remains in place, and this Court intends to enforce it to the full extent that Congress has allowed in Section 538, that is, with regard to any medical marijuana not in full compliance with “State law [ ] that authorize[s] the use, distribution, possession, or cultivation of medical marijuana.

While this case exists, it does not represent national precedent, and the issue remains as to how courts across the nation will interpret the law.

Taken together, the U.S. federal government’s stance on cannabis enforcement remains unclear. On one hand, Congress has provided a sense of protection to the medical cannabis industry through the Rohrabacher-Farr Amendment, potentially tying the DOJ’s hands in many jurisdictions. On the other hand, the Attorney General has made public statements that indicate the federal government may not continue the hands-off approach adopted by the previous administration.

These statements were made despite the President’s statements while on the campaign trail that he would leave the issue of legalization of cannabis to the states. Now, the industry faces the task of trying to understand the most recent statement of the President in signing the Rohrabacher-Farr Amendment and what it portends for the industry.