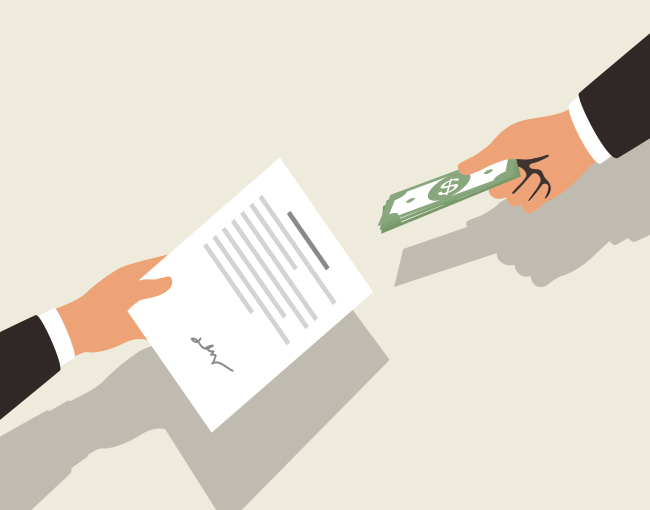 The elimination or reduction in appropriations by the President, contingent upon congressional approval.

Take the Money and Run

The annual appropriations process requires Congress to pass (and the President to sign) funding bills into law by the end of each federal fiscal year. While Congress has the power of the purse and thus determines how much to spend on federal programs, it is the Executive Branch that ultimately spends the money. As a result, appropriations bills are carefully negotiated inside Congress and with the consultation of the Executive Branch.

Presidents dating back to Jefferson have attempted to circumvent congressional spending priorities through the use of impoundment, which occurs when the Executive Branch does not spend money appropriated by Congress. Due to perceived abuses of this power by President Nixon, Congress limited the President's impoundment power with the Congressional Budget and Impoundment Act of 1974, which created the shared power of rescission.

She Works Hard for the Money

In late March, President Trump signed the long-overdue FY2018 omnibus appropriations bill. The combination of diminished tax revenues (from the December tax bill) and increased spending (in this appropriations bill) will accelerate deficit spending. Almost immediately and in line with widespread conservative sentiment, President Trump expressed frustration with the bill's cost. As a result, the White House has suggested that it will revive rescission authority.

Next week, the President is expected to release his proposed rescission request, which could include $25 billion in cuts to non-military, discretionary spending. The White House's drumbeat on rescission has met with mixed responses in the GOP-controlled Congress. House Majority Leader McCarthy (R-CA) and some conservatives have said they will support the President's rescission request. Senate Majority Leader McConnell (R-KY) has given conflicting statements about his support, and several Senate Republicans are skeptical of resurrecting debate on a just-passed bill. While a rescission request may be able to pass the more conservative House, its fate is anywhere from unclear to a non-starter in the more evenly-divided Senate.