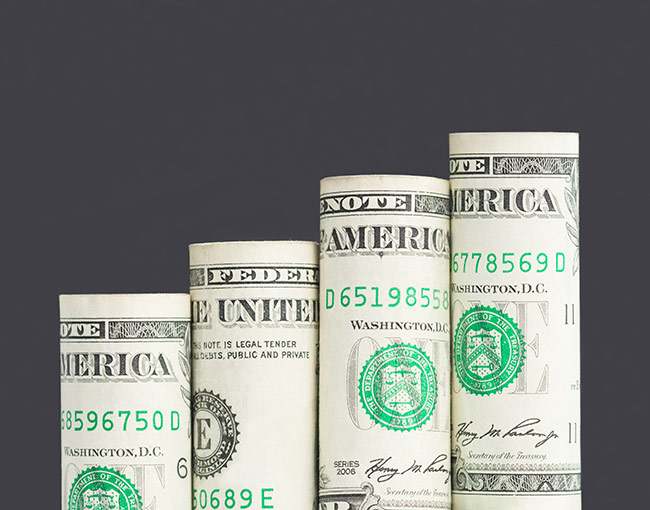 A House rule that automatically raises the debt limit without holding a separate vote.

The federal budget process begins with the President. The White House typically releases a budget request around the beginning of February that outlines the Administration's recommendations and priorities. The House and the Senate then begin work on their budget, which sets top-line budget numbers and establishes a framework for the appropriators' twelve spending bills. Congress ultimately passes its budget in the form of a joint resolution. In reality, however, Congress frequently fails to pass a budget resolution, sometimes for years at a time, just as it often fails to pass individual appropriations bills on time.

Congress not only has the constitutional authority to borrow and spend money but also has the authority to limit how much federal debt the U.S. government can hold. As surpluses from the 1990s have turned into deficits over the last 20 years, Congress has repeatedly been faced with difficult votes to increase the total amount of outstanding federal debt. To help alleviate this burden for his fellow House Democrats, former Representative Dick Gephardt (D-MO) - himself a former Thompson Coburn partner - suggested to his leaders that the House could tie automatic debt limit increases to the passage of the budget. First adopted in 1979, this concept later became known as the Gephardt Rule.

Upside Down, Bouncing off the (Debt) Ceiling

Instead of forcing a separate vote to increase spending, the original iteration of the Gephardt Rule "deemed" that the federal debt limit was raised to the level specified by the spending of the House- and Senate-passed budget resolution. The Gephardt Rule is a component of the overall House Rules that Democrats use when they control the chamber. When Republicans have been in the majority over the last 40 years, as they were from 1995 to 2007 and again from 2011 to 2019, the GOP repealed this rule and required separate votes on the debt limit. Accordingly, those separate votes made the issue often highly charged. For example, Congress and President Obama almost failed to raise the debt limit in 2011.

The Bipartisan Budget Act of 2018 suspended the debt limit until last month, at which time it was set at $22 trillion. Treasury Secretary Mnuchin announced that he is taking "extraordinary measures," or reprioritizing debt, to buy more time until this fall for Congress to approve an increase in the debt limit. If House Democrats pass a budget resolution, they would be leaving the Republican-controlled Senate and President Trump to find a solution to increase the debt limit and, thus, to calm financial markets.