After the Buzzer · Episode 12: Charles Harris and Herman Frazier on collegiate sports during COVID times 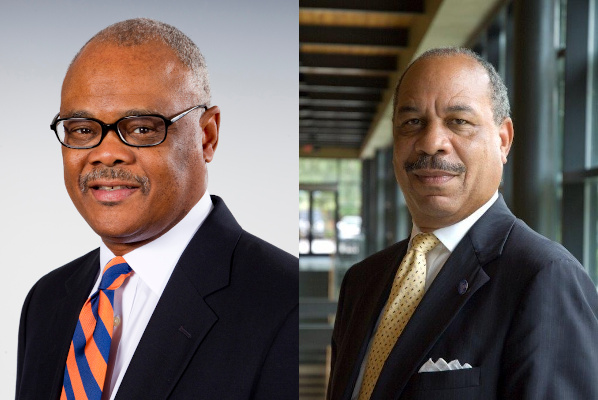 This week on After the Buzzer, host Bob Wallace speaks with two individuals with decorated sports industry resumes: Charles Harris, former Olympic athlete and current Executive Vice President at Averett University, and Herman Frazier, Senior Deputy Athletics Director at Syracuse University. The trio, who have been longtime colleagues and friends, touch on the early days of their careers before tackling the hot topic that is on everyone’s mind: will we have fall sports?

Charles and Herman shed light on what steps universities are taking to make this difficult decision and how they plan on keeping their student athletes safe if they choose to proceed with athletic competitions. They also discuss how to regulate athlete compensation and how it could vary from sport to sport and school to school.

“The money is always going to be an issue to me. If we ever say it’s not about money, it’s about money. I think about the Mid-America conference and those guys are going to lose $10 or $15 million dollars because they can’t play guaranteed games. Worse than that, in a town like Miami of Ohio for the big game against whomever, it’s a two-night minimum at the Days Inn for $275. They’re only going to make that money if football’s played. And if it’s not played, the trickle-down effect is going to be dramatic. Maybe not at the big end but by the same token, I can tell you if people are not in the stands because there’s no game and there’s no game and it’s not televised, somebody’s going to have to pay the piper.” – Charles Harris

On staying connect to student athletes:

I’ve asked the Director of Athletics and our Dean of Students regularly to do Zoom calls with our athletes in part because of the very abrupt way the semester ended. We had teams that really hadn’t even started competition yet for the spring. I felt it was really important for people who were paying as you do with Division III, for the opportunity to participate, that we stay in touch with them and make sure that they knew we cared about them.” – Charles Harris

“It’s the soup du jour within the Power Five schools, and it’s kind of taken a little step backwards because of COVID-19. However, what’s happening is a lot of the states are passing their own laws and what that does is it puts a little bit more pressure on the institutions and it also puts a little bit more pressure on the NCAA. For instance, let’s take California. If California schools pass the law, or the state passed the law and the schools had to abide by it, then it makes those athletes if they start receiving money, before the NCAA everybody else catches up to it, it makes them ineligible. Or other schools aren’t going to compete against them. So the thing is, you’ve got to start moving everybody in the same direction.” – Herman Frazier