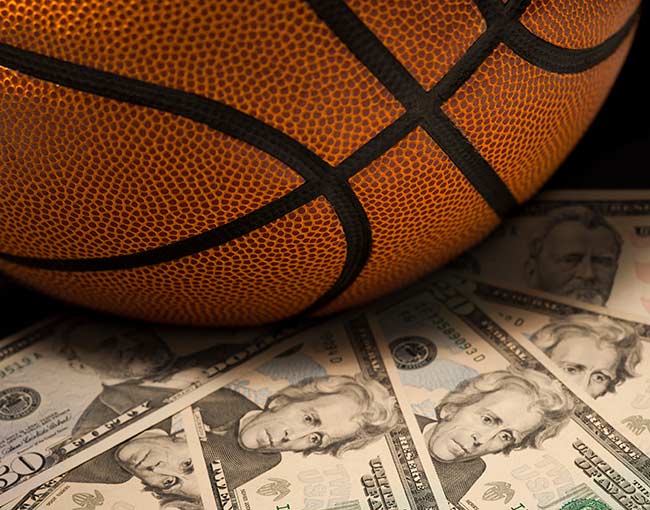 While the collegiate sports world continues to closely monitor the actions of the federal government and the growing push to enact federal legislation related to a student-athlete being compensated for use of his/her name, image and likeness (“NIL”), the states are not waiting to address these important issues.

Despite two recently filed bills by Senators Booker (D-NJ) and Blumenthal (D-CT) and a less expansive one from Senator Murphy (D-CT), the inaction from Congress and the NCAA related to NIL legislation has not stopped the shot clock from running on other state legislatures who continue to search  for solutions related to the NIL dilemma. States have become privy to the immediacy of NIL legislation and the necessity to keep their schools competitive across the college sports landscape.

If Iowa’s NIL bill passes, the bill will become only the second enacted law in the U.S., as it is set to take effect on July 1, 2021 and join Florida’s “Intercollegiate Athlete Compensation and Rights” (the “Florida Bill”). This article will provide a general overview of certain similarities and differences between the Iowa Bill and the Florida Bill.

The Iowa Bill does not provide a definition of “compensation” but  broadly states that a university shall not enforce any rule or regulation that prevents a student-athlete from “earning compensation” for use of the athlete’s NIL. The Florida Bill does, however, require that any compensation paid to a student-athlete be commensurate with the “market value” of the specific athlete. A mechanism for determining “market value” is left unresolved.

Absence of Non-Affiliation Requirement in the Iowa Bill

The Florida Bill states clearly that compensation is to be provided only by a “third party unaffiliated with” the student-athlete’s public or private university and restates the requirement of non-affiliation by communicating that those entities whose purpose includes supporting or benefitting the university’s athletic programs are prohibited from providing compensation for use of a student-athlete’s NIL.

Surprisingly, the Iowa Bill is silent on both a requirement of non-affiliation from the entity or an individual providing compensation to the student-athlete and includes no explicit prohibition on entities whose relationship includes supporting or benefiting a university’s athletic program.

It is possible that Senators Boulton and Zaun believe that a university’s athletic department can safeguard the integrity of the process and not disrupt the student-athlete’s ability to explore free market compensation  for use of his or her NIL. This a great leap of faith.   A fairly predictable and, therefore, well-established concern is the preferential treatment provided to those entities who financially support the university’s broad athletic activities, and will be provided priority and introductions to university athletes in order to enter into a contractual relationship for use of a prominent athlete’s NIL.  This type of arrangement could be ripe for abuse, which has always been a concern in the collegiate world surrounding amateur athletes.

The Iowa Bill states that unless the student athlete’s school provides approval, a student-athlete shall not be offered a contract that “requires the athlete to engage in in-person advertising” during “official, mandatory team activities.” This prohibition on this activity during required activities likely helps set expectations that a student athlete’s desire to be compensated for use of its NIL should not outweigh or interfere with the other obligations incumbent on a student-athlete.

Under the Iowa Bill, a student-athlete may receive compensation for use of its NIL when the athlete is not engaged in “official, mandatory team activities.” While the Florida Bill and the Iowa Bill both require a student-athlete to abide by its “team contract,” the Iowa Bill defines further requirements related to team activities. First, such activities must be “recorded in writing and made available to the public.” This requirement is likely a responsibility of the university’s athletic department or the specific sport, and should be used as a guidepost to help student-athletes plan for time in which the athlete may pursue NIL opportunities. Second, the team activities “shall not exceed twenty (20) hours per week during the athletic season and eight (8) hours per week during the off-season.” These time restrictions are meant to provide balance for the specific athletic team while allowing the athlete to pursue his or her interest, including NIL and academic interests.

Confidentiality Limitation when Contract is Disclosed to the University

Both the Florida Bill and the Iowa Bill requires the contract between a student-athlete receiving compensation for use of its NIL and a counterparty be disclosed to the university in which the student athlete is enrolled. The Iowa Bill does provide additional confidentiality protections around the contract by limiting disclosure in the event any trade secret or confidentiality requirement might  be violated.

Higher Threshold for a Professional to Represent Student-Athletes

The Iowa Bill requires the Iowa State Treasurer  to provide prior certification of such professionals before any representation can be entered into with a student-athlete. Such certification by the Treasurer limits the potential pool of professionals who are able to assist student-athletes by requiring such professional to have “significant qualifications for, or demonstrated experience providing, representation to college athletes in negotiations or have financial or other relationships with athletic associations, conferences, or other groups or organizations with authority over intercollegiate athletics.”

The rush for states to provide its student-athletes the right to be compensated for use of its NIL is intensifying. Senator Boulton has previously stated that the Iowa Bill was introduced because “we want to make sure we are not granting lesser rights to Iowa student-athletes.” With the effective date of the Iowa Bill approximately four months away, student-athletes will certainly recognize the potential to enroll at a university in a specific state to earn compensation for use of its NIL. As a result, look for additional states to start entering this race and for the senatorial bills to gain some traction before the shot clock reaches zero.  The next several months will most certainly bring new developments.

Thompson Coburn continues to monitor these developments in college athletics and the impact on student athletes, their universities and other participants. Our previous article on this matter can be found here.