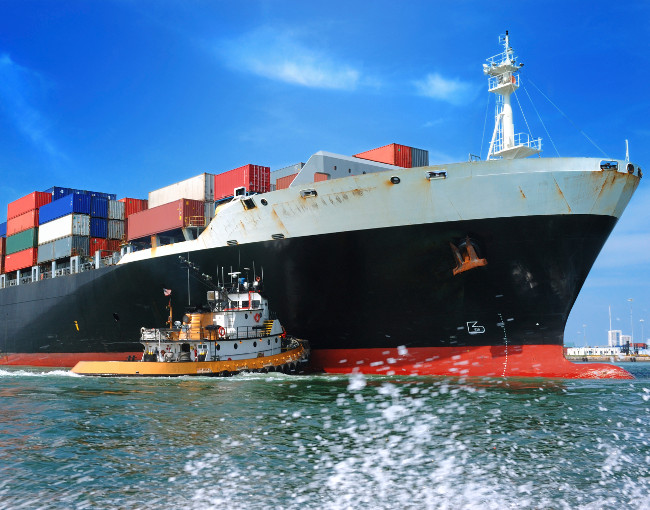 If your company has a Government contract or has a contract under a U.S. Government grant, guaranty, loan, or advance of funds, it likely has one or more of the Cargo Preference Act contract clauses. [1] These clauses require companies to use U.S.-flag vessels when shipping cargo under the contract.

Understanding these differences when shipping cargo is necessary for contractors to appropriately price proposals and to comply with their contract obligations or to address an instance of non-compliance. As a recent Government contracts case involving the shipment of steel piles for the replacement of a pier illustrates, construction contracts are particularly susceptible to the requirements of the Cargo Preference Act clauses given the items required for contract performance. [4]

As a potential influx of spending on Federally-funded construction is likely on the horizon, contractors who are awarded such contracts must ensure that they do not errantly assume that the two statutes and their clauses are the same or interchangeable.

The clauses implementing the Civilian Cargo Preference Act require that the contractor use U.S.-flag commercial vessels "to ship at least 50 percent of the gross tonnage involved under this contract (computed separately for dry bulk carriers, dry cargo liners, and tankers)."

In contrast, the Defense Federal Acquisition Regulation Supplement (DFARS) clause that implements the Military Cargo Preference Act requires the use of U.S.-flag vessels "when transporting any supplies by sea under this contract" (emphasis added).

Use of a foreign-flag vessel

Under the Civilian Cargo Preference Act clauses, contractors must use U.S.-flag commercial vessels: "to the extent that such vessels are available at rates that are fair and reasonable." Thus, there are at least two potential but related reasons that a contractor may use a foreign-flag vessel in place of U.S.-flag vessels: (1) availability and (2) the fairness and reasonableness of rates.

The first reason (availability) will often (if not always) be situation-specific, but the second reason is framed largely by 46 C.F.R. Part 382, which partially covers how the U.S. Maritime Administration (MARAD) determines "[f]air and reasonable rates for the carriage of preference cargoes on U.S.-flag commercial vessels."

As this part of the Code of Federal Regulations reflects, the determination of "fair and reasonable" is not based on the global market; rather it is a determination based on the rate that the vessel owner/operator charges in the context of the specific costs it incurs for owning and operating the vessel under U.S. laws and regulations.

Unlike the Civilian Cargo Preference Act clauses, though, the DFARS clause does not use language that requires a determination based on MARAD's 46 C.F.R Part 382 provisions. Rather, it permits a request if the "freight charges are inordinately excessive or unreasonable" or if the "charges are higher than charges to private persons for transportation of like goods."

Regarding the former, it is relevant to note that the legislative history of the Military Cargo Preference Act reflects that when passing the statute, the Congress clearly understood that using U.S.-flag vessels over foreign-flag vessels was already as much as three times the cost.

Procedures to use a foreign-flag vessel

Neither the Civilian Cargo Preference Act nor the Federal Acquisition Regulation (FAR) clause implementing the statute defines the procedure that a contractor must follow before using a foreign-flag vessel, but the FAR clause does explain that "Guidance regarding fair and reasonable rates for privately owned U.S.-flag commercial vessels may be obtained from" MARAD.

Likewise, part of the statute's implementing regulations (46 C.F.R. 381.5) requires an agency to obtain concurrence from MARAD before authorizing shipment on a foreign-flag vessel. Thus, in the Civilian Cargo Preference Act context, MARAD may interact significantly with both the contractor and procuring agency.

There may be some agency or contractor communication with MARAD when a contractor seeks to ship cargo under a contract covered by the Military Cargo Preference Act, but the DFARS clause explicitly requires the contractor to coordinate with the contracting officer.

The clause requires the contractor to provide the request to the contracting officer at least 45 days prior to the sailing date that would be necessary to meet the delivery schedule. Although requesting a determination 45 days in advance may prove difficult for many construction contractors, the ASBCA's recent decision explicitly found that 45 days is a reasonable timeframe given the internal Government coordination required for a contracting officer to come to a decision.