Home > Insights > Publications > Trademark Modernization Act: What we learned after one year 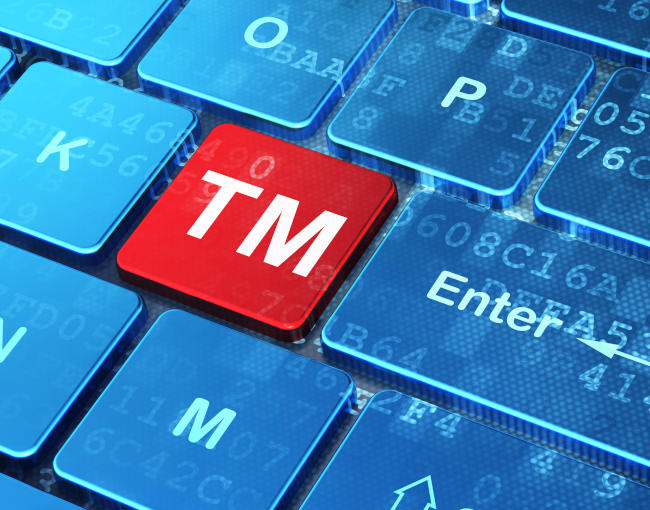 This article provides a year-in-review of the TMA - the number of expungement/reexamination petitions filed and their results, and the effectiveness of the new procedures.

After one year, there have been 207 total third-party petitions filed – 105 expungements and 102 reexaminations. There have been 33 Director-instituted proceedings.

With the exception of December[1], petitions filed by third-parties have been relatively consistent month-to-month, ranging from 14 to 27 filings in each month in 2022. The chart below shows the month-over-month trend in third-party expungement and reexamination filings brought under the TMA. 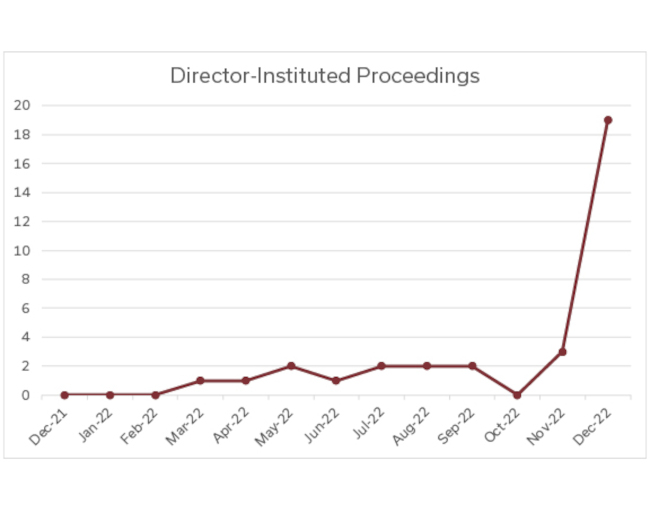 As we move into 2023, it will be worth following whether third-party filings stay relatively steady, and whether the Director continues the December practice of bulk-instituting.

After a third-party petition has been filed, the USPTO must determine whether the petitioner established a prima facie case of non-use of the mark. The USPTO has three options:

Approximately 34% of all third-party proceedings were not instituted because the petitioner failed to establish a prima facie case. Specifically, the USPTO has instituted 118 third-party filings and refused to institute 61. One common reason the USPTO refused to institute a proceeding was that the petitioner failed to set forth a prima facie case because the investigation related to use was not appropriately comprehensive. For example, the USPTO has refused to institute a proceeding where the submitted evidence consisted of: Google search results, Amazon search results, screenshots from YouTube and LinkedIn[2]; two affidavits alleging non-use[3]; website captures from www.gov.uk and an article from World Trademark Review[4]; and screenshots from the registrant’s own website[5]. Based on the results we are seeing from 2022, it appears that the petitioner’s burden to conduct the investigation is higher than initially expected.  Because the determination not to institute a proceeding is final and non-reviewable, petitioners should take the time to establish a prima facie case before filing a petition.

Of the 118 third-party proceedings that have been instituted, 29 registrations have been cancelled, in whole or in part, because the registrant failed to timely respond to an office action. 3 registrations were voluntarily surrendered, in whole or in part.  12 of the 29 cancelled registrations did not have a listed U.S. attorney of record. This highlights the importance of having a U.S. attorney of record, and maintaining a current and regularly monitored email address on record, to receive correspondence from the USPTO and respond in a timely manner. The remaining proceedings are still pending either because they have not been examined or because registrants who filed responses have not yet had the proceeding decided on the merits.

In 2023, it will be worth closely monitoring whether the registrants who filed responses to the notices of institution (which passed the USPTO scrutiny) will be able to maintain their registrations.

[1] Only one third-party reexamination petition was filed in the month of December, on December 2 against THE RUCKER (U.S. Reg. No. 6749864).