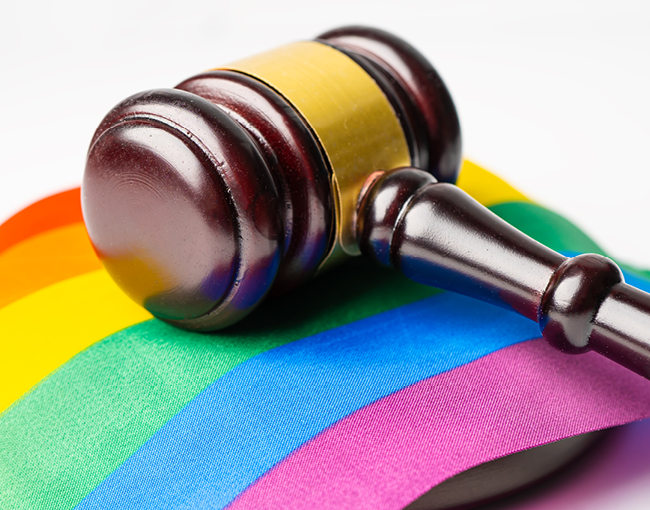 In late May, just ahead of Pride Month 2021, Thompson Coburn partnered with Citywide Pride, a collective of LGBTQ leaders from companies and law firms across Chicago, to host a virtual evening tea with Judge Jill Rose Quinn, the first transgender elected official in Illinois history. Thompson Coburn Business Litigation Associate and LGBTQ+ Affinity Group Co-Chair Drew Moore moderated the discussion with Judge Quinn. Drew serves on the Illinois State Bar Association’s Judicial Evaluation Committee which investigates, interviews and issues recommendations regarding candidates for judicial office, and was familiar with Judge Quinn through the committee’s screening process for the 2020 General Election.

Judge Quinn made history last November when she became Illinois’ first transgender elected official. She previously worked as a community organizer and neighborhood lawyer, and started her own practice in 1997. Judge Quinn is also involved with the LGBT Chamber of Commerce of Illinois, the Lesbian and Gay Bar Association of Chicago and the Alliance of Illinois Judges, an association of LGBTQ individuals and their allies.

When asked what inspired her to become a lawyer, Judge Quinn said she was born in 1954 and came of age during the Civil Rights movement and that informed her world-view. She added that, while speaking to her father years ago, she told him that she wanted to become a lawyer to change society for the better and help marginalized — not rich — people. Judge Quinn’s father said she would be broke but that did not deter her from pursuing a law degree. When asked about her role models, Judge Quinn identified Sen. Robert F. Kennedy and the Rev. Dr. Martin Luther King Jr. because of their principles, oratory skills and passion to do good works.

Judge Quinn said that as a practicing attorney she always looked up to judges and their ability to make life-changing determinations. Judge Quinn added that when she first ran for judge she had been living openly as a transgender woman “for about 10 years and never thought [she] would be accepted by the electorate or the bench.” She added, “There's not a single transgender judge on the bench. So people who are transgender look to the bench and they don't see it as a legitimate institution because they're not included, they're not represented.”

Judge Quinn spoke about going to her first national LGBT Bar Association gathering in 2012 and meeting and being inspired by the Honorable Phyllis Frye, an out trans judge based in Houston. She recalls Frey saying “Jill, you have to get out of stealth mode. You have to be visible. You have to show people who we are. You have to be a judge.”

As for what it takes to run for office, Quinn said the judicial application is 57 pages and asks a lot of detailed questions about a candidate’s professional life. She said that if anyone wants to run for any office they need to keep track of what they did in the workplace which means keeping detailed records of who they worked with, who they represented, and which cases they take on. Quinn added that there are three ways of becoming a judge — getting appointed as an associate judge by the Chief Judge, running for a position as a judge during an election, or getting appointed to fill out another judge’s term and then running for that seat in the next election.

Other topics of discussion included her relationship with her campaign manager/wife Stephanie Marder, her transition process and how that impacted her personal and professional life.

What can non-trans allies do to support transgender colleagues, friends and family members? “Just appreciate the difficult internal conflicts happening for transgender individuals before and during a transition”, said Judge Quinn. “It’s basically like you have to decide every day who you’re going to be.”

Judge Quinn also encouraged everyone to call out discriminatory statements and actions involving transgender individuals, from outright harassment to minor aggressions like refusing to use a person’s preferred pronouns. “When you see a fire, put it out. And when you see something that needs to be lit, light it.”