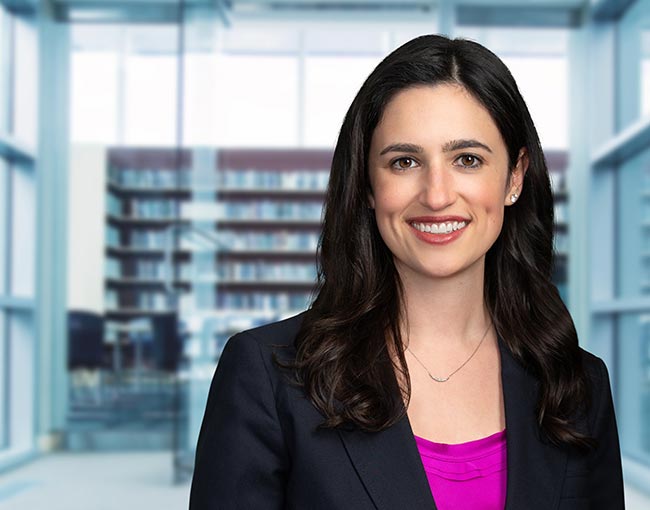 Thompson Coburn Hahn & Hessen is pleased to announce that New York partner Ariele Strauss has been named a winner of the Secured Finance Network’s 2022 40 Under 40 Awards in the Legal Services category.

The SFNet 40 Under 40 Awards launched in 2016 to celebrate the achievements of young professionals in the secured finance industry. Recipients of the honor are recognized as the “future leaders who exemplify true excellence in their careers and demonstrate commitment to their communities as well as to the industry."

This year’s 40 Under 40 winners will be honored in the June issue of The Secured Lender and celebrated at an in-person gala at The Plaza in New York City on June 16.

Ariele's clients include national banks, commercial finance companies, and other institutional lenders, along with hedge funds and private equity firms. She is recognized for her meticulous attention to detail, insightful approach and practical viewpoint that she brings to each transaction.

Ariele is a graduate of Brooklyn Law School and she completed her undergraduate studies at University of Rochester. Ariele was a summer associate at Thompson Coburn Hahn & Hessen during law school and joined full-time upon her graduation from Brooklyn Law School in 2010.

Ariele has provided training to lawyers and clients with respect to legal issues that impact the commercial finance space, including being a presenter for the SFNet Legal On Demand education program. In receiving this award, Ariele joins Thompson Coburn Hahn & Hessen attorney Sarah Gilbert who was a 40 Under 40 honoree in 2016.