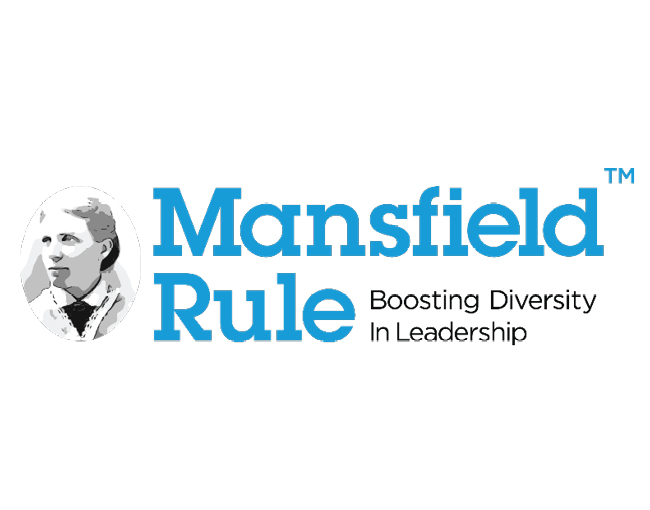 Thompson Coburn is one of just 165 law firms in the country that have been certified under the Mansfield Rule 5.0, a national initiative to increase the representation of diverse lawyers in law firm leadership by broadening the pool of candidates considered for roles and opportunities.

The certified firms completed a rigorous 12-month collaboration with Diversity Lab with built-in measurement, transparency, and accountability. Thompson Coburn is especially proud to have achieved Mansfield Certification "Plus" status, indicating that, in addition to meeting or exceeding the baseline requirements, we successfully reached at least 30% diverse lawyer representation in a notable number of current leadership roles.

This year, Mansfield Rule participation has grown by 85% with more than 45 new firms and an expansion into the UK. Now in its sixth year, the Mansfield Rule has become the standard by which law firms track and measure that they have affirmatively considered at 30% women, lawyers from underrepresented racial/ethnic groups, lawyers with disabilities, and LGBTQ+ lawyers for top leadership roles, senior-level lateral hiring, promotions into the equity partnership, and participation in client pitch meetings.

The Mansfield Rule is named after Arabella Mansfield, the first woman admitted to the practice of law in the United States. It traces its origin to the 2016 Women in Law Hackathon hosted by Diversity Lab in collaboration with Bloomberg Law and Stanford Law School.

Thompson Coburn has already committed to participate in Mansfield 6.0 in 2023. Norma Jackson, Thompson Coburn’s Chief Diversity & Attorney Development Officer, is an advisory board member for Diversity Lab, which will determine the next set of national standards for promoting diversity in law firm hiring, promotions and governance.

“Under the national banner of the Mansfield Rule, law firms across the country have made historic strides in expanding diversity, inclusion and equity efforts,” said Norma. “I’m proud of the results achieved so far, and thrilled to see what our legal community will achieve as part of Mansfield Rule Certification.”

“We quickly signed up for Mansfield, because we immediately recognized the program’s benchmarks matched our firmwide commitment to developing more diverse pools of candidates for hiring and promotion. We’ve renewed our commitment each year since joining because, simply put, Mansfield spurs meaningful results," said Roman Wuller, Chair of Thompson Coburn. "It has provided a strong pathway for us to strengthen the diversity of our job candidates and up and coming leaders. Our clients also recognize the power of the Mansfield program and have responded positively to our renewed commitment to the Mansfield standards.”