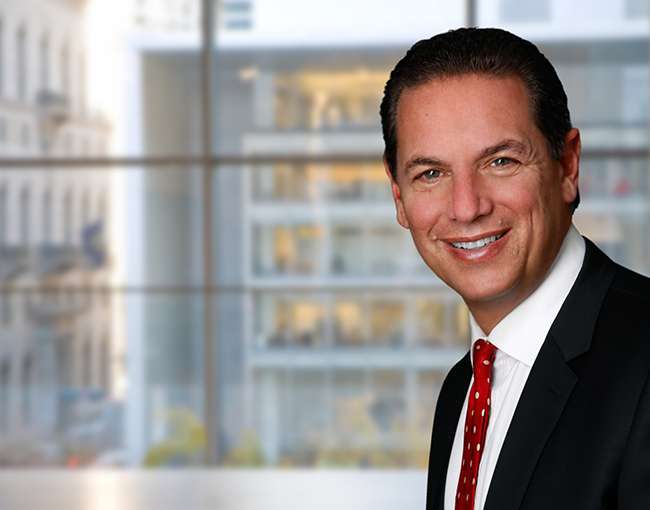 Barry serves as a corporate strategist and outside general counsel to small- to mid-sized companies, as well as their principals, in a variety of industries.

Barry is active in both corporate and real estate transactional matters. He is also one of the founders and co-chairs of the Firm's Cannabis practice, which provides comprehensive services to the industry on issues ranging from product liability and commercial litigation to patent applications, licensing and permits, FDA compliance, product warnings and packaging, health care law, and real estate transactions.

As a result of his many successes for clients, Barry has been honored by Super Lawyers in Southern California from 2010 to 2021 (by Thomson Reuters), which is awarded to less than 5% of eligible lawyers in Los Angeles. He is one of less than a dozen attorneys recognized for his extensive experience in representing Closely Held Businesses. Barry was the Partner in Charge of the Los Angeles office of Thompson Coburn from 2013-2019 and has served on the Firm's Management Committee, Compensation Committee and Strategic Planning Committee, among others.

A native of Los Angeles, Barry has been active in his local community throughout his legal career. He has taught Business Law at California State University, Northridge and West Coast University. He also sat as a Judge Pro Tem in the Los Angeles Superior Court, the Beverly Hills Municipal Court and the Los Angeles Traffic Court.

Representative Transactions in 2022 (through September 1)

Represented an international transportation company in its successful negotiation for a 5 year, $95 million contract with a major metropolitan airport for its fly-away shuttle service.

Represented a trucking transportation company in Alabama in the sale of its assets for $6 million.

Represented a billion dollar cannabis company in California in its acquisition of three companies for a total value of $34.5 million.

Represent the owners of a pharmacy in the sale of its assets for $18 million.

Represented the owners of a pharmacy in the sale of its assets for $13 million.

Represented the owners of a dental supply company in the sale of a minority interest for $6 million.

Represented the owners of six pharmacies in the sale of stock and assets with a value of over $70 million.

In three other separate transactions, represented the sellers of pharmacies in transactions over $20 million.

Represented a publicly-traded international transportation company in their proposal for a significant bus contract with a large metropolitan city.

Represented the owner of a New York hotel in a $60 million refinance and recapitalization.

Represented a printing company in the acquisition of real estate and equipment for a new facility, including bankruptcy issues.

Represented the majority owners of a general partnership in the purchase of the minority interest in real property valued at $10 million.

Represented various companies in the apparel business in the negotiation and drafting of licensing, representation and distribution agreements.

Represented numerous landlord and tenants in the negotiation and drafting of leases.

Represented Key Information Systems, Inc. in the sale of the company to Converge Partners, a public Canadian Company.

Represented Avalon Transportation, LLC in the acquisition of two bus companies in California and Arizona.

Represented a world-famous movie director in a funding and distribution agreement with a large multi-national corporation.

Represented a minority shareholder in obtaining both a judgment for past distributions of income and a redemption of shares totaling $9.8 million.

Represented a public transit authority in the acquisition and development of real estate for a park and ride facility in Southern California.

Represented the purchaser of a commercial real estate property occupied by a national animal hospital in Northern California as well as a shopping center in Utah.

Represented the majority members of an LLC in their negotiations and refinancing of a $60 million commercial property in downtown Los Angeles.

Represented the seller of a significant multi-million commercial property in Glendale.