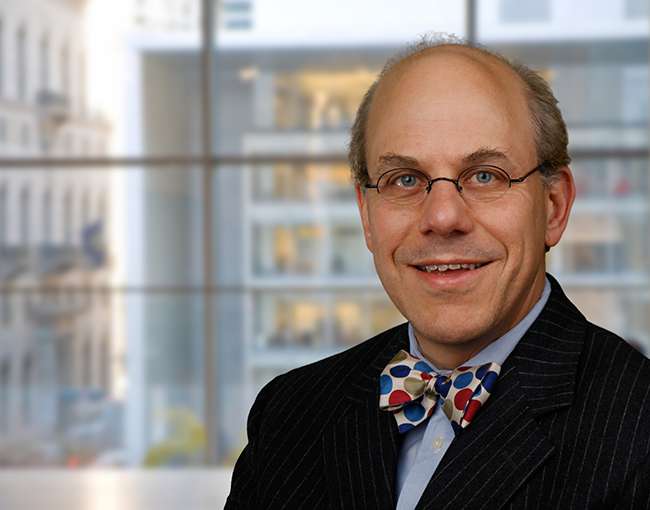 Robert counsels clients in all aspects of international transactions with a focus on the trade and shipment of goods.

Robert chairs the Firm's International Trade practice. He has extensive experience in advising clients on issues concerning the valuation, classification and origin of imported merchandise; duty-deferral and recovery; free trade agreements; and export controls governing sanctions at the Office of Foreign Assets Control (OFAC), dual use goods under the Export Administration Regulations (EAR) and munitions under the International Traffic in Arms Regulations (ITAR). Robert represents clients in antidumping, safeguard and other trade remedy actions before the International Trade Commission and the Department of Commerce.

Whether it is the classification of chemicals under the Harmonized Tariff Schedule, understanding the implications and limitations of certain technical provisions of the Commerce Control List, understanding how to integrate a compliance system into a company's automated processes, or designing and conducting an investigation of potential compliance issues, Robert's background in the sciences and automation have proved to be valuable in understanding the technical information that is often at the core of international trade compliance issues.

Robert resolves trade issues with a multifaceted approach. For example, he has worked with U.S. Customs and the Department of Commerce to resolve classification disputes in Mexico. Robert also establishes systems and procedures that help his clients avoid regulatory pitfalls that often trap companies in international trade, and resolves problems that may occur, with minimal penalty exposure. As a licensed customs broker and foreign freight forwarder, Robert was the vice president of a major logistics firm prior to entering the practice of law, where he developed the automated systems for the preparation of customs entries and logistics documents, and aided the U.S. Customs Service in the development of its automated systems. This experience enables him to provide his clients with a unique insight into both the transportation and regulatory aspects of trade, and the practical implications of compliance and enforcement measures, as well as an understanding of the complexities involved with implementing cargo security requirements throughout the supply chain.

Security issues are of a central concern to the importation and exportation of goods as well as foreign acquisition, ownership and control of U.S. entities. By understanding the diverse interests of the Departments of State, Defense, Homeland Security, Treasury and the other various agencies charged with implementing international trade security measures--broadly or narrowly defined--Robert is able to help clients establish transactions and acquisitions so as to avoid regulatory and policy road blocks.

Unraveling the Mysteries of Country of Origin in International Trade May 22, 2014

"Unraveling the Mysteries of Country of Origin in International Trade";
May 22, 2014

"International Trade Law: Export Control Reform: What Does It Mean or Not Mean For Your ITAR and/or EAR Exports";
September 19, 2013

"The International Regulation of Trade";
University of Baltimore, February 21, 2012

USMCA allows challenges to U.S. grants of authority given to persons of Mexico providing cross-border long-haul trucking services in the United States