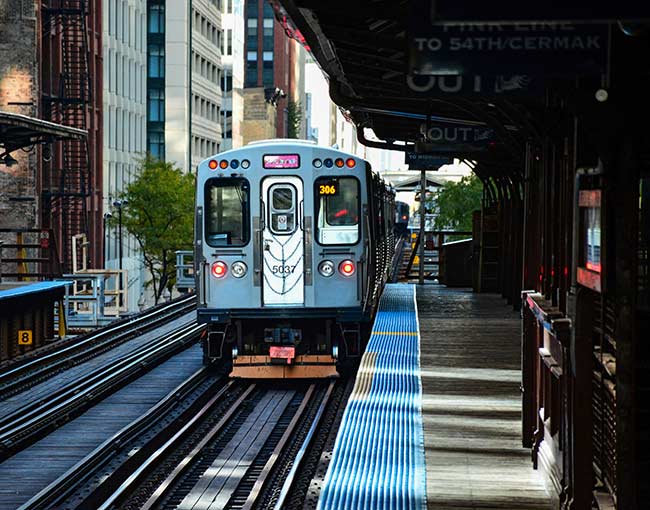 The Chicago Transit Authority operates the nation's second largest public transportation system, providing bus and rail service to the City of Chicago and 35 surrounding suburbs. On an average weekday, approximately 1.64 million rides are taken on CTA. In 2009, the CTA began an extensive process to explore and implement a new fare payment system to replace CTA’s aging swipe card system.

Drawing on Thompson Coburn’s decades of work for many of the nation’s largest transit systems in a variety of matters, CTA selected our firm as special legal counsel in connection with the development and procurement of an open standards fare payment system — the first of its kind to be implemented for a major metropolitan area in the United States.

Thompson Coburn’s legal team developed a two-step Request for Proposals to determine qualified bidders and negotiated the procurement to finalize business terms among bidding teams in the competitive range. We also drafted the final contract documents for the Best and Final Offers. In 2012, a contract was awarded to Cubic Transportation Systems Chicago, Inc., which implemented the new Open Standards Fare System known as Ventra, throughout CTA’s bus and rail system.  The system provides just one card for regional transit throughout the Chicago area and replaces paper and plastic fare cards used over the last 20 years.

The business transaction for the Ventra system required Cubic to design, build, finance, operate, maintain, repair and replace the Ventra system and provide certain related services over a 12-year term. Cubic’s system includes fare card readers on buses and train fare gates, a universal transaction manager and data warehouse, the Ventra website, and operation of a retail network to allow customers throughout CTA’s service area to purchase and load Ventra fare cards. Significantly, CTA provided no upfront payments to Cubic. Instead, Cubic’s compensation included a fixed fee and a per ride fee over the contract term; payments began only after the Ventra system was fully operational.

Following the Ventra system roll-out, Thompson Coburn was engaged as the legal team to document a cooperative partnership among CTA, the Suburban Bus Division of the Regional Transportation Authority (known as Pace) and Cubic to implement the new Ventra fare system on Pace’s bus system, which serves customers in six collar counties in the Chicago region. In 2014, the Chicago region’s third public transit agency, the Commuter Rail Division of the Regional Transportation Authority (known as Metra) decided to implement the Ventra fare system on its rail transit system serving the suburban counties. Our firm again was engaged to act as lead counsel. Contract supplements have included the development of a Ventra mobile application and a mobile ticketing application to supplement Metra’s conductor punch tickets.

The Ventra fare collection system was the first of its kind in the United States, and the joint implementation of the system among CTA, Pace and Metra was the first cooperative partnership for a regional fare program in the Chicago region. Thompson Coburn helped design and document this innovative and highly effective cooperative partnership. The firm also led bank and regulatory work on an effort to expand passenger options by permitting fare payment by contactless debit, credit and prepaid cards, mobile phones and other devices, and contractor-provided Ventra fare cards.