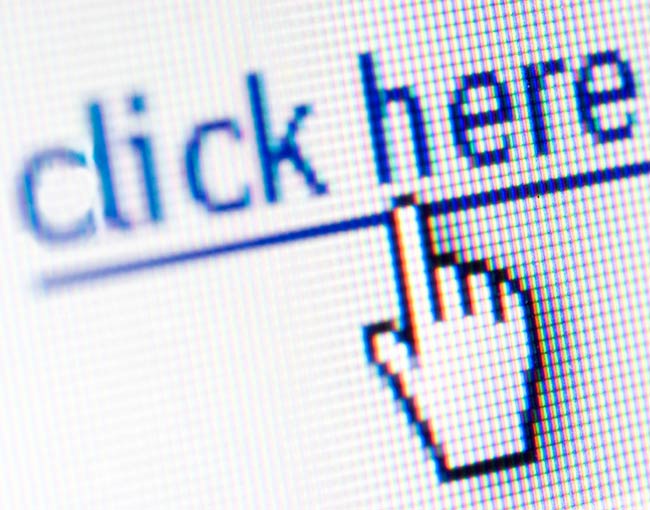 Hyperlinks are lawful - unless you use them unlawfully

Can Internet links ever be unlawful? It is a question that has been asked before, but the answer that’s developed through almost 20 years of extensive public Internet use is this: Mere reference use of a hyperlink is rarely unlawful. And a recent federal case from New York, Pearson Education v. Ishayev, affirmed that conclusion, holding that even a hyperlink to copyright-infringing materials did not itself constitute infringement.

The case involved a scheme in which buyers were sold copies of instructors’ manuals for textbooks, and were supplied with unauthorized, clearly infringing copies of the books. The scheme was indefensible. And for most of the transactions, where buyers were sent zip files containing unauthorized copies of the books, liability was clear at the pre-trial summary judgment stage. After all, sending a zip file without authorization from the copyright owner is a reproduction and a distribution of the work — two of a copyright owner’s exclusive rights.

The case got interesting, though, when it looked at situations where no zip file was sent. In those instances, a hyperlink directed the buyer to an Internet site where he or she could download the book. The publisher said that, too, was infringement. But even in circumstances that clearly suggested that the seller was directing the buyer to that site as part of a scheme of infringement, the court held that use of that link, by itself, didn’t constitute copyright infringement.

The seller, in giving the buyer a hyperlink and directing the buyer to use the link, was not reproducing or distributing the work. The court found that distinction crucial: “As a matter of law, sending an email containing a hyperlink to a site facilitating the sale of a copyrighted work does not itself constitute copyright infringement. … because hyperlinks do not themselves contain the copyrighted or protected derivative works, forwarding them does not infringe on any of a copyright owner’s five exclusive rights under § 106.”

Put differently, the court characterized hyperlinks as “the digital equivalent of giving the recipient driving directions to another website on the Internet.” It’s true, and it’s a reality that courts have highlighted in the past. A pioneer Internet case from 2000 similarly compared hyperlinks to roadway signs. Links have also been compared to automated scholarly footnotes, and some concern about inhibiting this signature feature of the World Wide Web clearly restrains courts from imposing liability on the mere provision of Internet hyperlinks.

Can hyperlinks thus be used to evade responsibility for improper conduct? Not really. In this case, the book publisher lost only on a pre-trial motion (summary judgment), on the limited issue that the seller’s mere provision of a hyperlink did not directly violate one of the basic copyright rights. Later in the case, at trial, a jury could well conclude from all the evidence, including the seller’s provisions of the links, that the seller infringed the copyrights by uploading the books to the hyperlinked sites.

There’s another way, too, in which improper use of links can lead to liability. I discussed several of those cases a previous article for the Berkeley Technology Law Journal, “Link Law Revisited: Internet Linking Law at Five Years.” Where links are used as part of an overall illegal scheme — what I called “linking-plus” cases — they can be illegal. For example, where a copyright defendant evaded a court’s injunction prohibiting the transmission of copyrighted materials by giving out hyperlink references to where those materials could be found, the court readily enjoined those links. And as one court noted, when links are viewed as containing both expressive and functional elements, the First Amendment may protect the expressive elements but not the functional elements. For example, it’s unlawful to use hyperlinks to distribute trade secrets, particularly if the entity providing the hyperlinks is under a legal obligation to honor the trade secret.

Linking-plus rationales often apply in derivative liability cases. For example, in a copyright case, suit could be brought not just for direct infringement, but for inducing others to infringe, or for facilitating their infringement. The textbook publisher, for example, could accuse the defendant of inducing its customers to infringe the publisher’s copyrights, with the provision of the hyperlink being one key action in that inducement of infringement.

So the holding of the recent case isn’t as simple as “hyperlinks don’t create liability.” In most cases, the use of a hyperlink, like the use of road sign, is unlikely to create liability by itself. But used improperly as part of a broader illegal scheme, hyperlinks can indeed lead to liability. That was my conclusion in 2001, and with the increasing focus in intellectual property cases on derivative liability doctrines like inducing infringement, contributory infringement, and vicarious liability, it’s almost certainly true today.