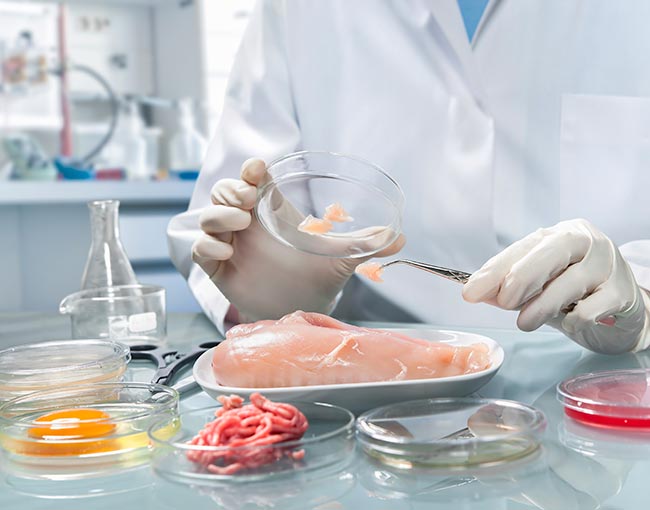 Food industry sees one of first whistleblower suits under FSMA

Since the passage of the Food Safety Modernization Act in 2011, the FDA has promulgated proposed rules that overhaul the old Good Manufacturing Practice (cGMP) rule and create new Hazard Analysis and Risk-Based Preventative Controls (HARPC) for certain food. These proposed rules have resulted in a final set of rules, published in the Federal Register on Sept. 17, 2015. The final version of this new Rule, aptly named Current Good Manufacturing Practices, Hazard Analysis, and Risk-Based Preventative Controls for Human Food, presents new regulatory challenges and compliance issues for companies involved in the manufacturing, processing, packaging and labeling of food and food-related regulated products. Considering the significance of the new requirements, the food industry will be facing new compliance challenges. An understanding of these mandates ahead of compliance deadlines is key.

Over the next few articles posted to Life Sciences Decoded, we will discuss the new Rule, the challenges it represents to the food industry and the differences between the new Rule and the old regulatory requirements it replaces. (Read part two.)

Before the new Rule

Under the current rules, the vast majority of food manufacturers are required to apply cGMPs in their facilities. These are controlled by the regulations found at 21 C.F.R. Part 110 et. seq. This part consists of only 11 sections divided into five subparts and is largely outdated, having been created in June 1986. The cGMPs describe with very little detail the sort of practices that the FDA envisioned food manufacturers would employ to ensure that their products were safe and wholesome for American consumers. In spite of this lack of detail, food companies often find themselves subject to 483 inspection findings that are not necessarily detailed in the cGMPs.

During the past 29 years, however, the U.S. food industry has become significantly more competitive and sophisticated. Products are increasingly being sourced from foreign countries, and food products are being made overseas for import to the U.S. Some of these countries do not have the food safety standards in place like those imposed by the FDA under the old cGMPs. As a result, there have been several recent, high-profile instances of contaminated food products – both human and animal foods – some of which have ultimately injured American consumers or their pets.

The FDA has recognized the need for a new set of regulations imposing much more detailed and meaningful restrictions and controls on food manufacturers. This effort began with the creation of the Hazard Analysis and Critical Control Points (HACCP) plans that the FDA requires seafood, juice and retail/food service companies to maintain, as well as a more recent voluntary program for dairy producers. These HACCP plans – part process, part records-keeping requirements and part identification of potential risk – aim to do two things: increase the safety of the food products and make it easier and faster for the FDA or the companies themselves to track and identify the sources of any outbreaks of foodborne illness or contamination.

Expansion of HACCP, cGMPs and the creation of HARPC

The success of the HACCP plan program in the seafood, juice and retail/food service industries led the FDA to consider applying similar requirements to the rest of the food industry. As a result, the FDA has, as part of the new Rule, decided to remove Part 110 (food cGMPs) and replace it with a much more robust and significantly more burdensome 21 C.F.R. Part 117. Many of the old cGMP requirements and sections have been imported wholesale from the old Part 110 but with significantly more detail. Furthermore, most of the subsections have retained their old subsection numbers, in the new Part 117. For example, the old 21 C.F.R. § 110.40, covering Equipment and Utensils, will become the new 21 C.F.R. § 117.40.

However, in addition to the cGMPs, the FDA is creating a HACCP-like set of process and record-keeping requirements called Hazard Analysis and Risk-Based Preventative Controls, or HARPC. Many food manufacturers have already voluntarily implemented HACCP-like plans, and these manufacturers will easily recognize the language of the HARPC requirements. In fact, much of the new HARPC Final Rule references HACCP plans and the methods used to create them as delineated by the FDA and USDA. These requirements, found in what will be the new 21 C.F.R. § 117.126- § 117.175, describe a mandated food safety plan, analysis of the hazards in a facility, analysis of the risks those hazards pose, the creation of preventative controls to reduce the risk of those hazards, and response procedures should one of those risks occur and contaminate food products. These processes and records-keeping requirements also include a requirement that a food processing facility must have an individual on site who is trained, to standards the FDA will publish, in the application of a HARPC plan.

These plans, however, are not simple, and it will not be easy to determine how to comply with these regulations. Implementation and compliance will require cooperation and interaction among corporate leadership, compliance personnel, and manufacturing facility personnel. At Thompson Coburn, we have a team of attorneys who have experience in implementing HACCP and HACCP-like food safety plans.