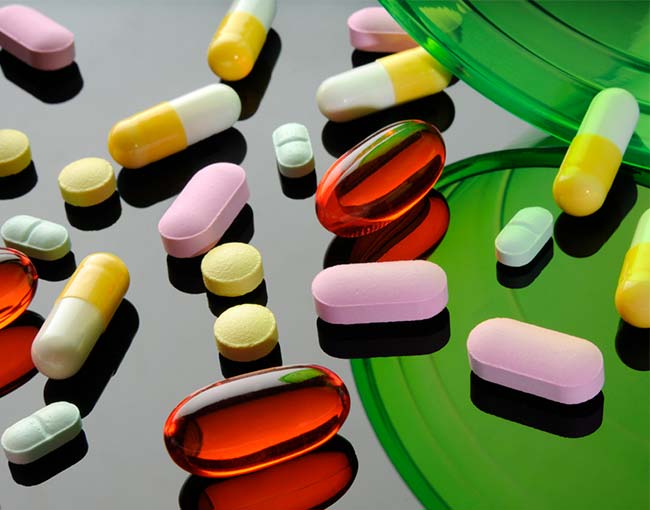 The Oregon Attorney General’s Office hit General Nutrition Centers (GNC) with a lawsuit last week alleging that the company knowingly sold supplements that contained FDA-banned ingredients. The action should serve as a cautionary tale to the dietary supplement industry facing renewed FDA scrutiny. Although denied by GNC, the accusations and allegations continue as evidenced by the complaint filed by the Oregon State Attorney General and recent FDA Warning Letters, including several issued six months prior that specifically addressed one of the suspect ingredients in Oregon.

The impact on the industry is yet to be fully known, however, the dietary supplement industry can be assured that if nothing else, there is a heightened awareness of its activities by both public and government entities. In light of these recent events, supplement manufactures should conduct a careful internal review of ingredients, labels and new dietary ingredient filings.

In April 2015, the FDA issued a series of warning letters to dietary supplement manufacturers and sellers in regards to the inclusion of an unapproved ingredient, Beta-methylphenethylamine, also known as βMePEA, or BMPEA. Some of these companies listed BMPEA as an ingredient on their product’s ingredient listings, while others hid the product behind claims that BMPEA is an extract of the Acacia rigidula plant. These FDA warning letters asserted that BMPEA is not an approved dietary ingredient as defined by 21 U.S.C. § 321(ff)(1). The FDA also stated that BMPEA is not an approved food additive, not approved for use in dietary supplements, with no evidence that the substance is or should be considered Generally Recognized as Safe (GRAS). Additionally, the letter reported that FDA research found that Acacia rigidula does not contain amphetamines like BMPEA. The warning letters stated that products containing BMPEA disguised as the plant extract were all, therefore, misbranded under 21 U.S.C. § 343(a)(1).

Since these warning letters, many of these products have been taken off the market or reformulated. However, Oregon Attorney General Ellen Rosenbaum filed a lawsuit on Oct. 22, 2015 against General Nutrition Centers, or GNC, for continuing to sell BMPEA under the guise of Acacia rigidula in 22 of its workout and fat-burning supplement products. The 30-page complaint goes into significant detail regarding the nature of BMPEA and claims that GNC violated the Oregon Unlawful Trade Practices Act (UTPA) by:

“misrepresenting that various products that GNC sold in Oregon were lawful dietary supplements when in fact those products were adulterated and unlawful because they contained either picamilon or BMPEA, dangerous ingredients that do not meet the legal definition of a dietary ingredient and may not be lawfully used in dietary supplements.”

The two cited ingredients, picamilon and BMPEA, are not approved dietary ingredients or food additives by the FDA. In fact, BMPEA, according to Rosenbaum’s lawsuit, is a synthetic chemical similar to amphetamine and banned by the World Anti-Doping Organization.

Finally, the lawsuit provides several email transcripts claiming to show that not only were GNC representatives aware that picamilon and BMPEA were unapproved components of their products, but may also show that GNC continued to sell products containing picamilon and BMPEA after being warned by the Oregon AG office in June.

New Dietary Ingredients and Substances for Use in Dietary Supplements

The only other way a non-food ingredient (food ingredients are defined as those substances normally eaten as foods on their own by humans, and are not subject to dietary ingredient requirements or GRAS certification) can be included in a human dietary supplement is if it has been found to be GRAS, either by the FDA, on its own or as a result of an industry petition. It is important to note that in its warning letters, the FDA issued an invitation to the warned companies to provide supporting evidence by which the FDA could find picamilon or BMPEA to be GRAS. To date, no such findings have been published by the FDA. Since neither picamilon nor BMPEA are recognized as GRAS products by the FDA, and are not the subject of a new dietary ingredient notice to the FDA, they currently cannot be used in human dietary supplements.

This Oregon suit is simply the next step in an ongoing nationwide investigation into the dietary supplement industry, which began in earnest with the FDA’s announcement on Nov. 18, 2013 of its testing of 21 dietary supplements that were labeled as “all natural.” The FDA found that nine of those tested to contained BMPEA and others had unapproved, synthetic substances not tested for safety in humans. The FDA subsequently seized $2 million in supplements from one manufacturer alone as a result of the Agency’s testing and investigation.

These FDA enforcement actions and investigations continued with several new warning letters to dietary supplement companies issued in April 2015 for selling products containing unapproved ingredients. Again, the FDA found that by including these unapproved substances, the supplements that contained them were rendered misbranded or adulterated. The dietary supplement industry, through these FDA enforcement actions, is on notice that its products are under increased national scrutiny, and an internal review of ingredients, labels, and new dietary ingredient filings is well-warranted.

At Thompson Coburn, we have a team of attorneys with experience filing and advising new dietary ingredient notifications with the FDA, as well as GRAS petitions, on behalf of food and dietary supplement manufacturers for both human and animal products. If you have any questions about the issues in this article, or any others, please contact us.