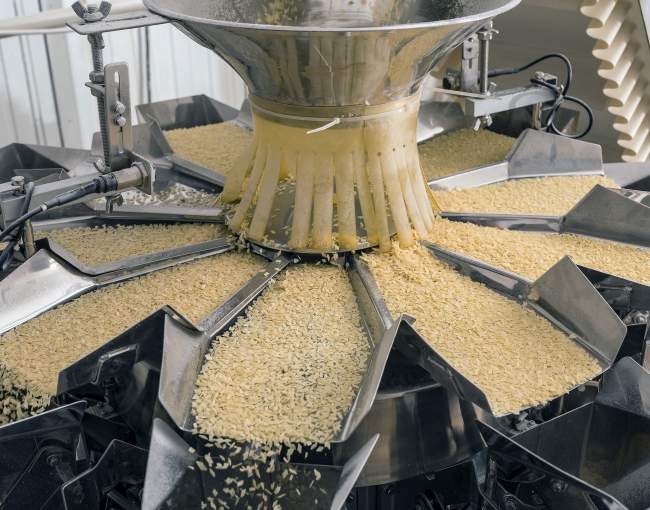 Is the FSMA a plaintiff’s lawyer’s dream and the food industry’s nightmare?

The Food Safety Modernization Act (FSMA) became law in 2011, signaling a sea change in U.S. food safety regulation and making prevention the cornerstone of safety measures. To achieve its lofty goals, while providing time for smaller companies to comply, the FSMA will be phased in over a multi-year period. Indeed, enforcement of certain provisions has only just begun for some food companies, signaling a first look at the long-awaited impact of the FSMA.

While some of the FSMA’s effects are predictable (safer food supply and an increased regulatory burden), some are less predictable. At Life Sciences Decoded, we believe that in addition to its intended effects, the FSMA may also have some unintended negative consequences. For example, some new regulatory requirements (such as the HARPC plan) may give plaintiffs’ lawyers and consumers a comprehensive set of blueprints for bringing successful products liability and unfair trade practices lawsuits against food companies.

This blog post explores how the FSMA’s focus on preventive controls, records keeping, food safety plans, whistleblower protections, and the approaching compliance dates for menu labeling may create a regulatory regime ripe for exploitation by the plaintiffs’ bar.

FSMA’s duties may provide a litigation checklist for consumer actions

As a result of these new requirements and increased documentation demands, plaintiff's attorneys will soon be able to look to a facility’s compliance program and easily determine whether the company complied with its own safety plan and with the FSMA’s stringent standards. They can then argue, based on the company’s well-documented efforts, that it failed to meet a state common law (or statutory) standard of care. Company compliance records, consequently, could be used to support viable claims for foodborne illness, or the reasonableness of a whistleblower’s belief that the company violated the FSMA. (Of course, on the flip side, a well-documented and well-implemented food safety plan can also provide a solid defense to these types of claims, making statutory compliance a critical aspect of any liability prevention program). See our previous post “Protecting food industry whistleblowers: FDA, OSHA team up under FSMA” for more information about the FSMA’s new whistleblower protections.

While compliance dates for rules under the Hazard Analysis and Risk-Based Preventive Controls rule (HARPC) started in September 2016, they have not yet been the subject of litigation. But we can look to the FSMA’s predecessor regulations for some guidance on what to expect.

One of the core rules to arise out of the FSMA was the HARPC food safety plan requirements (21 C.F.R. § 117 et seq.) which requires companies to revamp and rewrite their internal food safety plans to reflect new, more detailed FDA expectations. HARPC is based on the Hazard Analysis and Critical Control Points regulations, also known as HACCP, that originally applied only to juices and seafood. The perceived success of HACCP informed the FSMA’s drafters and is frequently referenced in the HARPC creation documentation. HACCP, in effect since around 2001, has come up in multiple contexts in relation to product liability litigation. We discuss just two examples below.

In 2007, ConAgra recalled its Peter Pan and Great Value branded peanut butter after the CDC found the products contained Salmonella Tennessee. While peanut butter was not subject to processing under a mandatory HACCP regulation, ConAgra had nonetheless voluntarily implemented a HACCP plan. During the case, the plaintiffs hired an expert to inspect ConAgra’s facilities. This inspection included a review of the facilities’ HACCP plans which required a “kill step” to destroy pathogens. The expert determined, however, that the machinery designed to complete this kill step did not work. Ultimately, the expert’s testimony regarding the machinery was rejected on another basis, but that does not detract from the lesson. Savvy plaintiff’s attorneys will seek out a HACCP or HARPC plan as part of discovery and will attempt to use that in litigation. Further, ConAgra reminds the industry that the validation step in a HARPC or HACCP plan is just as important as identifying hazards and creating preventive controls.

Most recently, ConAgra appeared in court during which the company pleaded guilty to a criminal misdemeanor charge for shipping contaminated peanut butter during 2006 and 2007. This agreement resulted in fines and forfeitures totaling more than $11 million.

The FDA’s FSMA regulations go beyond the implementation and requirement for HARPC food safety plans and include new regulations related to the disclosure of certain information on restaurant menus. The new rule requires certain restaurants to disclose calories in menu items. Though the new requirement is not yet in effect, a new lawsuit filed in Los Angeles represents a possible example of the kinds of lawsuits that may arise out of the new rule. In Desmond v. Chipotle Mexican Grill, Inc., three plaintiffs claim they went into a Chipotle store and ordered a chorizo burrito based on a sign that appeared to say that the chorizo burrito only contained 300 calories.

Once consuming the burrito and feeling far more full than anticipated, the plaintiffs investigated the nutrition information on Chipotle’s website and found that the burrito contained closer to 1,100 calories. It turned out that the 300 calories on the menu referred only to the chorizo filling, not the remaining fillings added on top of the chorizo.

The FDA will soon require calorie contents on menu boards in many fast food locations like Chipotle, and covered food companies will need to ensure that not only do they comply with the federal requirements but do so in a way that limits the risk of lawsuits stemming from unclear compliance efforts.

Impact on consumer or whistleblower litigation

Notably, the Food, Drug and Cosmetics Act (FDCA), including the FSMA and accompanying regulations, do not provide a private right of action for individuals. As a result, if a consumer discovered that a food label were incorrect, he or she would not be able to sue the manufacturer for misbranding or mislabeling the product under the FDCA. Likewise, a company discovering the same issue with a competitor’s goods could not bring suit. Note, however, consumers and competitors can file complaints with the FDA.

Nonetheless, the requirements imposed on food companies by the FDCA and the FSMA do create a significant number of legal responsibilities, which may provide support for a lawsuit based in negligence or consumer fraud. See, for example, In re Farm Raised Salmon Cases, 175 P.3d 1170, 1180 (2008), holding that a state law claim for misbranding of salmon because it did not disclose added color was not preempted where the state law labeling requirement was identical to the federal standard.

While some state-law actions will be barred by federal preemption clauses found in the FDCA (see 21 U.S.C. § 343-1), rulings on preemption are inconsistent and outcomes vary depending on the court considering the issue and how the lawsuit is framed. For example, in Gates v. Medtronic, Inc., 1:15-CV-726-RP, 2016 WL 3636902, at *5 (W.D. Tex. June 29, 2016), the court noted that there is a “narrow gap” through which a plaintiff’s claim must fit in order to skirt the preemption clause of the FDCA at issue. There, the court noted, “[t]he plaintiff must be suing for conduct that violates the FDCA, but the plaintiff must not be suing because the conduct violates the FDCA.” (Internal citations omitted.)

Extended to the FSMA’s new requirements, this analysis suggests that a claim against a restaurant for injuries related to inaccurate or misleading caloric content disclosure on a menu would not be preempted, but a claim that a menu displayed incorrect caloric content information in violation of the menu labeling rule or the FDCA would be preempted. In sum, preemption may be your company’s best weapon against claims related to your food safety plan. As usual, the proof is in the pleading.

The importance of the new FDA FSMA regulations and the responsibilities placed on the food industry cannot be understated in the context of food-related litigation. These new duties, at the very least, provide a checklist of items for plaintiffs to consider during discovery and as part of obtaining expert opinions. While food companies must ensure compliance with FDA requirements for the sake of their own internal regulatory compliance efforts, these efforts should also be made with an eye toward limiting liability.

Thompson Coburn has a team of attorneys with experience in food-related litigation as well as FDA regulatory compliance counseling. The Life Sciences Decoded team has been closely monitoring and carefully analyzing the FDA’s ongoing implementation efforts and will continue to do so. To learn more about these rules, how they evolved, and their potential impact on your business, be sure explore all of our posts on Life Sciences Decoded.

If you have any questions about any of the issues raised in this article, or any other food-related questions, please do not hesitate to reach out to us.